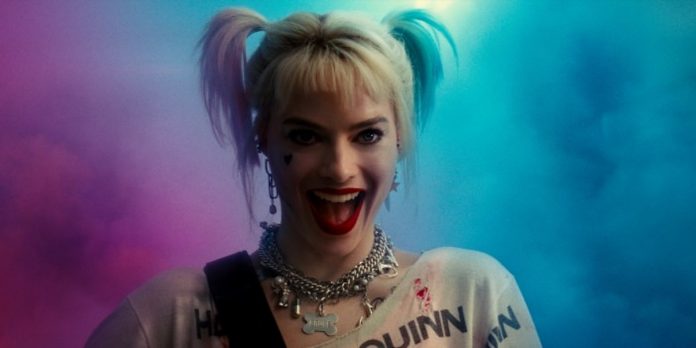 ​While 2020 has been scarcer than usual regarding the year’s film slate, there still have been films that have impacted viewers, whether in theaters when things were still normal or at home when the COVID-19 pandemic arose. Along with these films comes the music that is paired with them. From thunderous synths to a brand new Mitski track, the films of 2020 had some memorable music moments: here are ten of them.

​A neon-soaked fever dream, Amy Seimetz’s sophomore feature, “She Dies Tomorrow,” contemplates human existence and dread, all the while giving way to some of the greatest music moments of the year. The Mondo Boys do an excellent job at conveying terror through their score. It’s the needle drop of Angel Olsen’s “Sweet Dreams” that has stuck in my mind for months. It’s the perfect song to encapsulate how the film makes you feel, as Olsen croons, “Every time I close my eyes/Something small within me dies,” propelling the dread that Seimetz has already instilled within us. Finally, as Olsen howls “Alone/Alone” and later “On your own/On your own,” we are reminded of just how alone we as humans are, in life and ultimately in death.

Superhero films’ scores are usually a hit or miss, with themes being repeated until they become obnoxious, and it’s refreshing to get a score that breaths some new life into the genre. One of the first tracks of Pemberton’s score to play in Cathy Yan’s newly iconic “Birds of Prey” is the hypersonic “Harley Gogo Agogo.” As Harley dashes through a colorful street, bells and alarms clash and immerse you into her chaotic world. It’s something so unlike what is usually heard in superhero films and perfectly emulates the most vibrant and fun DCEU film to date.

An ode to four Black icons, “One Night in Miami…” is nothing short of powerful. From its heightened monologues to its four leads’ intricate performances, the film is one of the best directorial debuts of the year. At the film’s close, as each character’s arc comes to an end, Leslie Odom Jr. (playing Sam Cooke) delivers his rendition of “A Change is Gonna Come.” It’s a commanding arrangement of the iconic anthem of hope, and one that is welcome for the year we just endured.

Who would have thought one of the best songs of the year comes from one of the worst horror films in recent memory? While “The Turning” left much to be desired, its soundtrack is a perfectly crafted haven for Gen Z music lovers. Mitski’s “Cop Car,” which plays in a less than satisfactory scene, is the standout track. As she whispers, “I get mean when I’m nervous like a bad dog/I get mean when I’m nervous like a bad dog,” she crafts a song perfect for a film about wounded children lashing out at everyone around them. While the film is nowhere near memorable, “Cop Car” is one of the greatest movie music pieces to be released this year.

Quite literally abandoned at the beginning of the year, “Gretel & Hansel” is one of the year’s most stunning films. Soaked in color and graced with an intricate production design, the film oozes “spooky” vibes. The most haunting aspect is no doubt Rob’s score for the film and its track “Witchcraft.” Choir vocals mix with steady strings and wind instruments to craft this perfect display of horror, resulting in chills running down your spine. It’s as hypnotic as it is terrifying, drawing you in until you feel like you can’t turn it off.

Hot off his critically acclaimed “Raw” score, Jim Williams is not new to the horror genre. Again, with Brandon Cronenberg’s “Possessor,” the composer creates an immersive and downright haunting score, filled with synths sharp enough to chill the bone. The track “Skin After Successive Skin” is maddening and sounds so vivid, they feel as if they’re scraping against the walls of your brain, making you feel along with the characters that your body is becoming the host of something unfathomable.

This film couldn’t have come at a better time. It’s a joyous display of just how intimate live music can be and is the perfect showcase of why we love David Byrne. Towards the end of the film, when you begin to worry he won’t perform it, the entry guitar chords begin, and the crowd goes wild. While its lyrics are performed in Byrne’s typical near-gibberish singing voice, the beat is so funky it doesn’t really matter what Byrne is saying. It’s the perfect song to capture how joyous seeing live music is, even if we aren’t actually in attendance with the audience.

Probably the most tender film to come out of this harsh year, “First Cow” offers comfort from its characters to William Tyler’s score. While the score isn’t as apparent as in other films released this year, it warms your heart when it comes through. The standout track “Cookie’s Theme” is just like the character: warm and a breath of fresh air. Tyler utilizes guitars and symbols to convey a sense of welcome in and out of the film. It is as if Cookie himself is greeting you at the hotel he dreamed of owning with King-Lu, with the scent of oily cakes present in the air.

Although it came out at the beginning of the year, Benjamin Walfisch’s score for “The Invisible Man” is one that cannot be forgotten. The standout track is “Attack,” a synth-filled beautiful nightmare. In the first “action” sequence of the film, we watch as the Invisible Man attacks Cecilia, holding her in the air as Wallfisch’s score jolts into the scene, bass reverberating as Cecelia tries to escape. The bass gets so heavy at the halfway mark that you can’t help but worry if whatever device you’re listening to the track on can handle it. It’s a masterfully crafted track that conveys an overwhelming sense of dread while also displaying Wallfisch’s extreme talent.

Just when you think this dynamic duo have outdone themselves with their recent “Watchmen” score, Trent Reznor and Atticus Ross surprise you with yet another hit. While “Mank” is different from the films they usually compose, the duo doesn’t seem out of their element at all as they bring in their iconic synths, which sneak in from track-to-track. The standout piece from the 52 tracks, “A Fool’s Paradise,” starts with serene horns but quickly transforms into an upbeat and immersive explosion. The duo even mixes in the sound of a typewriter (on beat no less), making you feel like you’re writing alongside Herman J. Mankiewicz himself.

​What do you think of my list? What re some of your favorite film scores and tracks of 2020? Let us know in the comments section below or on our Twitter account.