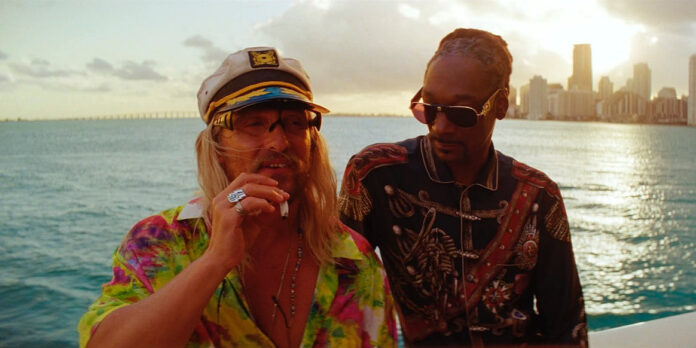 ​​Harmony Korine’s “The Beach Bum” is a massive romantic acid trip dedicated to showing you that the most important thing in life, is making sure you have a good time. The film is comfortable to drift among the ridiculous and over the top actions of the films main character but that becomes fairly hollow after a bit of time. Since the film is focused solely around this emotion and vibe, there is not much more to offer in terms of theme or depth. While a 95 minute long film about an older and slightly different incarnation of Wooderson from “Dazed and Confused’ sounds like an incredible idea on paper, it sadly does not reach the heights it probably could have.

“The Beach Bum” revolves around former poet Moondog (Matthew McConaughey) and the rebellious lifestyle he lives. After a tragedy strikes in his life, he is forced to take a different approach in his life, but he does not listen to those around him and just keeps living his life the way he wants to. We follow him as he weaves his way through different drug and alcohol induced experiences with fellow stoners and drug addicts.

What’s disappointing about “The Beach Bum” is that there are few tangible things to grab onto. It isn’t funny enough to be a breakthrough in “stoner comedies”. It doesn’t offer enough profound moments about how to live your life as well as the afterlife to make it a poetic type of film. It is just scene after scene of Moondog blazing, drinking, snorting cocaine, all sorts of heinous activities which offers up only momentary enjoyment. It does offer a fun viewing experience, especially with a large audience, but there is no denying the film’s faults.

One of the best aspects of “The Beach Bum” is its look. It’s a movie that looks the same way it feels. It’s all about the positive vibes and living life to the absolute max and the cinematography takes that exact same approach. There are several scenes where the characters act behind a massive display of fireworks. The camera movements are fluid and constantly floating, acting almost like it has a mind of its own. It has the same shambling and stumbling that all of the stoned characters in the film have which is kind of delightful in a way.

Harmony Korine said he just wanted to make a film that felt good and was about having a good time and this definitely succeeds in that regard. His latest effort is fun to just lose yourself in for a while among the ridiculousness that all of the characters pursue but one cannot hope for more than that. If the film had a shorter run time, it could’ve easily been a whole lot better. The stamina of the good time mentality can only last for so long until it becomes repetitive and we crash and burn.

“The Beach Bum” came incredibly close to being the next amazing stoner comedy film but falls a bit flat. It is a ton of fun for a good portion of the runtime but it does start losing its balance and stumbles into some deep water, much like its main character. Korine continues his streak of creating gorgeous looking films as “The Beach Bum” is a downright stunner in terms of its visuals. So, it does get several things right but Korine cannot fully nail the execution.