The Battle For Best Original Song At The 94th Academy Awards 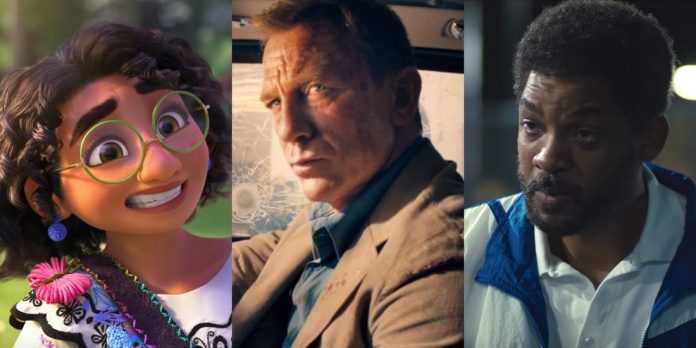 ​​It feels like it’s been quite a few years since we’ve had a real “competition” in the Best Original Song category at the Oscars. Sure, last season, we had a different winner at almost every televised ceremony (“Io sì (Seen)” at the Golden Globes, “Speak Now” at the Critics Choice Awards, “Fight for You” at the Academy Awards, etc.) but that was primarily due to a lack of passion for one contender rather than conflict caused by two or three titans going head-to-head-to-head. Before that, songs like “City of Stars,” “Shallow,” and “(I’m Gonna) Love Me Again” sailed through the season practically unopposed.

​However, all of that is set to change this year, as three artists with equally alluring narratives are preparing to face off for the Oscar for Best Original Song: Beyoncé, Billie Eilish, and Lin-Manuel Miranda. Will “King Richard’s” end-credits number “Be Alive” finally be Beyoncé’s ticket to the Dolby Theatre? Will Billie Eilish follow in the footsteps of Adele and Sam Smith and be the third singer in a row to win the Best Original Song award for a James Bond movie? Or has Lin-Manuel Miranda’s Oscar moment arrived at last?

Beyoncé – “Be Alive” from “King Richard”
After being left off the list of nominees for the Best Original Song in 2019 (“Spirit” from “The Lion King“), “Be Alive” from this year’s “King Richard” might be Beyoncé’s best bet at the Oscar. To start, “King Richard” looks like a much stronger contender across-the-board than “Dreamgirls” – where Beyoncé saw her last nomination in the category – or “The Lion King,” as lead star Will Smith is currently the frontrunner for Best Actor, and the film itself is looking like a top-tier Best Picture contender. That kind of attention and visibility means that everyone who goes to see what all the hype is about for Smith’s big Best Actor play will also leave the theater humming Beyoncé’s end-credits ballad – a compassionately crafted crowdpleaser (much like the movie itself), according to those who have heard it.

There’s also the overdue factor to consider. How is it that one of the most prolific performers of our time doesn’t have an Oscar yet? If Smith truly starts sweeping awards in the Best Actor category, the appeal of a headline highlighting his and Beyoncé’s dual Oscar wins might be too tempting to ignore. Two of the most prominent Black artists in the world winning Academy Awards in the same evening? That’s a moment for the history books.

Billie Eilish – “No Time to Die” from “No Time to Die”
After becoming the youngest artist in Grammy history to win all four general field categories (Album of the Year, Record of the Year, Song of the Year, and Best New Artist), Billie Eilish is poised to add even more hardware to her already crowded awards shelf with her Best Original Song play “No Time to Die” from Daniel Craig’s bombastic finale of the same name as super-spy James Bond. First of all, let’s look at precedent: The last two titles in Daniel Craig’s run of James Bond films, “Skyfall” and “Spectre,” both produced Best Original Song wins for artists Adele and Sam Smith, respectively. That’s one hell of a track record. Additionally, Eilish’s number is just as eerily ethereal as those two numbers, as well. And when played over the film’s operatic opening, its appeal is only enhanced.

It also helps that Eilish is still the “It Girl” of the music world, and in many ways, the voice of her generation. That success hasn’t stopped, as after her impressive awards haul at the 2020 Grammys, she released her second studio album this summer, and it quickly became Eilish’s second number-one album in the United States. Furthermore, a win for Eilish would be yet another historic achievement for the young artist, since, as of next March, she’d be the second-youngest winner of the Best Original Song Oscar, only after “Once’s” Markéta Irglová, who was four days shy of turning 20 when she won (Eilish would be 20 years and three months old).

Lin-Manuel Miranda – “Colombia, Mi Encanto” from “Encanto”
Lin-Manuel Miranda has been fighting for an Oscar for almost five years now. Ever since “Moana’s” “How Far I’ll Go” was beaten by “La La Land’s” “City of Stars” at the 89th Academy Awards, he’s been angling for his second nomination in the Best Original Song category. And this year, he has two big bets: “Colombia, Mi Encanto” from Walt Disney Animation’s “Encanto” and “Keep the Beat” from Netflix’s “Vivo.” However, with Disney’s marketing muscle and the likelihood that “Encanto” is a bigger awards contender overall than “Vivo,” we’d pin our hopes on that number at the moment.

Featured in the film’s teaser trailer, “Colombia, Mi Encanto” seems like a classic Lin-Manuel Miranda song, backed by terrific toe-tapping beat and featuring vibrant vocals as he compassionately captures the complexity of Colombian culture. It remains to be seen if “Encanto” is more of a “Frozen” (a complete critical and commercial smash hit) or a “Moana” (a respectable performer that receives awards recognition but no wins). At the moment, Miranda’s music is still firmly in the mix. Further bolstering his campaign is the fact that, were Miranda to win the Best Original Song Oscar, he’d finally complete his EGOT – a major honor for one of the most talented musicians of this era.

Which of these songs looks to be the strongest at the moment? Do you think another contender is waiting in the wings to claim the Oscar as its own? Let us know your thoughts in the comments section below or on our Twitter account and be sure to check out our current predictions for Best Original Song here.