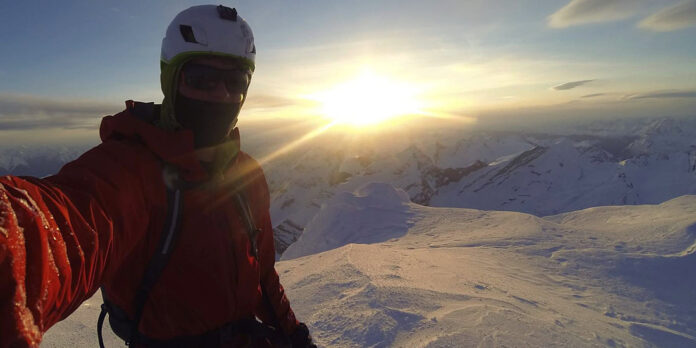 THE STORY – The life of Canadian mountain climber Marc-André Leclerc, who lives an elusive and nomadic lifestyle while attempting extremely difficult climbs. Among these is an expedition to Patagonia that pushes the boundaries of climbing possibilities.

23-year-old Marc-André Leclerc is somewhat of an odd choice for the subject of a documentary. Though he is a skilled solo free climber, he’s not one for cameras or the limelight. But in many ways, that makes him the perfect person for filmmaker Peter Mortimer to follow to get to the bottom of why people engage in this extremely dangerous and sometimes deadly activity. Directed by Mortimer and Nick Rosen, “The Alpinist” is the culmination of two years following Leclerc as he climbs.

The Marc that we see on camera is a bit dorky. He’s not used to being interviewed, and it shows. Originally from British Columbia, the climber is in Squamish when Mortimer finds him, dedicating most of his time to climbing. While he got caught up in partying and drugs at one point, by 23 years old, Marc is primarily interested in two things: climbing and his girlfriend, fellow climber Brette Harrington. Harrington, Marc’s mother, and other climbers give interviews that help flesh out the idea of who the somewhat elusive man is. But what makes Marc genuinely unique compared to your typical extreme sports documentary subject? His lack of competitiveness against others. He’s not trying to set records and gain achievements. Instead, he says, he just wants to “have a casual fun adventure and cruise around.” This isn’t to say that he’s not dedicated, because he is — to carrying on the tradition of other climbers who came before him and challenging himself.

Marc acknowledges that free solo climbing is dangerous and that many of the most famous climbers who use this style, in which there are no ropes or anything to keep the person from falling, end up tragically dying. Marc, though, is focused on the experience of it and how it makes him feel. It’s refreshing to watch and makes him rather endearing. Up until a particularly impressive climb that was reported on climbing blogs, Marc had flown relatively under the radar. He’s well known in the local community he’s living in but isn’t as high profile as you would expect someone of his skill set to be. According to Harrington, he’s “too busy climbing” to even care about the movie being made about him.

“The Alpinist” is full of stunning footage of the mountains and Marc climbing. Some of the footage in the latter part of the documentary was filmed by him or one of his climbing friends. All of the footage is particularly impressive, considering how difficult these mountains are to access. There is a particularly thrilling moment of Marc ice climbing on a frozen mountain with no music and only the sounds of his tools in the ice. Marc is a complex subject to get close with. Yet, including shots of him playing with children at campsites and a video message sent to his girlfriend, we’re able to get an idea of who he is, not just as a climber but as a man. The documentary gives us not just a fascinating look at climbing but at Marc’s motivations for doing it.

Comparisons will inevitably be made between “The Alpinist” and “Free Solo,” but the films are markedly different. While “Free Solo” is focused on one specific climb and has elements of being a thriller, “The Alpinist” is much more concerned with capturing a way of life, as shown by Marc himself. It’s not only well shot and put together, but it feels like a breath of fresh air to see one man’s pure love for his sport documented.