The Academy: When Will They See Us? 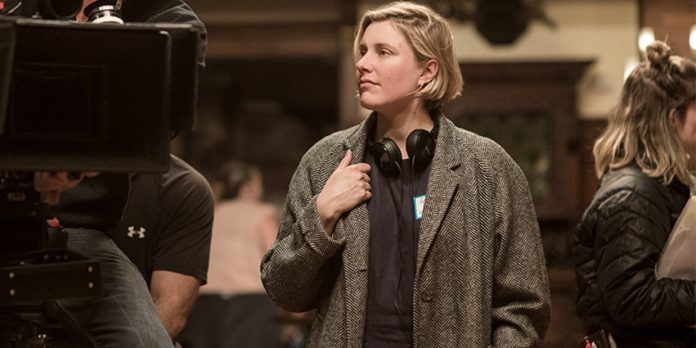 By Lauren LaMagna
​
On January 13, 2019, the nominations for the 92nd Academy Awards were announced. Once again, the honorees all had a lot in common, especially concerning their race and gender. After years of promising diverse works, inclusion riders, and more diverse voting branches since #OscarSoWhite in 2015, we are still seeing the same results. Today officially marks the start of Oscar voting for this particular set of nominees, and I want to pose one question: When will the Academy see the rest of us?

What makes this year’s Oscar nominations so uncanny is that it actually doesn’t reflect 2019 in film, which was a great and positive year for women and people of color. Last year, there were several films comprised of diverse casts, told by diverse storytellers, and that told diverse stories. This year alone, 20% of directors, writers, producers, executive producers, and cinematographers of the top 100 films were women, which is a 4% increase from last year. Also, in the independent film world, 33% of the directors were women. Even though this is nowhere near equality, it’s progress. Within the last few years, and with help from the cultural shift in society, women in film have been getting more opportunities to tell their stories. That was reflected to a high degree in 2019, which only helps the issue of representation of women on screen.

Last year also showed an increase in female characters on screen. Women accounted for 37% of major characters, which is a one percent increase from 2018. Again, this is nowhere near equality, but any upward movement is good movement. It’s also important to note that men also made films that centered around women, like Jordan Peele’s “Us” and Ari Aster’s “Midsommar.” But in 2019, we saw films directed by women, that starred women, and were well-liked by both critics and audiences These films were accepted into film festivals, received distribution, and people (both women and men) went to the cinema and enjoyed them. Within all the top films of the year lists, there was always at least one female-directed film present. From Greta Gerwig’s “Little Women,” Lulu Wang’s “The Farewell,” Lorene Scafaria’s “Hustlers,” Alma Har’el’s “Honey Boy,” Melina Matsoukas’s “Queen and Slim,” Olivia Wilde’s “Booksmart,” and more than I can name; women and people of color were making films in 2019 and they were making great films. So how come there aren’t more women and people of color nominated at this year’s Oscars?

​Even after the Academy invited over 900 new members last year in the hopes to diversify its branches, particularly in regards to women and people of color, we are still seeing the same results. There was a lot of diverse talent to choose from. From Awkwafina and Zhao Shuzhen in “The Farewell,” Jennifer Lopez in “Hustlers,” Lupita Nyong’o in “Us,” Eddie Murphy in “Dolemite Is My Name,” and Song Kang-ho in “Parasite,” to name a few. Yet the acting branches could only find room to nominate one person of color, in the role of a slave. The same can be applied to the screenwriting category where, out of the two categories, only one woman is nominated for solo work, while another co-wrote a screenplay. This could be the result of a condensed awards season, but it also shows that the branches are still not nominating many people of color or women (unless they have to, like in the actress categories). Even with the huge increase in members, the Academy is still 68% male and 84% white and these nominations prove that dark fact.

I’m not saying that the nominated works this year don’t deserve their nominations, but having the Academy acknowledge the same type of work year after year (men at war, men and guns, men and the mob, men and their buddies, etc) – especially after the tectonic shift of women and people of color in film – is puzzling. It simply doesn’t reflect the cinematic landscape. The Academy has the great honor and responsibility to acknowledge the best films of the year and film is supposed to reflect human society onto its audience. In 2019, society was reflected back to its audience with the help of female artists – and audiences embraced them. These films got both critical acclaim and made money at the box office. The art is being made and that art is good and connecting to mass audiences. It’s now the Academy’s job to acknowledge that art. An Oscar nomination signifies that that film is respected, valued, and important, and so too the people who make them. So if the Academy acknowledges the same types of films year after year after year, what does that say about the films that never get nominated? Are they not valued and important, groundbreaking cinema? Or is it that the Academy just doesn’t acknowledge their stories because again, the films are being made and praised. The ball now lies in the Academy’s court, who for some reason, doesn’t want to play.

Do you think the Academy will ever change their ways? Do you care about the  Oscars this year ever since the nominations came out? Let us know your thoughts in the comments section below or on our Twitter account.