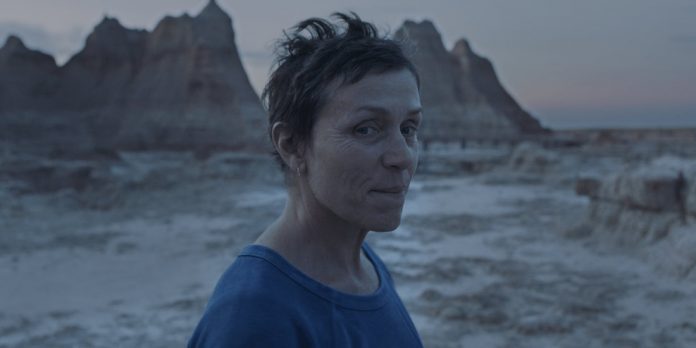 By Cody Dericks
​
As per their Twitter, the Toronto International Film Festival has announced that the winner of the People’s Choice Award for the 2020 festival is Chloe Zhao’s “Nomadland.” The first runner-up is Regina King’s “One Night in Miami” and the second runner-up is Tracey Deer’s “Beans.” This marks the first time that all three films recognized by the People’s Choice Award come from female directors since the festival began announcing the award’s runners-up.

​This prize is often seen as an indicator of future awards success. Eleven of the past twelve films awarded went on to receive Best Picture nominations from the Academy Awards.

Do you think this means that “Nomadland” is destined for Oscars success? What about the other films awarded at TIFF? Let us know in the comments section below or on our Twitter account.