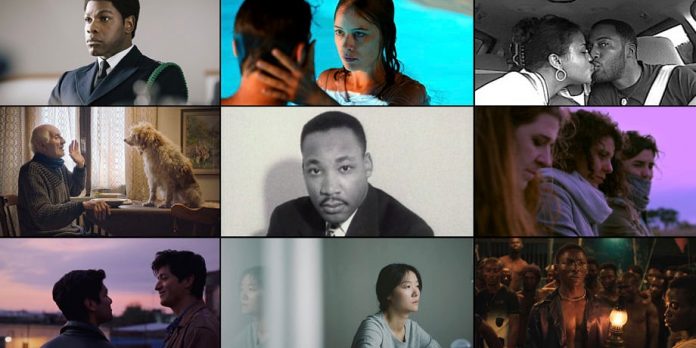 The 58th New York Film Festival announced its main slate on Thursday. This year’s films range from all over the world, as they are from 19 different countries. Due to the COVID-19 pandemic, the festival will be hosting drive-in and virtual screenings as it runs from September 17th to October 11th.

Previously, it was announced that Steve McQueen’s “Lovers Rock” was opening the festival, that Chloé Zhao’s “Nomadland” was the festival’s centerpiece, and that Azazel Jacobs’ “French Exit” would end the festival.

The full lineup has been posted below:

Dennis Lim, the Director of Programming for the NYFF, said in a statement, “The disorientation and uncertainty of this tough year had the effect of returning us to core principles. To put it simply, the Main Slate is our collective response to one central question: which films matter to us right now? Movies are neither made nor experienced in a vacuum, and while the works in our program predate the current moment of crisis, it’s striking to me just how many of them resonate with our unsettled present, or represent a means of transcending it. It has been a joy and a privilege to work with a brilliant, tireless programming team—the newly composed selection committee and our new team of advisors—and we are truly excited for audiences to discover and discuss these films.”

What do you think of NYFF’s lineup? Which films are you most excited for? Let us know in the comments section below or on our Twitter account.