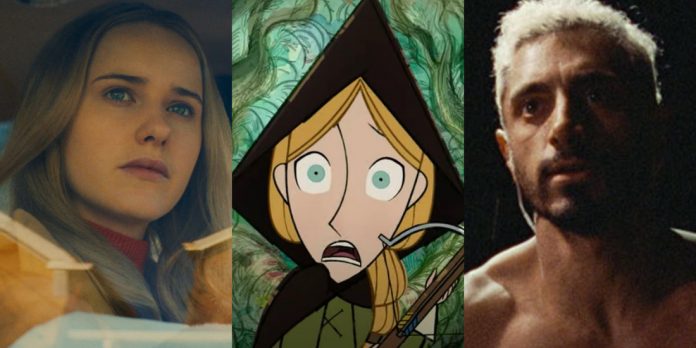 The virtual edition of the 2020 AFI Fest, has announced its full lineup this year which will play alongside the previously announced, “I’m Your Woman” (Opening Night Film),“My Psychedelic Love Story” (Closing Night Film), “The Father,” “Fireball,” “A Suitable Boy” and the world premieres of Kelly Oxford’s “Pink Skies Ahead” and Angel Kristi Williams’ “Really Love.” The festival is set to take place October 15 till October 22nd.

WORLD CINEMA
A collection of diverse narrative feature films from celebrated storytellers across the world.

“My Donkey, My Lover and I”
When Antoinette’s secret lover cancels their romantic getaway for a preplanned six-day hike with his wife and daughter in the French mountains, Antoinette impulsively decides to follow and surprise him.
DIR Caroline Vignal. SCR Caroline Vignal. CAST Laure Calamy, Benjamin Lavernhe, Olivia Côte. France

“Uncle Frank”
When a death in the family strikes, Beth and her uncle Frank set out on a road trip to their hometown to confront their family and their pasts.
DIR Alan Ball. SCR Alan Ball. CAST Paul Bettany, Sophia Lillis, Carson Holmes, Peter Macdissi, Steve Zahn, Judy Greer. USA

NEW AUTEURS
A platform for new voices and new stories, these exciting narrative works push the boundaries of contemporary cinema.

“Nasir”
For Nasir, the minor setbacks of the day to day are surmountable, but he lives in Tamil Nadu, a state in southern India where Hindu nationalism is pervasive and violent extremism is on the rise.
DIR Arun Karthick. SCR Arun Karthick. CAST Koumarane Valavane, Sudha Ranganathan, Yasmin Rahman, Sabari, Bakkiyam Sankar. India, Netherlands

“Nine Days”
A science fiction thriller with a spiritual bent in which a mysterious man (Winston Duke) interviews five unborn souls in a quest to determine which one of them will be given life on Earth.
DIR Edson Oda. SCR Edson Oda. CAST Winston Duke, Zazie Beetz, Benedict Wong, Tony Hale, Bill Skarsgård, David Rysdahl. USA

DOCUMENTARY
A presentation of the most engaging and powerful real-life stories depicted in global nonfiction cinema that enlighten, educate and entertain.

“The American Sector”
The fall of the Berlin Wall marked the end of the Cold War. Thirty years later, two filmmakers comb the U.S. in search of fragments of the wall and what it represents.
DIR Courtney Stephens, Pacho Velez. USA

“Downstream to Kinshasha”
Filmmaker Dieudo Hamadi follows a group of severely injured survivors of Congo’s Six-Day War on a harrowing journey down the Congo River to the capital as they seek government compensation for their injuries.
DIR Dieudo Hamadi. SCR Dieudo Hamadi. Democratic Republic of the Congo, France, Belgium

“Jacinta”
The camera follows Jacinta, mid-twenties, everywhere – in prison, at the sober house and in the car looking to score. This beautifully crafted, slice-of-life documentary will leave you shaken and profoundly moved.
DIR Jessica Earnshaw. USA

“The New Corporation: The Unfortunately Necessary Sequel”
The filmmakers behind 2003’s penetrating documentary THE CORPORATION return with an incredibly timely and urgently needed sequel that lays bare the psychosis of the corporation and what can be done about it.
DIR Joel Bakan, Jennifer Abbott. SCR Joel Bakan. FEATURING Charles Officer (narrator). Canada

“No Ordinary Man”
No Ordinary Man is an in-depth look at the life of musician and trans culture icon Billy Tipton. Complicated, beautiful and historically unrivaled, this groundbreaking film shows what is possible when a community collaborates to honor the legacy of an unlikely hero.
DIR Aisling Chin-Yee, Chase Joynt. SCR Aisling Chin-Yee, Amos Mac. Canada

​CINEMA’S LEGACY
The Cinema’s Legacy section is devoted to celebrating the history of the motion picture. It is a unique opportunity to discover lesser known titles for the first time, as well as to recognize and revisit significant films from the diverse and expansive history of filmmaking. Guest curated by Racquel Gates.

“Just Another Girl on the I.R.T.”
Growing up middle-class in Brooklyn in the ‘90s, 17-year-old Chantal is on the road to fulfilling her med school ambitions, but her upward trajectory is derailed when she receives unwelcome news.
DIR Leslie Harris. SCR Leslie Harris. CAST Ariyān A. Johnson, Kevin Thigpen, Ebony Jerido, Jerard Washington, Chequita Jackson, Kisha Richardson. USA