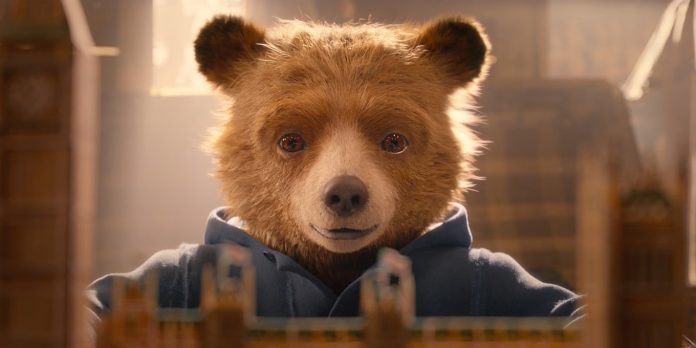 Never one to disappoint the tabloids, BAFTA have once again produced a befuddling set of nominees with the clear intent of throwing a jolly big cat among the Hollywood pigeons.

It comes as no surprise that “Dunkirk” and “Three Billboards Outside Ebbing, Missouri” are among the most nominated films, with eight and nine respectively including Best Film, but bizarrely enough it was the latter which found a place among the list for Outstanding British Film. “Dunkirk” had to make way for “Paddington 2”. No joke.

​​Click below to read more about my reactions to this year’s nominees.

​​The British family comedy sequel landed itself with three nominations including Adapted Screenplay and Supporting Actor (Hugh Grant). Indeed its inclusion in this category is perhaps one of the biggest mysteries in awards season history. It is widely known, if not openly encouraged, that the BAFTAs offer a platform for British productions which may otherwise struggle to break through in the major Hollywood honors, but this is unquestionably absurd. However, as with any ballot, it’s all about the odds so “Dunkirk’s” cast missing out on any acting recognition in favor of Hugh Grant is not hard to believe. Kenneth Branagh, Mark Rylance, and Tom Hardy are all being campaigned in supporting and will likely fall foul of split votes among the film’s voting fanbase.

Also flying the British flag is “Darkest Hour” which rightly put Gary Oldman on course for his BAFTA – if you can find anyone taking bets put every penny you have on Oldman winning Leading Actor and thank us later. The World War II drama received nine nominations, tying with “Three Billboards Outside Ebbing, Missouri” and second only to “The Shape Of Water”, both have been far more prominent throughout this season, but based on its apparent broad popularity on the ballot you should not rule out “Darkest Hour” causing an upset or two.

Competing against Gary Oldman is a welcome surprise in the form of Daniel Kaluuya, who gets a BAFTA nomination for “Get Out.” Daniel Day-Lewis is also in the mix for a performance which may be earning a few extra sympathy votes considering it’s his last and is joined by Timothee Chalamet who certainly wins the popular vote this year for “Call Me By Your Name”. But the most surprising Leading Actor this year is Jamie Bell; British, obviously, and a well-received nominee (on this side of the pond at least) for “Film Stars Don’t Die in Liverpool.”

​The Leading Actress nominees are more familiar, with the exception of Bell’s co-star Annette Bening. She joins Saoirse Ronan, Margot Robbie, Sally Hawkins and new favorite Frances McDormand. Meryl Streep’s absence punctuates a complete shut out of Spielberg’s “The Post”, which was until recently considered one of this year’s big hitters, now rapidly losing steam following a string of recent omissions.

“Lady Bird” also would have been hoping for a better result in the major categories, with only Ronan, Laurie Metcalf (Supporting Actress) and Greta Gerwig’s screenplay getting nods. Unlike “The Post,” it remains one of the favorites heading towards the Oscar nominations.

Some of the more predictable nominees this year include Roger Deakins’ cinematography for “Blade Runner 2049,” Disney Pixar’s animated feature “Coco” and Alexandre Desplat’s score for “The Shape Of Water.” The force was strong with “Star Wars: The Last Jedi” as it made a dent in the technical categories, while “Beauty and the Beast” sealed a pretty good day for Disney.

So what will the BAFTAs actually tell us?

Well, it looks like a downward trend for “The Post”, which could still see Streep nominated by the Academy, because why the hell not, but Hanks has been waiting almost two decades for another Oscar nod and was unfairly ignored in 2014 – a year in which he gave two worth performances in “Saving Mr. Banks” and “Captain Phillips”, so it doesn’t look promising now.

The three biggest contenders this year across the board look to be “Dunkirk,” “The Shape Of Water” and “Three Billboards Outside Ebbing, Missouri,” but both “Lady Bird” and “Get Out” show consistent signs of a late surge. Their slow build and tactical victories are reminiscent of “Moonlight,” and considering the mass demonstration of solidarity at the Golden Globes, “Lady Bird’s” strong female-led production, both in front and behind the camera, make it a very strong protest vote for those who don’t like it and an obvious vote for those who do.

The only award you can influence is the rising star award, but Daniel Kaluuya’s increasingly vocal grass roots-bordering-cult level fanbase could make this an absolute runaway. You can see all the nominees and vote here.

The overwhelming skew towards British productions, in some categories at least, borders on the farcical, but assuming “Darkest Hour” and “Paddington 2” pose no serious threat in the Oscar race, there remain only a few films to keep a close eye on.

The BAFTA Film Awards are being presented from London on Sunday 18th February.