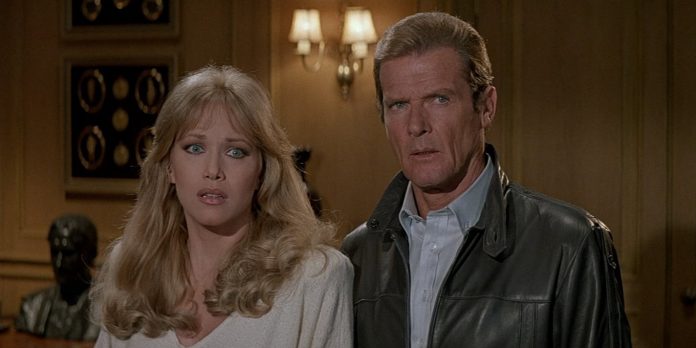 ​One of the great things about the James Bond fandom is the diversity of opinions on the series. No two fans will have the same answers discussing their favorite or least favorite elements in the franchise, and that’s always something that I have treasured as a member of this fandom myself. While there’s a consensus around the popularity of certain films and actors, you will be able to find passionate defenses of nearly any aspect you can imagine. It’s something that makes the appreciation of these films rather unique, and it’s especially fascinating when it comes to some of the most polarizing films in this history. “A View to a Kill” is undoubtedly one that inspires conversation, and as it has recently celebrated its 35th anniversary, it’s a good time to reflect on one of the oddest entries in 007’s adventures.

Bond films are always more interesting when you contextualize them within the times they were released. Sometimes, they are directly reactionary to the popular culture in cinema, from the space bound-adventures in “Moonraker” mirroring the popularity of “Star Wars” to the gritty stunt work in “Quantum of Solace” that took heavy influence from the competing Bourne series. There is no direct parallel in this sense for “A View to a Kill,” but there’s a fascinating element at play considering its star. The action films of the 1980s saw the rise of hyper-masculine gods, with their exaggerated physiques and petulance for gratuitous violence. They are blunt and uncomplicated, a far cry from the world of a superspy that values intellect and gadgetry as much as an old-fashioned fistfight. That dichotomy already sets up James Bond at odds with his contemporaries at the time, but those differences become compounded when looking at the actor playing the role.

At this point, Roger Moore had been playing James Bond longer than any other actor. His tenure is one of the most divisive as many of his films are responsible for the sillier elements of the series which took away the harder edge that was established earlier. By 1985, Moore was also the oldest actor playing this character (he was 57 at the time of filming). There was already a feeling he should have retired the part several films previous, and no attempt to conceal his age would be successful at this point. Not only is this issue exacerbated by the even more obvious use of stunt doubles throughout the film, but by the much younger cast that surrounds him. It’s especially difficult to look past the age difference between him and his leading lady, Tanya Roberts, 28 years his junior.

​What’s fascinating is that the general feeling around “A View to a Kill,” particularly within the fandom, has always felt quite special. There’s no denying that its star is getting long in the tooth, that its story feels sluggish and derivative, and that much of its action spectacle isn’t extraordinary. Still, there’s a particular charm that’s made it an endearing film throughout the decades. Some of that is in its villains, which often determine the success of a Bond film. The series hasn’t always been known for casting A-listers in these roles, but an exception was made here: Christopher Walken as the chief antagonist, Max Zorin, was the first Oscar-winner to play a Bond villain – something the series has done for three consecutive films in the modern age. Paired with him is Grace Jones, a striking and eccentric cultural figure who lights up the frame. Both of them are bold performers and provide a unique flavor of energy to the film that’s made them some of the most memorable characters in the series. They encapsulate the classic eccentricity of grandiose Bond villains while also fitting into a contemporary aesthetic of the 1980s.

Of course, one can’t forget the man of the hour himself. This marked the final appearance of Roger Moore as James Bond, and the swan song always gets looked at with melancholic nostalgia. For many, it’s hard to look past the obvious aging of the actor in a role that he can no longer meet the physical demands of. However, for others, it’s yet another oddity to consume – which also indulges on Moore’s sharp delivery and charming persona. These elements were always what endeared most to his portrayal of the character, and it’s not only present here but feels somewhat heightened when juxtaposed against the obvious attempts to hide his limited mobility. It’s difficult to argue that this is a good quality of the film, but it’s one that many see as pleasing. Moore was the lover, not the fighter. His beaming personality is mostly what guides you through the films he starred in, and raised eyebrows and quick one-liners go a long way in forgiving some of the weaker elements.

The Bond series has continually been subjected to peaks and valleys, and the answers as to which films fall within those categories will change depending on who you ask. To me, that’s always been the beauty of the community that these fans have built. One can find affection for any entry and, for the most part, there’s an enthusiastic embrace of this concept. “A View to a Kill” has many flaws, but it fits into the category of films one can enjoy despite them. It’s an odd picture with an aging action star, but he disarms more through charming retorts rather than physical combat. The villains hatch a convoluted plot, but they’re played by great actors with tremendous screen presence. Also, one can’t forget the energetic theme song by Duran Duran, a rocking ‘80s ballad that remains a highlight for the series. This film will never cease being a divisive one, but for more than three decades, it continues to be the subject of much conversation. Here’s hoping to many more decades occupying such discussions.

What do you all think of “A View To Kill?” Where does it rank in the James Bond franchise for you? Let us know in the comments section below or on our Twitter account.