Surveying The Oscar Field – Where Do The SAG Nominations Leave Us? 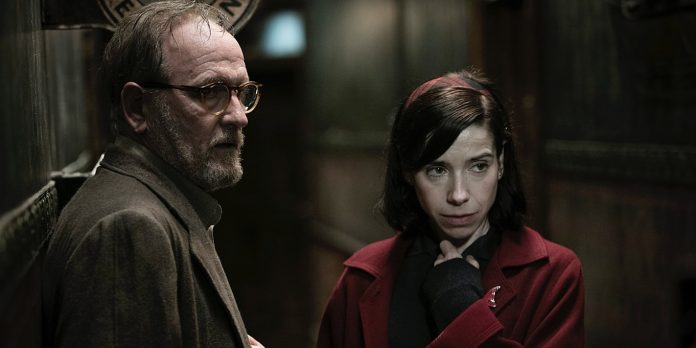 It’s been a busy week if you’re following the Oscar race. In addition to the onslaught of critics awards over the past two weeks, Monday brought us the Golden Globe nominations, and Wednesday gave us the Screen Actors Guild nominations. Though the Globes may have a higher profile, the SAG has much more overlap with the Academy Award voters. While these nominations seem to have solidified a few things, we’ve still got a few questions. Let’s take a deep dive into each category and see how they’ve affected the race.

We got a couple big surprises right off the bat in this category: Steve Carell for “Battle of the Sexes” and Woody Harrelson for “Three Billboards Outside Ebbing, Missouri.” Neither of these men has really been showing up this season. Carell did score a Golden Globe nomination, but in the weaker field for Best Actor (Comedy/Musical). Hugh Grant achieved this same feat last year for “Florence Foster Jenkins”, but didn’t repeat at the Oscars. Expect the same from Carell. Harrelson hasn’t done much better. Since he’s been battling with his co-star Sam Rockwell, this is his first major nomination of the season. This is a very helpful step toward keeping him in the conversation, but it’s highly likely he’ll be pushed out of the Oscar category by one of our big snubs here, which we’ll get to in a minute.

Our two frontrunners, Willem Dafoe and Sam Rockwell, landed their expected nominations for “The Florida Project” and “Three Billboards Outside Ebbing, Missouri,” respectively. These two have been certain nominees for months now, and nothing has changed for them. Also nominated was Richard Jenkins for his role in “The Shape of Water.” Though he faces competition from his own co-star, Michael Shannon, it certainly seems likely Jenkins will continue to receive the majority of the love, following up on his Globe nomination. As we pointed out in our Golden Globe nominations analysis, Shannon could still sweep in and take the nomination from Jenkins (Like he did for “Nocturnal Animals” just last year), though it seems unlikely as last year, Shannon at least had a Critics Choice nod to help his chances. Aaron Taylor-Johnson hadn’t received a SAG nomination before getting snubbed, so Jenkins seems to be in better shape.

Which brings us to our snubs. First and foremost, Armie Hammer missed here. He is arguably in third place behind Dafoe and Rockwell but missed a key nomination with SAG. Though that’s obviously not helpful, he should mostly feel secure due to his high profile all season long, along with his precursor nominations and general love for the film overall.

With Dafoe, Rockwell, Hammer, and Jenkins feeling pretty solid, there are quite a few men who could fill that spot, and Harrelson and Carell don’t feel like very safe choices. Michael Stuhlbarg has been showing up very consistently this season, and could easily make it in. Jason Mitchell, Patrick Stewart, and Mark Rylance have gotten a few critics mentions. And then there’s recent Globe nominee Christopher Plummer. This fifth spot could go in a lot of directions. Still, the safest bet feels like Stuhlbarg but don’t discount that SAG nomination for Harrelson who is having a banner year just as much as Stuhlbarg.

Though this category has been the least solid of them all, the SAG nominations may have clarified things quite a bit. Laurie Metcalf and Allison Janney, our only true locks this season, scored nominations here. Like Dafoe and Rockwell, these two will be in close competition, but it feels like the Oscar is Metcalf’s to lose.

Next, Mary J. Blige and Holly Hunter received nominations. Blige has been getting lots of love for her role in “Mudbound.” After showing up both here and at the Globes, an Oscar nomination certainly feels within reach. Netflix may have their first acting Oscar nomination here. Hunter, after missing a Globe nomination (Where “The Big Sick” was oddly shut out completely), feels vindicated here. The Globes seem to have been a fluke, putting Hunter right back into the conversation. And because it seems likely that “The Big Sick” won’t find its way into any other Oscar categories, a nomination for Hunter could be the film’s representation. These two actresses, though not as guaranteed as Metcalf and Janney, feel like safe bets at this point.

The final nominee was Hong Chau for “Downsizing.” Though the film has been receiving mixed reviews, Chau has largely been singled out as a positive note. Though she didn’t receive as many mentions earlier in the season, or from many critics groups, she’s certainly rallied. Chau has Critics Choice, Globe, and SAG nominations. Even Hunter only has two of those three. Still, because she’s representing a movie that doesn’t exactly have wide acclaim, an Oscar nomination doesn’t feel guaranteed.

A few actresses missed here. Tiffany Haddish could certainly rally. She’s well loved in many circles and could make a surprise entrance into the Oscar lineup. If the Academy loves “The Shape of Water” as much as many are expecting them to, it wouldn’t be shocking for Octavia Spencer to ride that wave to a third nomination. And what about latecomer Lesley Manville who critics keep going to bat for with “Phantom Thread?” Keep an eye on these women, even if they didn’t score at SAG.

Both of the leading categories, though the SAG lineups won’t likely match the Oscars, have given us lots of clarity. Unsurprisingly, Gary Oldman, Timothée Chalamet, and James Franco each received a SAG nomination today. These three have scored everywhere they needed to all season long.

One person scored today who has been doubted for much of the season: Daniel Kaluuya. For a while, it seemed that he would only be a low-level contender, and few thought he had a real chance at a nomination. Now he is sitting on Golden Globe, Critics Choice, and SAG nominations. “Get Out” will be a contender across the board. This nomination seems to have solidified his place in the Oscar lineup where he belongs.

Finally, our surprise nominee was Denzel Washington for “Roman J. Israel, Esq.” Though Washington is well loved, this film isn’t. It’s a bit of a mystery how he scored this nomination (And the Globe nomination too), but here we are. If Jake Gyllenhaal or Tom Hanks had scored this nomination instead of Denzel, it may have complicated things more. It feels safe to say that he won’t repeat this nomination at the Oscars. Instead, we have a simple replacement: Daniel Day-Lewis for “Phantom Thread.” He’s scored many mentions all season, he’s Daniel Day-Lewis on his “retirement” run and he already has Critics Choice & Golden Globe nominations to help his case. He should slide into another Oscar nomination with ease, along with these other four SAG nominees.

Like Best Actor, we appear to have four solid Oscar contenders and one easy replacement. Sally Hawkins, Frances McDormand, Margot Robbie, and Saoirse Ronan were all nominated at SAG. These four have consistently shown up throughout the season, and none feel weak enough to miss the Oscar Nomination.

On the other hand, Judi Dench made a surprise appearance in the SAG lineup for her role in “Victoria & Abdul” and like Denzel Washington missed Critics Choice but scored a Golden Globe nomination as well. Though that film has been received far better than “Roman J. Israel, Esq.,” the result will be the same. She will likely not score a nomination this year. She did, however, bump out Meryl Streep, who surprisingly missed here. Interestingly, since the SAG awards started, Streep has never missed a SAG nomination and made it to the Oscars (With the exception of “Adaptation,” though she was submitted as Lead instead of Supporting). If you believe that simply not enough voters saw “The Post” to put her here, this feels likely to break that streak. Replace Dench with Streep and our Oscar lineup feels very strong.

Here’s the big one. Our nominees were: “The Big Sick,” “Get Out,” “Lady Bird,” “Mudbound,” and “Three Billboards Outside Ebbing, Missouri.” The most shocking omissions: “The Post” and “The Shape of Water.”

The most obvious question is: “What about that pesky statistic?” Except for the first year of the SAG Awards, our Oscar Best Picture winner was among the nominees for SAG Ensemble. Many thought that statistic would break when “La La Land” missed the nomination, but of course “Moonlight” won in the end. So what about this year? Will the stat break, ending in a win from “The Post” (The predicted winner by most for the majority of the season) or “The Shape of Water” (The likely nomination leader). Or will it stand, and one of these five is our winner?

It’s safe to count out “The Big Sick” and “Mudbound,” as those films haven’t been major contenders for Best Picture and are struggling to get a nod, to begin with. But “Get Out,” “Lady Bird,” and “Three Billboards Outside Ebbing, Missouri,” have all had much success this year. Any of those three could legitimately win. The real question is how much faith to put in a statistic. Though it’s easy to see “Lady Bird,” one of the most universally beloved films of the year, winning Best Picture, it’s just as easy to see “The Post,” a timely, political, Oscar bait-y movie filled with previous Oscar winners, taking home the gold and breaking the stat. “Get Out” has been doing exceedingly well with the critics which could bode well for how this film will play with the Academy in terms of general consensus. And let’s not forget that “Three Billboards Outside Ebbing, Missouri” was the frontrunner for a short time coming out of TIFF and has overperformed at Critics Choice, Golden Globes and now here.

Only time will tell, and the PGA and DGA awards will give us greater clarity in the coming weeks. In the meantime, tell us how you think the SAG Nominations clarified things for you. Do you think the SAG Ensemble Award stays or goes this year? Let us know in the comments below.