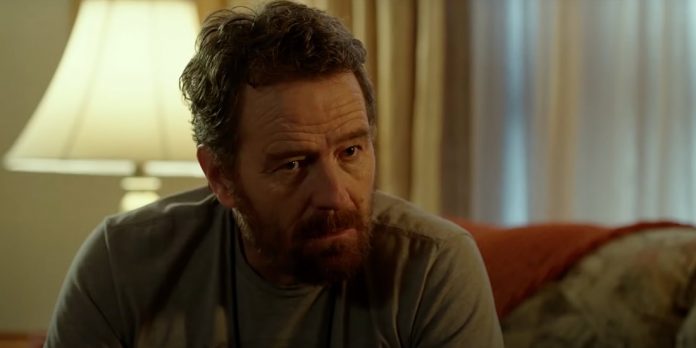 ​Richard Linklater’s upcoming film, “Last Flag Flying,” not only has a stellar cast and interesting premise, but it has just locked up its premiere for the New York Film Festival. The movie is said to walk the line between comedy and drama (in typical Linklater fashion), and stars Steve Carell, Laurence Fishburne and Bryan Cranston. Click beyond the jump to read more about “Last Flag Flying” and its NYFF premiere

“Last Flag Flying” is an adaptation of Darryl Ponsican’s novel of the same name and is said to be a “spiritual sequel” to the 1973 film “The Last Detail.” “The Last Detail,” starring Jack Nicholson, Randy Quaid and Otis Young, told the story of two Navy veterans showing their friend a good time before escorting him to prison. “Last Flag Flying” picks up their story as they work together to give a proper burial of one of their children. In their official announcement, the NYFF shared the following synopsis of sorts,

“Linklater’s lyrical road movie, [is] as funny as it is heartbreaking” as it follows “three aging Vietnam-era Navy vets — soft-spoken Doc (Steve Carell), unhinged and unfiltered Sal (Bryan Cranston), and quietly measured Mueller (Laurence Fishburne) — [who] reunite to perform a sacred task: the proper burial of Doc’s only child, who has been killed in the early days of the Iraqi Invasion. As this trio of old friends makes its way up the Eastern seaboard, Linklater gives us a rich rendering of friendship, a grand mosaic of common life in the USA during the Bush era, and a striking meditation on the passage of time and the nature of truth.”

​Linklater has loved this material and has been seeking to make this film for over 10 years now. At one point he wanted to bring together the surviving cast members from “The Last Detail” and tell the story as it communicated in the book. Over the years of development though, the “spiritual sequel” mantle was taken up with Carell, Fishburne and Cranston taking up the roles created more than 40 years ago.

The movie will join the NYFF Opening Night club, making its debut on September 28 (with a November 17 theatrical release to follow). That is a pretty prestigious club, as the opening night of the fest has seen the debuts of “13th” (Ava DuVernay), “Gone Girl” (David Fincher), “Captain Phillips” (Paul Greengrass) and “Life of Pi” (Ang Lee). “Last Flag Flying” not only bodes well for Linklater and all involved, but it continues to build the legitimacy of Amazon as a movie studio. They continue to pick up these highly anticipated films and roll them out in this proper fashion.

What do you all think? Have you seen “The Last Detail?” Are you excited for Linklater’s latest project? Let us know in the comments below!
​
You can follow Josh and hear more of his thoughts on the Oscars and Film/Television on Twitter at @JoshTarpley7