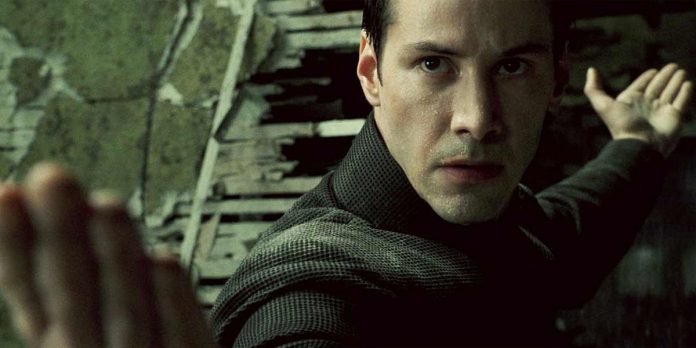 It’s no secret that 1999 was one of the better years for film we’ve had in at least the last half-century. And while plenty of films have either increased in recognition or remained relevant to the cultural conversation, no film has made quite an impact and also grown in relevance and depth quite like the Wachowski Sisters’ “The Matrix.” Ground-breaking both for its visual effects and boundary-pushing sci-fi storytelling, the film was a critical and commercial sensation when it was released. It finished the year as the fifth ranking film on the domestic box office and also managed to win all four of the Oscars it was nominated for, an astonishing feat considering how averse the Academy tends to be towards genre films and blockbusters. Given its success, it’s no wonder that sequels were produced not long after, with both “The Matrix Reloaded” and “The Matrix Revolutions” opening in 2003. However, the sequels were not received with anything close to the warmth of the first film, with both critics and fans being left disappointed. In honor of its 20th anniversary, let’s take a look at how “The Matrix” has managed to stay relevant across two decades, and we’ll also explore the sequels and see if they truly deserve the derision they received.

“The Matrix” is perhaps best known for its innovative visual effects, most notably the use of “bullet time.” or slow-motion editing and camerawork that brings time to a snail’s pace in order to show the movement of objects not typically visible to the human eye, such as the details of quick physical movement or speeding bullets. This effect would go on to be referenced and parodied in many films across the next two decades. In fact, it’s hard to find an action film in the last twenty years that isn’t at least partially inspired by “The Matrix,” whether consciously or not. Between its popularization in Western filmmaking of fast-paced hand-to-hand combat, its sleek costumes, its ultra-cool and level-headed character behavior, or its aforementioned slow motion filmmaking, many films owe a debt to “The Matrix.”

In addition to the visual innovations of the film, one of the more interesting aspects upon revisiting “The Matrix” is the way the directors’ personal lives help shape the legacy of the film. In the subsequent years since the release of the film, both of its directors have come out as trans women. With this in mind, it’s easy to watch “The Matrix” and find its themes to have even more depth than was originally thought upon the film’s initial release. Most notably, the whole film revolves around the idea that the bodies we inhabit are separate from the consciousness within them. In the world of the movie, this is personified by having the characters’ bodies exist in a state of suspended animation in the “real world” while their mind is occupied in a computer simulation known as “the matrix.” The major conflict of the film revolves around characters needing to be awoken in the real world, and thus their internal selves and external bodies can function in harmony. The main character Neo even adopts his hacker alias as his full-time name once he is awoken in the real world, and when the villainous Agent Smith insists on using his old name, or deadname, of “Mr. Anderson,” it is seen as a hostile act. Neo even pushes back against this, insisting to the Agent “my name is Neo” in a defiant and triumphant moment of self-realization. In addition, perhaps the most famous quote from the film, “there is no spoon,” can be seen as an indictment of all constructs, both in the world of the film and outside of it. Whereas Neo uses this to remind himself that the world he has always known is false, this mantra can be applied to all sorts of imagined “rules” in our world, such as the construct of gender.

Unlike the first film, time has been less kind to “The Matrix Reloaded” and “The Matrix Revolutions.” Disliked upon release, these films continue to be regarded in general as disappointing follow-ups to a masterpiece of a film. But are they that bad? I would posit that they may not be as good as the first film, especially when it comes to the action filmmaking, but they do certainly have their merits.

​“The Matrix Reloaded” is a deconstruction of the rules of the first film. It is all about how the practically Christ-like story of Neo’s ascension is not nearly as unique as the characters think it is. It is revealed to Neo that he is one of many in a succession of simulations of the Matrix, and it is his duty as a preprogrammed aspect of this simulation to end the world in order for the villainous machines to continue to extract stimulant-based energy from human bodies. It’s not hard to see why people found this both confusing and a bit infuriating since it is essentially saying that what we in the movie-going world thought was so special about the first film is actually not as special as we perceived. However, I think it is extremely brave of the Wachowskis to craft a narrative based completely around a subversion of expectations, and in fact, I think it only deepens the impact of the first film. Watching our heroes struggle and fight for what they think is the only version of their world, knowing that an apocalypse is not only impending but planned, colors their adventure in a newly tragic light. It is a wonderful use of dramatic irony.

“The Matrix Revolutions” continues this daring storyline by forcing the character of Neo to reckon with the choices he made in the previous movie, namely his decision to save his lover Trinity, knowing that this would trigger a chain of events leading to the end of the world as he knows it. He is forced to work together with the machines to defeat the mutated Agent Smith program, and even knowing that it will be nigh impossible to win, he fights him anyway. And in these story beats, this film deepens the themes of sacrifice and individuality that have been present throughout the trilogy. In addition, this film contains the most exciting action set piece of the two sequels: the invasion of Zion. This battle that plays across a good amount of the movie’s running time is well-staged and choreographed, with the audience never losing track of where we are in relation to the characters and setting. And the way the attack keeps building and building makes the victory of our heroes seem increasingly unlikely, which keeps us on our toes the whole time. Plus, it just looks great. The visual effects of the sequels mostly pale in comparison to those of the first film (the Neo vs. Agent Smith brawl in “Reloaded” is a particularly egregious example of uncanny early-2000s CGI), but this battle makes great use of visual effects in wide shots to show the vast numbers of enemy sentinels that are invading the city. Overall, these sequels may not completely live up to the brilliance and innovation of the first film, but they are certainly not a complete disappointment.

In the twenty years since its release, “The Matrix” has remained an important and exciting example of what film does best. I would urge those reading to give the entire trilogy a rewatch with an open mind, and you will not only find new thematic revelations in the first film but hopefully a new appreciation for its sequels.

How do you feel about “The Matrix” trilogy? Are you excited for the fourth upcoming film? Do you want to hear us talk about these movies on the podcast one day? Let us know your thoughts in the comments section below or on our Twitter account.