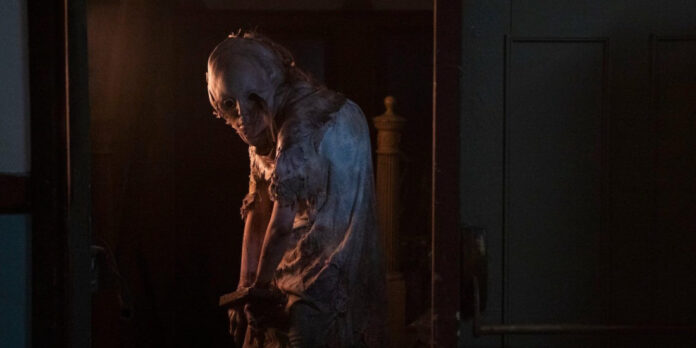 THE STORY – Welcome to Raccoon City, once the booming home of pharmaceutical giant Umbrella Corp. The company’s exodus left the city a wasteland, a dying town with great evil brewing below the surface. When that evil is unleashed, a group of survivors must work together to uncover the truth behind Umbrella and make it through the night.
​
THE CAST – Kaya Scodelario, Hannah John-Kamen, Robbie Amell, Tom Hopper, Avan Jogia, Donal Logue & Neal McDonough

It goes without saying that “Resident Evil” is one of the most successful and celebrated video game franchises of all time. After the Milla Jovovich-led film franchise ended in 2016, it was only a matter of time before Sony would once again capitalize on the horror games. Enter writer-director Johannes Roberts’ “Resident Evil: Welcome to Raccoon City.” Basing his film on the early days of the video game franchise and setting it in 1998, everything in the movie will be familiar to fans, with beloved characters coming together to discover the secrets of the Umbrella Corporations’ time in Racoon City. However, if you’re not a fan of the franchise, the film will make very little sense. But if you’re just in it for the action and zombies, it will probably satisfy – despite not enough Lickers. ​

Children’s chanting is heard as the film opens in the dimly lit, empty halls of an orphanage. This, in my opinion, is a perfect way to open a horror film to establish tone and the spooks to come. This is especially true when it’s followed by a scene with a sleeping girl whose face is about to be touched by a dead-looking, arthritic hand. The hand belongs to a woman who reveals herself to be Lisa Trevor (Marina Mazepa), one of the Umbrella Corporation’s experiments. “She’s here again,” the young girl tells her brother, but he dismisses her. The children are Chris (Robbie Amell) and Claire Redfield (Kaya Scodelario). The mystery surrounding Lisa led Claire to return to Raccoon City years later to investigate the Umbrella Corporation’s deadly secrets.

The Umbrella Corporation is a multinational conglomerate, with one of their subsidiaries, Umbrella Pharmaceuticals, working out of Raccoon City for decades, specifically to create bioweapons using the t-Virus. The t-Virus was supposed to be a tool of war to help eliminate enemies faster and in greater numbers. Still, its use shifted to being used to create physically stronger and mutated human beings or Tyrants. The film explains this well enough with a title card, but Roberts’ script always remains very surface level, which causes issues throughout. Unbeknownst to the city’s inhabitants, Umbrella Pharmaceuticals has been poisoning the town for years with the t-Virus. Slowing turning its remaining few inhabitants into insane flesh-eaters, they have since packed up and left with only a few employees remaining. Claire learns of this from a conspiracy theorist named Ben Bertolucci (Josh Cruddas making an impression during his short stint onscreen). “It’s in the water,” he says, and Claire returns to warn her brother Chris, now a member of STARS (Special Tactics and Rescue Service). But Chris, just like when they were kids, still annoyingly dismisses her.

Then, the Umbrella Corporation raises the alarm, sending the city into lockdown. STARS agents Chris, Jill Valentine (Hannah John-Kamen), and Albert Wesker (Tom Hopper) gather at the police precinct where Leon S. Kennedy (Avan Jogia) is a rookie cop. The STARS agents are then assigned to investigate reported murders at Spencer Mansion (the home of Oswell E. Spencer, one of Umbrella Pharmaceuticals founders), while Claire partners with Leon and returns to the orphanage where she grew up. In video game fashion, walking into unknown horrors leads to a final boss battle or an uneventful scrimmage in the film’s case.

The main reason why this film is just for the fans is that, as previously said, everything is surface level. Roberts’ script assumes everyone knows these characters, and the audience is given very little or incoherent backstory. Wesker, for example, is receiving messages from an unknown source, but the film never explains who he’s speaking with. If you didn’t already know he was a senior researcher linked to the t-Virus project and acting as a double agent, you would have little idea as to what his deal is. We learn nothing about Valentine, and Leon is useless and passes out on duty. Claire, with her red leather jacket, feels the closest embodiment to her game counterpart. I think this is mainly due to Scodelario getting the most interesting, fleshed-out character of the lot. She also delivers the best performance, feeling right at home after her turn in “Crawl.” Because of lazy writing, the cast doesn’t have much to chew on. It’s unfortunate, especially for John-Kamen as Valentine, who has very little to do after impressing as the villain in “Ant-Man and the Wasp.” It would have been wonderful to learn more about Lisa Trevor, too, who makes a kick-ass impression in one action sequence.

The script also assumes that the audience knows everything about the Umbrella Corporation and its experiments. For example, the name William Birkin (Neal McDonough) would mean something to fans, but audiences who don’t know him would only get the hint that he’s the villain through music cues. He says how he doesn’t want his “life’s work” destroyed, but the film doesn’t explain what that work is. You can figure out he’s a scientist conducting experiments using a variant of the t-Virus, but when he was the head of Raccoon City orphanage, he was also a part of a eugenics project. We see footage of what Claire and her brother escaped from, without knowing why these tests were being conducted. At times, the script remembers that those watching may not know what’s going on, and it adds bits of dialogue that, frankly, make it seem like you’re speaking to a child and need to explain things in the more straightforward, inorganic way. For example, when Leon asks what the Spencer Mansion is, he receives a response like, “Spencer was the creator of the Umbrella Corporation, and he lived there.” Not the only eye-roll in terms of dialogue, with an abundance of swears instead of writing interesting things for the characters to say. It’s all pretty bad, with one instance, in particular, sticking out where the first thing Claire says to her brother is, “I see you wax your chest now.”

“Resident Evil: Welcome to Raccoon City” provides great sound work and makeup; I’ll give it that. In horror games, hearing the growls and squeals of zombies approaching but not knowing where they are is all part of creating a frightening experience, and we see the characters having to be wary of what’s around every corner. The makeup is also commendable as subtle changes like loss of hair to tears of blood turn more extreme as the city’s residents become undead. The CGI on more monstrous-looking specimens like the final boss and the Licker is also well done and reminiscent of the games.

The film’s atmosphere and production design are also of note. Setting the scene in the middle of a dark, rainy night, like its own Arkham City, cut off from the world, makes it feel like the video games. Especially so when characters find themselves in the dead of darkness, struggling to see the monsters right in front of them and somehow having to try to fight. It carries the tension of the third-person shooter, and the action scenes are the film’s best bits, especially when the characters are cornered and overrun. The boss fight, however, is a disappointment, ruined by bad dialogue. I’ve never seen a final showdown so dull.

A longer film with more attention to its script could have done wonders, especially to fully capture the beloved characters who have kept fans returning to the franchise. And with an ending so bad on top of that, it makes one think about the on-the-nose scene of a bird crashing into a window, not only foreshadowing the events to come but warning the audience to stay away.