Reflecting On The Last Decade Of Female Comedies 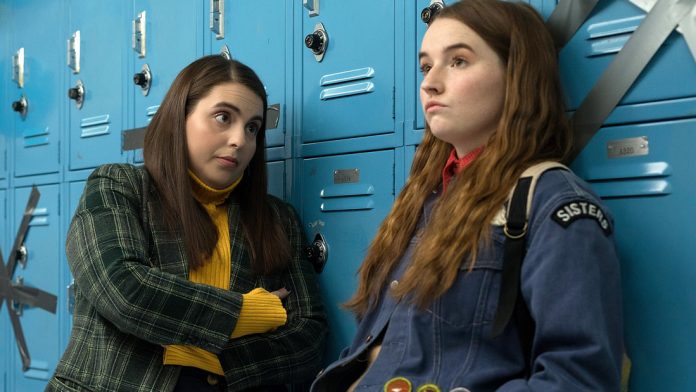 ​Full transparency, I did not watch “Superbad” until last year. There was something inherently off-putting to me about it, something about the types of men and boys around me who loved it a little bit too much and for the wrong reasons. When I finally did get around to watching it, I was pleasantly surprised by its perspective on masculinity and male friendships. Since then, I have been more and more often caught saying “it’s like ‘Superbad’ for women!” anytime I run into a young female-led comedy, which has become more plentiful in recent years. Finally, I thought, there are comedies out there that make girls feel like people and not just love interests.

For me, it all started with “Easy A.” In 2010, I was a 14-year-old girl who watched too many movies and had a lot of Friday nights spent at home, and this movie was everything to me. I loved Emma Stone because she had a deep voice like me, and to watch a young woman make less than beautiful faces at the camera and still be the good guy was life-changing. However, other than it being a star-making performance for Stone, most people felt pretty indifferent about the rest of it. Then, less than a year later, “Bridesmaids” came out, and audiences all over the world went nuts for it.

More often compared to “The Hangover” than “Superbad,” “Bridesmaids” took all of the raunchiness from previously male-dominated spaces and feminized it, subtextually allowing women in on the joke. Stronger than that even, it made women the arbiters of the joke, creating a blockbuster studio hit with women in the spotlight. Melissa McCarthy, whose role in “Bridesmaids” earned her an Academy Award nomination, said that “It seemed rare to have characters that were female that weren’t stereotypes and were actually funny.” While I was not really at an appropriate age to watch “Bridesmaids” upon its release, the change in the industry was palpable even to me. Suddenly, women were funny. Of course, they always had been, with many of the stars of “Bridesmaids” coming from the Groundlings improv troupe and even Saturday Night Live. But after that, it was like the general population was forced to agree that yes, women are funny and yes, the things women talk about and care about can be both humorous and important enough to base an entire film on.

“Bridesmaids” started a trend that was directly followed up by the likes of “Pitch Perfect,” “The Heat,” “Trainwreck,” and even the underwhelming “Sisters.” All of these films not only acted as vehicles for women who made it based on their comedy chops and not on their looks (Anna Kendrick’s beauty aside), they also placed feminine comedy squarely in the center as the main selling point. Tina Fey, Amy Poehler, Melissa McCarthy, and Amy Schumer all became bankable stars directly off of the success of “Bridesmaids,” and they have reigned as queens at the box office for quite a few years now.

Now it is 2019, and I am a 23-year-old woman who wishes she could watch more movies and still spends many Friday nights in. As of writing this, “Booksmart” comes out today in wide release, and it is so unbelievably good and funny. Watching it was a physical experience for me, with moments where I curled up into a ball out of embarrassment, laughed so hard my cheeks hurt, and even teared up a bit. I wish I had seen this when I was that 14-year-old girl watching “Easy A” in her parent’s basement for the sixth time, wondering what my life would be like. If I could go back, I would tell myself that it is okay to be smart, to feel left out, and to own up to when I was wrong. Then inevitably, when I wouldn’t listen to my own advice, I could watch “Booksmart,” and maybe learn it then. Instead, I know it now, and for moments where I feel 14 again, I can apply these lessons, if only a bit too late. I want to thank “Easy A,” “Bridesmaids,” “Blockers,” and yes, even “Sisters” for paving the way for films like this, and for continuing to prove that women are funny and funny sells.