Reactions & Takeaways To The 2019 SAG Nominations 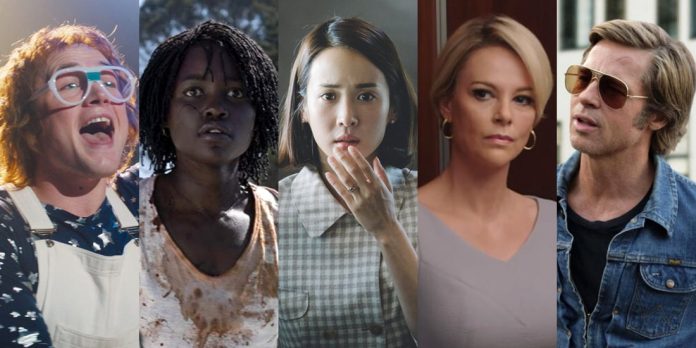 ​One of awards season’s most important precursors, the Screen Actors Guild Awards, just revealed their nominations and provided yet another insight into the industry’s take on the year in film. They’re one of a few guilds that have started announcing, but being representative of actors’ votes carries a lot of weight. Let’s now take a look at some of their choices and what the nominations reveal about what’s in store for the rest of the season.

“Parasite” Makes a Case for the Win
Many pundits have surmised that “Parasite” is in the conversation as a potential Best Picture winner at the Oscars. However, one of the issues that has been brought up as a counterpoint is a supposed limitation in support from actors. Given SAG’s infrequency of nominating foreign-language performances, the film wasn’t expected to show up in many categories at the guild. Receiving a nomination for Best Ensemble is not only a slight surprise, but a great show of strength the film has with the Academy’s largest voting body. This nomination shows that actors within the industry are responding to the film, which bolsters its chances of winning Best Picture even more than previously thought.

“Bombshell and “Jojo Rabbit” are the Comeback Kids
Even though “Jojo Rabbit” scored a good number of nominations at Critics’ Choice, it somewhat underperformed with its haul at the Golden Globes, only nabbing two in the comedy-specific categories. “Bombshell” also saw a muted reception from both precursors and combined with its mixed critical response, it seemed as if the film was destined to come up short in the top categories. However, both films showed up strong here, nabbing nominations for Best Ensemble and other nominations for their respective casts. For “Jojo Rabbit,” Scarlett Johansson scored a nomination for Supporting, while Nicole Kidman and Margot Robbie were also nominated in the category. The third piece of the “Bombshell” cast, Charlize Theron, also received some love in the Leading Role category. What this ultimately shows is that these films still have a great amount of support from actors, and while the critics’ awards may not single out their achievements, the industry is saying these films are in the hunt for top prizes.

The Roller Coaster Ride for “The Two Popes” and “The Farewell” Continues
The performance of both “The Two Popes” and “The Farewell” this season has been one with many ups and downs so far. At Critics’ Choice, both films garnered nominations in acting and writing categories but were also shut out of the expanded Best Picture lineup. The reception at the Golden Globes fared better, more so for “The Two Popes” where it did find itself in more top categories. However, SAG completely snubbed both films and delivered quite a crushing blow to their chances. There is still a sentiment that passion is out there, but given how competitive many of these races are, these films failing to garner a single nomination from this group just provides more inconsistency in how they are received by the precursors. Conventional wisdom puts them as probable lone screenplay nominees, and their lack of SAG nominations don’t dissuade that claim.

Will Best Actor Choose a “Rocketman” over an “Irishman”?
“The Irishman” was well represented by its nominations from this group, save for one notable exception. Robert De Niro didn’t make it into the Best Actor category, which was a similar case at the Golden Globes. Instead, SAG sought to nominate two other performances that also showed up at the Globes: Christian Bale for “Ford v Ferrari” and Taron Egerton for “Rocketman.” Between the two, Egerton probably has the more likely path to an Oscar nomination, as the role of a real-life musician did quite a lot of favors for last year’s Best Actor winner, Rami Malek. Support for Egerton is showing itself to be more widespread, and perhaps there is a possibility for passion to carry him through. In the end, a very competitive race just got even more competitive.

“Little Women” Continues to Struggle
Omissions from SAG always should be taken with a grain of salt, given their tendency to go for the more populist fare. Still, getting recognized by the group is a huge boost, and it certainly doesn’t do a film any favors to be completely snubbed. This is especially true for films that are already struggling with other precursors, which is exactly where “Little Women” finds itself. Despite scoring nominations at Critics’ Choice, that success hasn’t translated to any of the other precursors as of yet. Unlike other contenders, the trajectory is feeling mostly downward and fuels the narrative of underperforming. There are still more guilds to announce their nominations, but it seems that the places for the film to stake a claim as a major contender in this race are growing fewer and fewer.

The Most Prestigious Stunt Ensemble Category
Even though there is no stunt category at the Oscars, the films that show up in this field at SAG should still be looked at with interest. These are the big-budgeted action spectacles with little chance of seeing major traction in the Oscar categories outside of the crafts. However, this year shows something very different. One could make an argument that all the films nominated here, to a certain degree, are legitimate contenders in major categories. That is certainly true for “The Irishman,” “Joker,” and “Once Upon a Time in Hollywood.” “Ford v Ferrari” is another film that’s making a strong case for itself, and even though many would agree that a Best Picture nomination for “Avengers: Endgame” is highly unlikely, it’s still getting a major push from Disney as a chapter-ending achievement. This could spell a great embrace of all these films from future craft guilds, which only bolsters their support at the Oscars.

Lupita Nyong’o Is Here to Stay
One of the biggest questions this season has been whether or not Lupita Nyong’o would be able to break into the Best Actress lineup for her brilliant work in Jordan Peele’s “Get Out” followup “Us.” Despite overwhelming acclaim for her performance, the biases against horror films at prestigious awards institutions thought this to be a difficult journey. However, the critics have been coming to her aid, particularly with major wins at New York Film Critics Circle and New York Film Critics Online. With this SAG nomination, it shows support isn’t just limited to the critics and that the industry itself is responsive to the work on display. It remains to be seen where that takes her throughout the rest of the season, but this only helps her growing narrative and will certainly make other groups take notice.

The Old Rules Are Dead, But Now They Might Be Back
This precursor used to be very important due to the longstanding tradition of the Best Picture winner at the Oscars having a corresponding nomination for Best Ensemble. To lack that spelled immediate dismissal of one’s chances. The last two years, however, saw the trend bucked, and it seemed like a bright new day for predictions. This year, however, the status quo may have returned. “The Irishman,” “Once Upon a Time in Hollywood,” and “Parasite” all managed to get nominated for the top category here, and they are arguably the top three contenders for the Best Picture Oscar. Even “Jojo Rabbit” has given itself a considerable advantage in the race with its major nomination, and a film like “Marriage Story” could be suffering slightly despite its three nominations for individual performances. Just when it seemed as if the SAG Ensemble rule would be deemed irrelevant, it has made a comeback in importance for this highly competitive season.

There are still plenty more precursors to announce, but SAG is always one that receives a great interest given how they represent such a large voting body of the Academy. How accurate it portrays the performance of these films the rest of the season remains to be seen, but the selections speak as loud as the omissions. What did you think of the nominations? Let us know your thoughts in the comments section below or on our Twitter account.