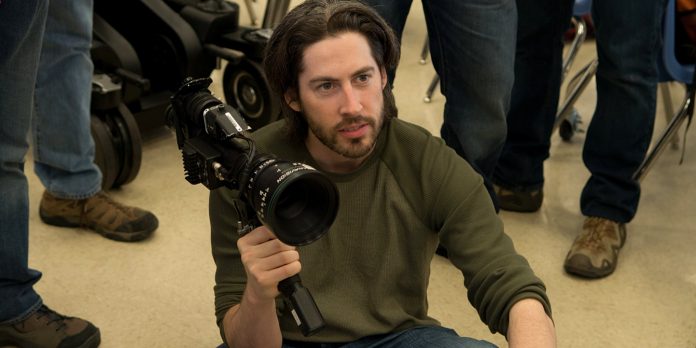 ​Assessing the career of Jason Reitman can be somewhat daunting, as he is a filmmaker who likes to assess his own career. He is constantly reconsidering his films, trying to pull different meaning from them, and, in instances where he feels something is problematic, candidly discussing them in public. “ [You] think you’re making something truly great,” he admitted in 2014, “And then it doesn’t land and then you realize, oh, this was a misguided effort for whatever reason.” If any filmmaker were to qualify as their own best critic, Jason Reitman would be the guy.

This self-awareness has not only distinguished the way he makes his films but the kinds of stories and characters he chooses as well. Whether exploring the nuances of femininity with screenwriter (And frequent collaborator) Diablo Cody or spinning grand, melodramatic yarns of his own, Reitman constantly strives to capture the human condition, the flaws, and desires that he, like the rest of us, try to overcome on a daily basis.

With that in mind, and with Reitman’s newest release “Tully” now playing in theaters (Listen to our full podcast review here), we thought it would be the perfect time to rank his films from least favorite to absolute favorite! 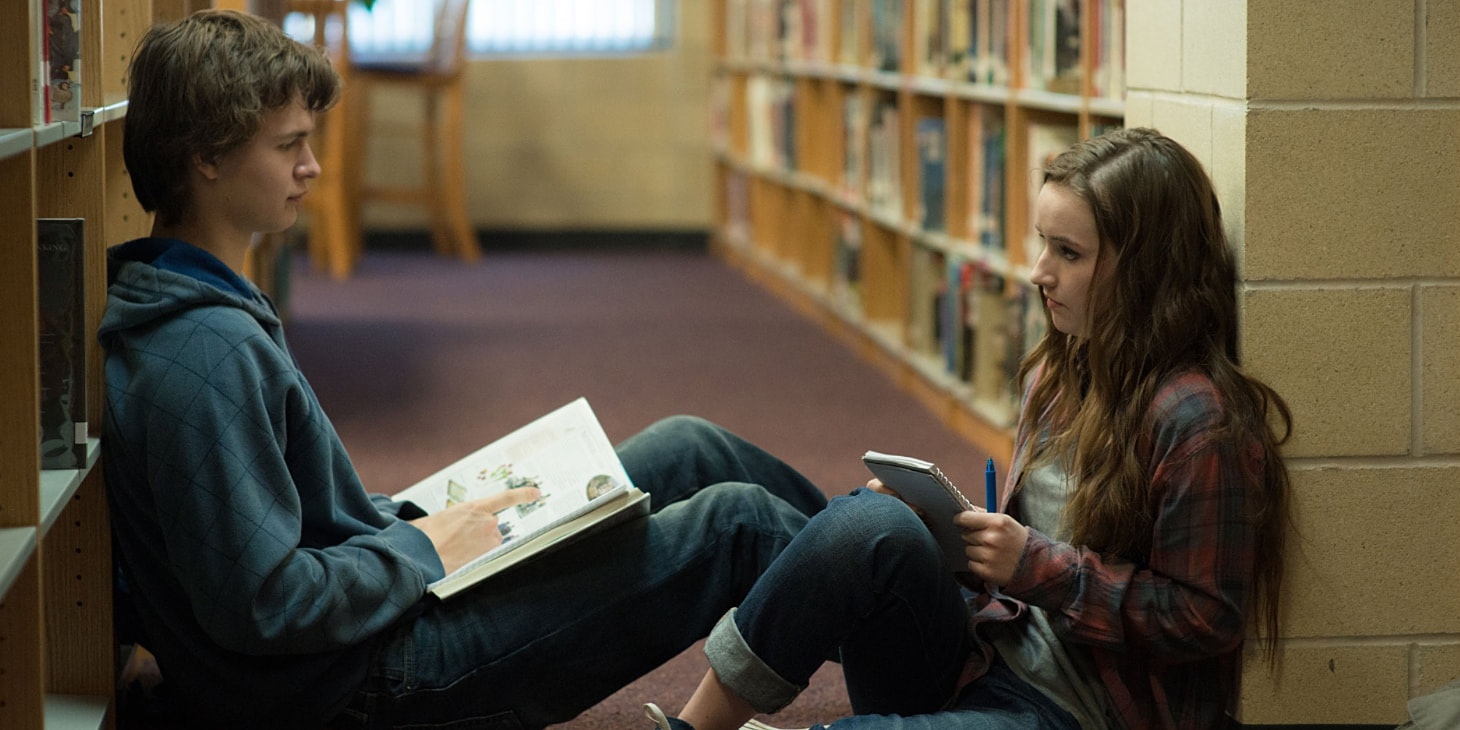 The definitive low point of Reitman’s career, 2014’s “Men, Women, and Children” sees him ditch the witty attitude of his earlier films for dull, unbearably preachy melodrama. It is a near-total misfire, which is especially problematic since it is also the most ambitious film that Reitman has attempted: a sprawling ensemble piece that attempts to pass off everything from xenophobia and anorexia to bad parenting and marital strife as the fault of the internet and our growing dependence on it.

These themes could (and should) have made for engaging conversation, and the actors who make up the ensemble– Ansel Elgort, Jennifer Garner, J.K. Simmons, Adam Sandler– are more than qualified for the job, but Reitman’s vision is too bogged down in pretension to make anyone care. It’s as though he got so stuck on the thesis (“internet = bad”) that he forgot to add decent characters or believable situations to back it up. 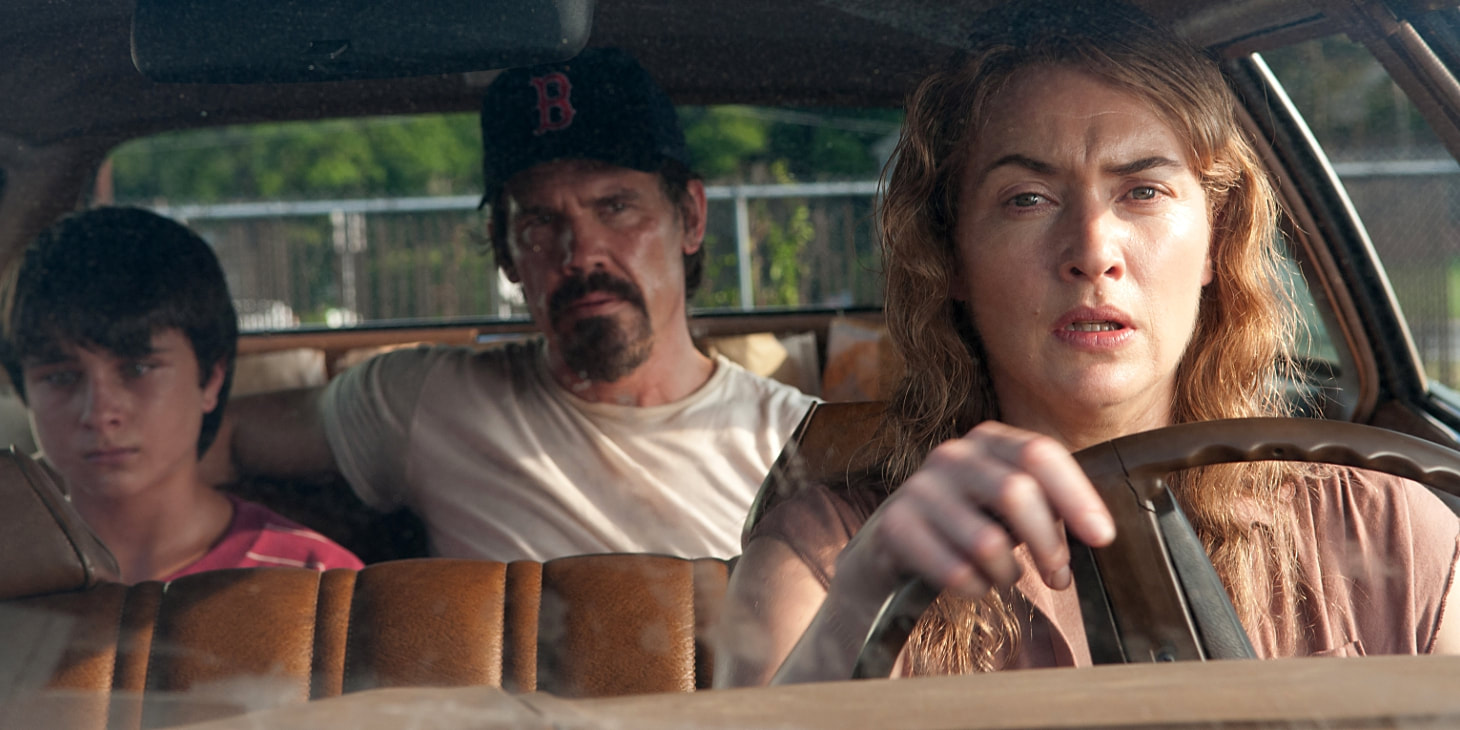 2013’s “Labor Day” is a muddled affair, not especially good but not completely bad, either. It’s about an escaped convict (Josh Brolin) who takes a single mother (Kate Winslet) and her son (Gattlin Griffith) hostage, only to fall in love with the former and become a father figure to the latter. The acting is impressive on all fronts, especially from Brolin and Winslet, and there’s a warm, nostalgic glow throughout that makes the film one of the most visually appealing in Reitman’s filmography.

The biggest problem with “Labor Day” is that it takes itself way too seriously. This is Danielle Steel territory and should be treated as such. The subtlety of the acting feels miles out of step with the ham-fisted (pie-crusted?) romance, as does the wistful narration of the adult son. Had the film been made in the 1980s with Burt Reynolds, Kathleen Turner, and a bit more cheese, it might have been fun. As it stands, it’s too prim to be enticing and too sappy to seriously enjoy. 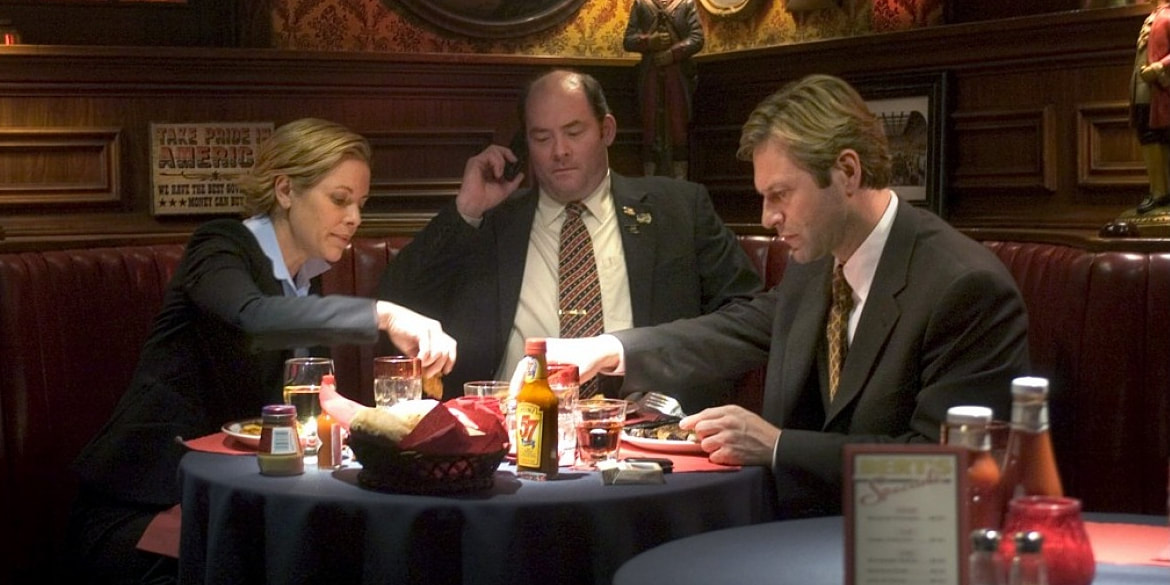 Reitman’s 2005 debut is an impressive sampler of the talents we would come to know him for. It is a satire in the truest sense of the word, taking aim at corporations and their shameless marketing tactics. Aaron Eckhart stars as Nick Naylor, a beguiling spokesperson who works for Big Tobacco cigarettes. The problem is, he’s also trying to be a role model for his 12-year-old son, and juggling the issues that these radically different lifestyles present.

Reitman’s script, which he adapted from the novel of the same name, is dense with satirical cracks and clever turns-of-phrase. He pulls manic performances out of Eckhart and the rest of a talented cast that includes Robert Duvall, William H. Macy, Rob Lowe, and Maria Bello. The only real bone to pick with “Thank You for Smoking”, and why it places at number five, is that it feels slightly removed. Reitman had yet to find the balance between stylized comedy and dramatic realism, and some parts wind up feeling like great sketches, rather than scenes in a cohesive film. 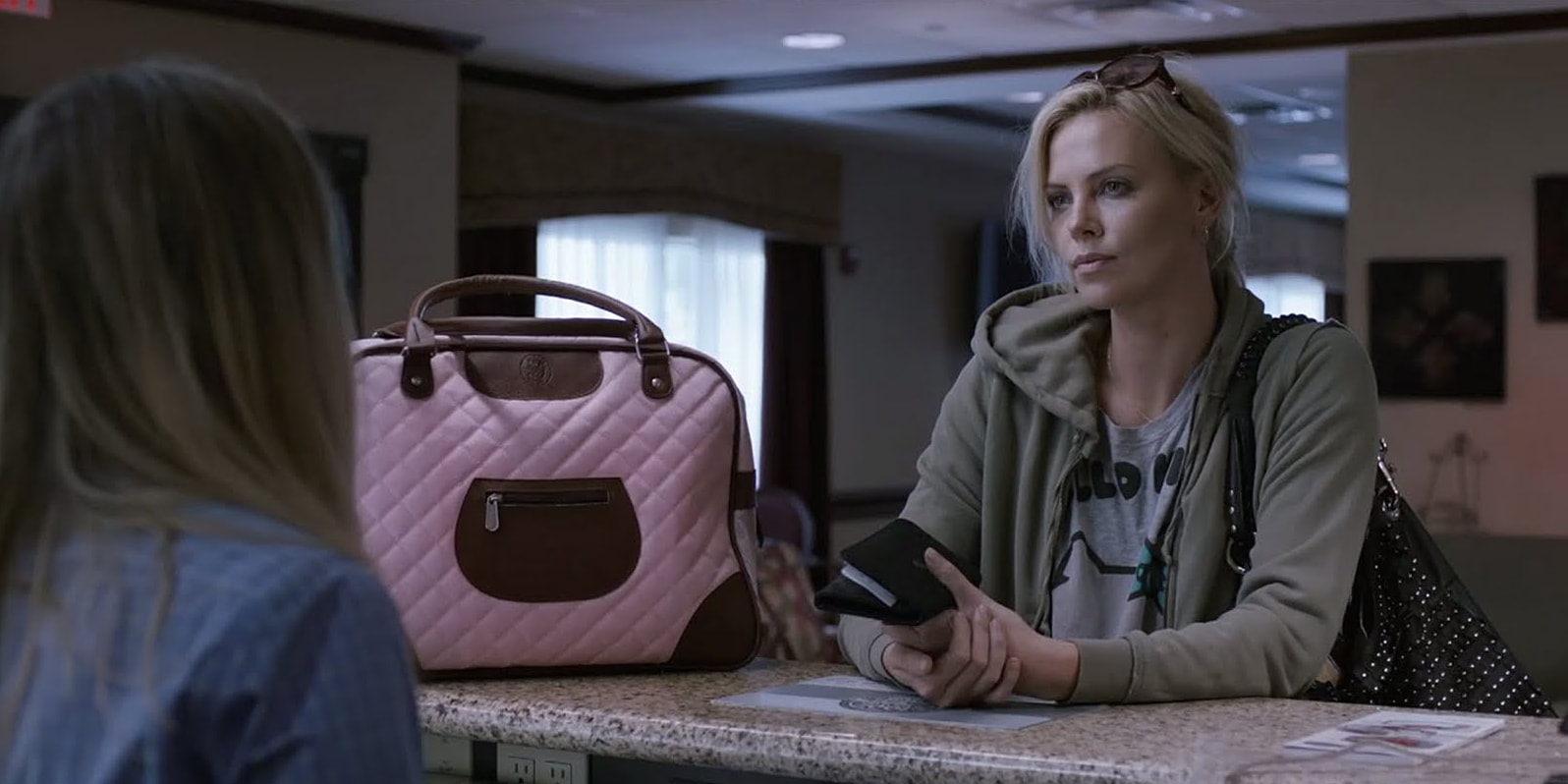 Reitman’s second collaboration with Diablo Cody saw the duo venture into less commercial territory. They took the cautious optimism that made “Juno”’s titular character so lovable and degraded it until it became searingly bitter. Add in a dash of alcoholism, and you have “Young Adult’s” begrudging lead, Mavis Gary (Charlize Theron). Formerly the most popular girl in high school, Mavis is a divorée with no friends and no working prospects. Not one to lose pep in her pompous step, however, she journeys back to her hometown to relive her glory days and to steal away her now-married ex-boyfriend (Patrick Wilson).

What makes “Young Adult” such an impressive comedy, besides Theron’s game performance, is that Reitman and Cody make no attempts to soften her character. Many of the laughs (As well as the jeers) come from just how uncouth and despicable she can be, and yet, we are emotionally invested throughout. That Reitman is able to make us care for a piece of work like Mavis at all is a testament to his (Charlize and Cody’s) deft storytelling chops. 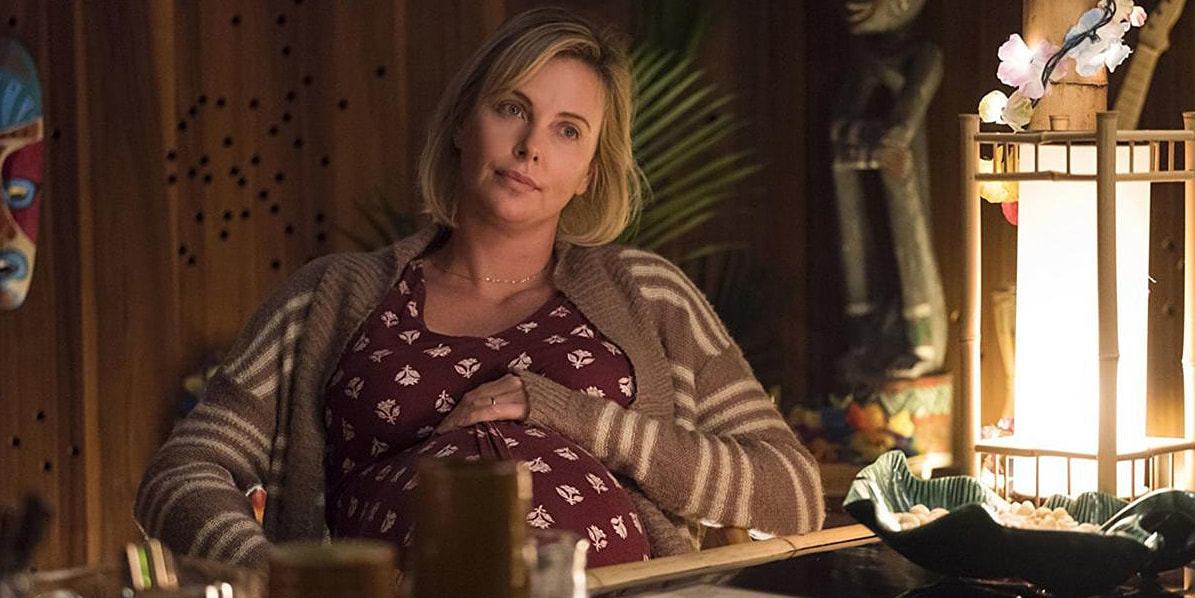 With “Tully” Reitman has managed to bounce back after the career lows of “Men, Women & Children” and “Labor Day.” Re-teaming with screenwriter Diablo Cody (For the third time) and Charlize Theron (For the second time), Reitman exhibits an empathy for his main character (Expertly played by Charlize Theron in a very difficult and draining role) and degree of control not seen since his earlier films. Even though the movie is still a bit too recent, we believe that the one great thing that “Tully” has going for it is its ability to change the audience’s perspective on a re-watch.

Yes, there is a twist at the end of the movie that has divided some. However, we believe that the twist is what ultimately makes the film that much more resonant, complex, emotional and a bit of a magic trick of sorts from Cody and Reitman. It may be at number 3 on the list now, only one week after release but don’t be surprised to see this love letter to motherhood possibly climb up the ranks as time passes by. 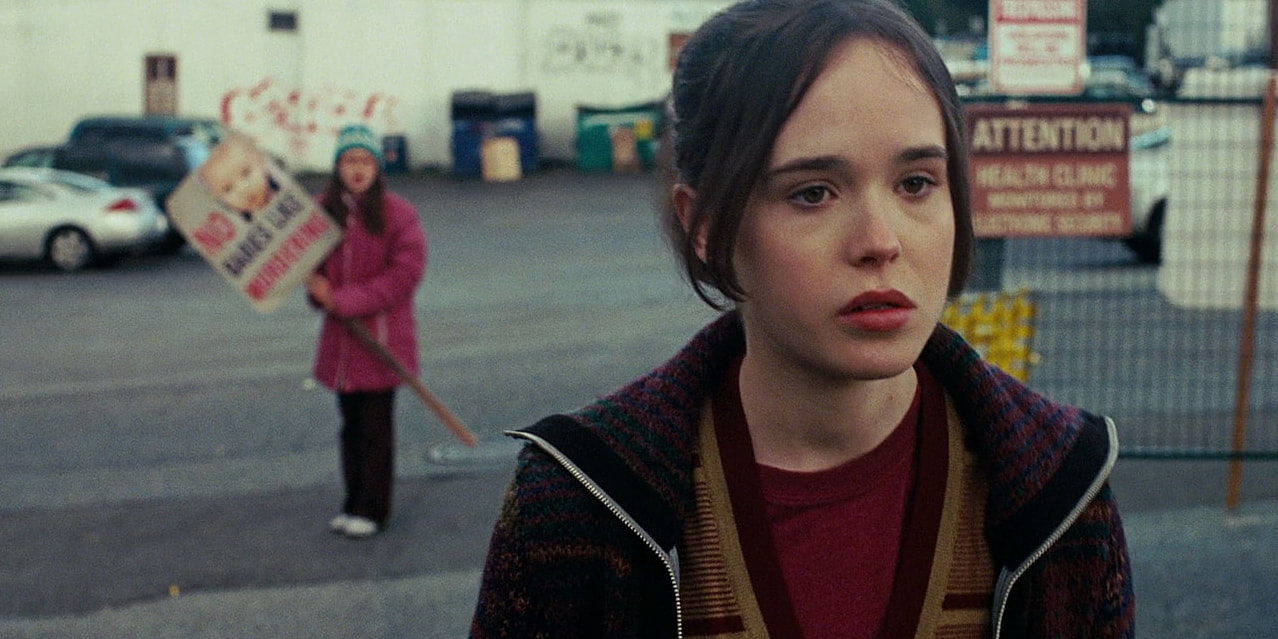 “Juno” was the rare film that was praised so enthusiastically upon its release that audiences eventually felt the need to incite a backlash. Admitting one’s admiration for the movie was, for a time, a very uncool thing to do. The backlash has lessened in recent years, however, and the film’s reputation has been largely restored. Of course, it doesn’t hurt that the premise is just as relevant as it was a decade ago: an astute teenager (Ellen Page) gets pregnant and has to decide whether she wants to abort the baby, keep it, or give it up for adoption.

The bubbly energy that Reitman brings to each scene gives the film a special kind of magic, while also teasing out career-best performances from Page, Michael Cera, and Jason Bateman. Diablo Cody’s rat-a-tat-tat script rightfully took home the Oscar for Best Original Screenplay in 2008, but were it not for Reitman’s colorful mise-en-scéne and quirky direction, “Juno” would cease to be the pop culture classic that it is today. 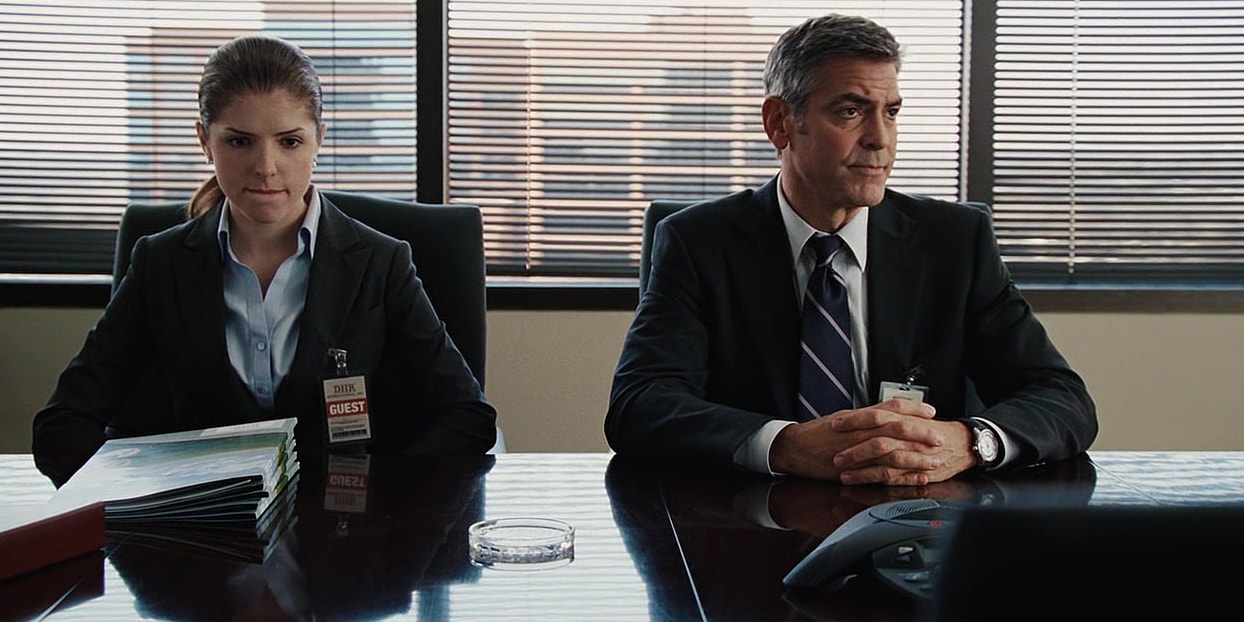 Where previous films showcased Reitman’s urge to experiment, to write timely narratives or push comedic taboos, 2009’s “Up In the Air” saw him take a more classical approach. It is by far his most straightforward, commercially accessible film. It also happens to be his best. In telling the story of Ryan Bingham (George Clooney), a man who makes his living by laying other people off, the writer/director channels the great Billy Wilder, and provides a drama that’s both heartfelt and hilarious.

That “Up In the Air” bears little resemblance to the rest of Reitman’s career speaks to his versatility as a stylist. It is an elegant work, smooth and sophisticated where something like “Juno” was hip and energetic. The film also provides Reitman with his strongest character study, as the microcosm of Bingham’s profession allows him to explore macro themes like mass unemployment and cultural alienation without sacrificing any of the intimacy. A modern triumph, “Up In the Air” is the film by which all future Reitman releases will be compared to, and rightfully so.

Remember also that Jason Reitman has one more film coming out later in 2018 called “The Front Runner” starring Hugh Jackman and Vera Farmiga so this list is subject to change and will probably need to be revised. As is, do you agree with our list? What is your ranking of Jason Reitman’s films? Have you seen “Tully” yet? If so, what did you think? let us know your thoughts in the comments section below.