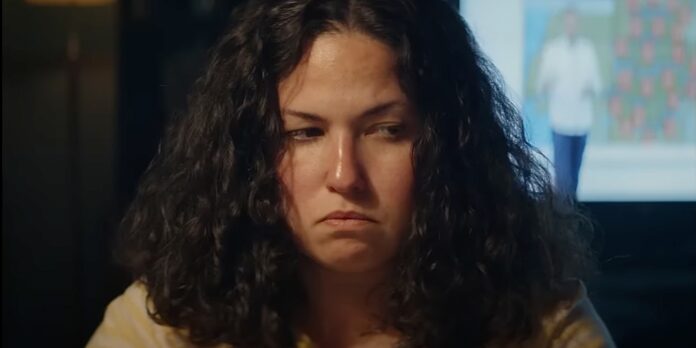 THE STORY – Sara is an overweight teen who witnesses a stranger kidnap a clique of girls who bully her on a regular basis. When police start asking questions, Sara keeps quiet as she’s torn between revealing the truth or protecting the man who saved her.

Morality is at the crux of good storytelling. It’s the code that we all navigate in our personal lives, so films that manage to explore this code, and the ways in which it can be corrupted, often connect on a deeper level. We may not like to admit it, but it’s much easier to align ourselves with a character who messes up than one who’s constantly making the right call. “Piggy,” the latest release from director Carlota Martínez-Pereda, is a masterclass in making us sympathize with the former.

The film is about Sara (Laura Galán), an overweight teenager who gets bullied from seemingly every direction. Her mother (Carmen Machi) calls her fat, and her classmates snicker behind her back. Still, the worst comes from the trio of mean girls who run her high school: Maca (Claudia Salas), Roci (Camille Aguilar), and Claudia (Irene Ferreiro). They delight in tormenting Sara, taking things so far that they nearly drown her in the local pool. The torment is particularly tough to swallow for Claudia, who used to be Sara’s best friend.

As you can assume, there’s a lot of discomfort during the first act of “Piggy.” This is by design. Part of it comes from the natural human response of seeing someone get humiliated, but the rest comes from how skilfully Martínez-Pereda is able to get us into the headspace of the titular character (her bullies gave her the nickname, naturally). Not a moment goes by that Sara doesn’t tense up around others, and braces, as we do, for an insult. She goes to jump in the pool at one point, but when she realizes she’s not alone, she instinctively covers up her body. It’s heartbreaking and thematically important when the film’s plot kicks in.

Sara’s wish to rid herself of her bullies gets answered when a stranger (Richard Holmes) serendipitously kidnaps them. She sees it happen but decides to keep quiet as a town-wide investigation is launched. Who’s going to miss three terrible people, right? Well, the weight of guilt is equal to that of mockery, and Sara spends the second half of the film struggling to reconcile these two emotions.

“Piggy” expands on Martínez-Pereda’s short of the same name, and while several of the expansions work, the film struggles to justify its longer runtime. The film’s middle portion, which explores the shifting dynamic between Sara and the Stranger, diffuses too much of the tension with repetitive exchanges. It’s not that the film is uncertain of where it wants to go– both the short and the film have powerful conclusions that won’t spoil here– it’s that it has a hard time keeping the viewer fully engaged in the lead-up to its conclusion.

Galán anchors the film with her performance, nailing a tricky balance that could have gone horribly wrong in someone else’s hands. She makes the shift from concern to delight subtly and believably, and while some of the writing lets her down in the aforementioned second act, she keeps things engaging.

The film discussed so far may sound like a thriller, but rest assured, there’s plenty of blood on the backend to push it into horror territory. The gore factor is utilized sparingly, which is often the most effective way, and the final act delivers when it comes to mean-spirited revenge. Again, it’s best to go into the film without knowing too much. “Piggy” is a fascinating premise with a strong lead performance hampered by a sagging middle act. It’s worth checking out for its virtues, even if its flaws hold it back from being an absolute triumph. Keep an eye on Martínez-Pereda, though; she has a strong grasp on her voice and the technical chops to make a great horror film in the future.

Powered by JustWatch
Share
Facebook
Twitter
Copy URL
Previous article
The Next Best Picture Podcast – Interview With “Triangle Of Sadness” Star, Dolly De Leon
Next article
“ALL THE BEAUTY AND THE BLOODSHED”