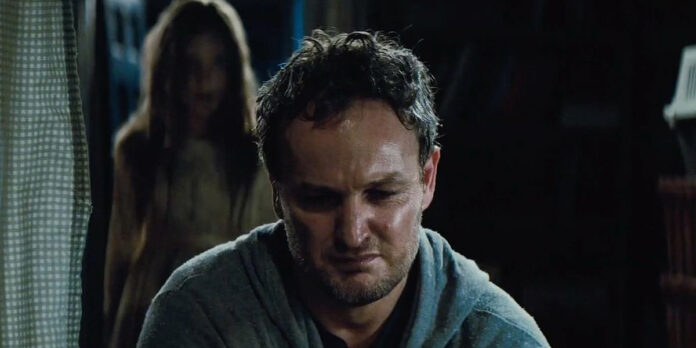 THE STORY – Dr. Louis Creed and his wife, Rachel, relocate from Boston to rural Maine with their two young children. The couple soon discover a mysterious burial ground hidden deep in the woods near their new home.

“Hereditary” was a special film last year. Dealing with themes of grief and trauma and directed with visual flair, style, and intimacy by Ari Aster (featuring a career-defining performance Ton Collette on top of all of that), it was a horror film that touched us deeply with its parental anguish and sorrow over the loss of a child. In comes the 2019 version of Stephen King’s famous “Pet Sematary.” Other than giving the original 1989 version a visual upgrade, this horror remake does nothing new for fans of the genre perhaps other than bolstering their admiration for how excellent “Hereditary” handled similar themes that this new version of King’s story tries to tackle.

Louis Creed is a doctor, who is moving to the countryside with his wife Rachel (Amy Seimetz) and their two beautiful children Ellie (Jeté Laurence) and Gage (Hugo Lavoie and Lucas Lavoie). Seeking to get away from the graveyard shift in the E.R. and escape the violence he has seen, things don’t go well for the Creed family as tragedy befalls them in unexpected ways. Louis’ neighbor Jud (John Lithgow) shows him a pet cemetery on Indian burial ground where anything that’s buried there will be brought back from the dead. The consequences though are not what one would expect and for the traumatized Creed family, they turn out to be deadly.

I really wanted to enjoy “Pet Sematary” but there is no escaping that this version of King’s terrifying novel has a ton of problems. Not only does it have a horrible screenplay (Who’s idea was it to do a wink at the audience pertaining to Lithgow’s performance in “The Crown” as Winston Churchill?), unmemorable acting (Jason Clarke is capable of so much better) and bland direction that veers into the same level of cheesiness that can be found in the 89 original but it also gets the tone wrong. There are so many moments of unintentional laughter throughout, most of which come from the presence of the undead cat and later, a child. Children dying in cinema is certainly a trigger point for me and when it is not handled delicately and with the appropriate tone, you can be assured that I won’t be a happy camper.

“Sometimes dead is better,” Jud tells Louis. And that’s how I feel about the 2019 version of “Pet Sematary.” There are plenty of changes and surprises in this 2019 version to help give it a new twist on Stephen King’s original novel (and the 89 film) but the uneven direction, performances, tone and writing all take their toll. While it may be all the rage right now to adapt Stephen King in the success of 2016’s “It,” that does not mean that the film is going to be a bonafide hit. There still needs to be more than the standard creepy atmosphere, jumpscares, gore and shocking moments of nightmarish horror to push a film above the rest in a given film year. I’m not even sure if the 2019 version is better than the 1989 version if I’m being completely honest. Both have their own issues, but this version was burdened with an expectation that it sadly was never able to meet.