Our Top 15 Christmas Movies Of All Time 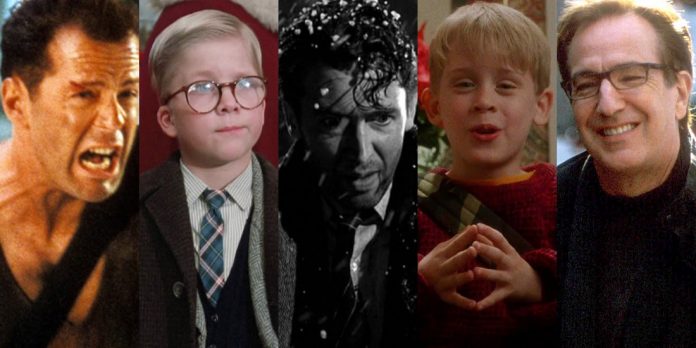 Earlier this year, Josh Williams brought you the Next Best Picture team’s top 15 favorite horror movies of all time for Halloween and Cody Dericks put together a list of the best movies to watch on Thanksgiving. So of course, we had to put together our top Christmas films to share with you as well. We asked each member of Next Best Picture to rank their favorite Christmas movies of all time. We took everyone’s list to bring you a definitive Top 15. We have a wide variety of favorites and some runner ups included classic Christmas movies like “The Santa Clause” and “The Polar Express” to less traditional ones such as “Meet Me in St. Louis” and “The Lion In Winter.”

However, as great as those films are, we could only share 15 movies so here are the Next Best Picture team’s Top 15 Christmas movies of all time! 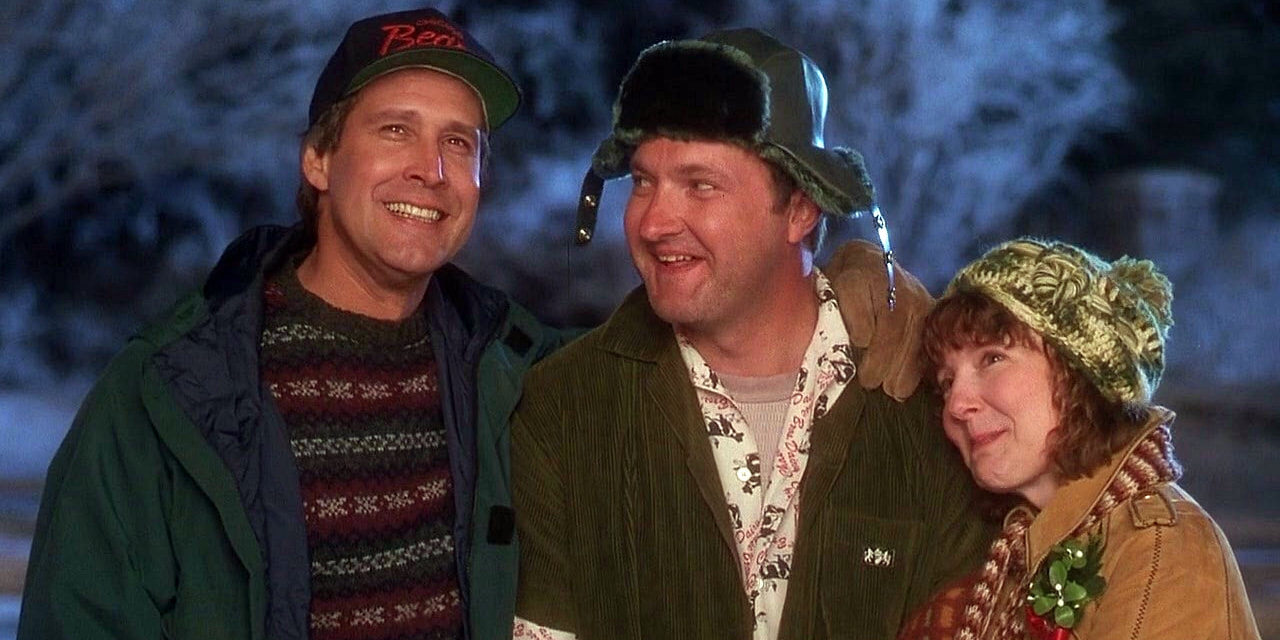 John Hughes’s “National Lampoon’s Christmas Vacation” is the third installment in the “National Lampoon Vacation” series and stars Chevy Chase as the unfortunate father of the Griswold family. As Clark Griswold tries to ensure that his family has the perfect Christmas, things go more and more wrong especially after his extended family arrives. This classic Christmas comedy will have the whole family laughing through lots of eggnog. 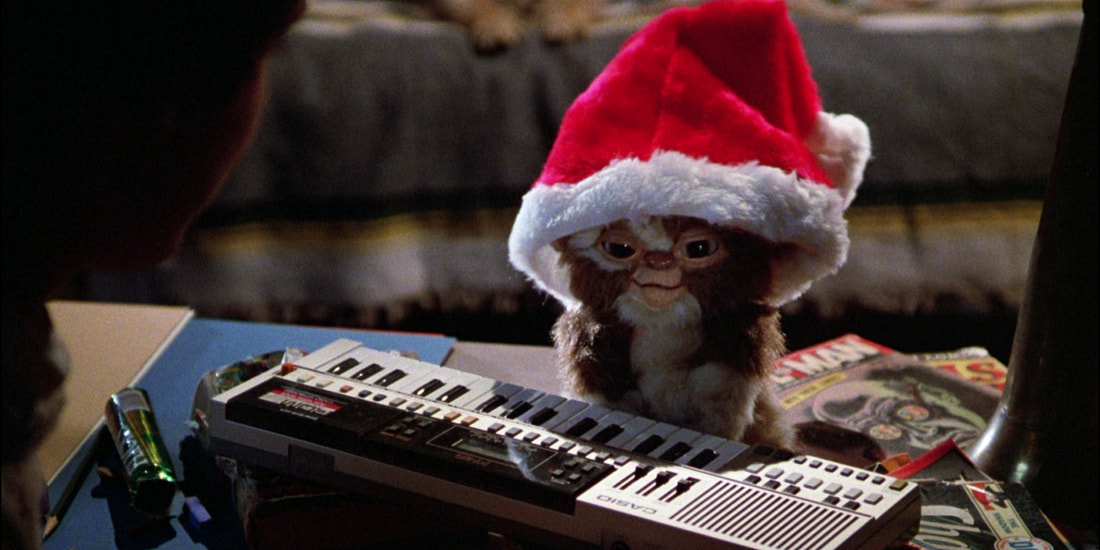 Part comedy, part horror, part Christmas movie, “Gremlins,” tells the story of a man who receives a creature called a mogwai which then ends up creating the evil tiny monsters. This movie was actually Chris Columbus’s second film that he wrote. Arguably, it’s very violent for what seems like it ought to be a children’s movie. And those creatures are still a bit creepy even thirty years later…but we still love “Gremlins” regardless. 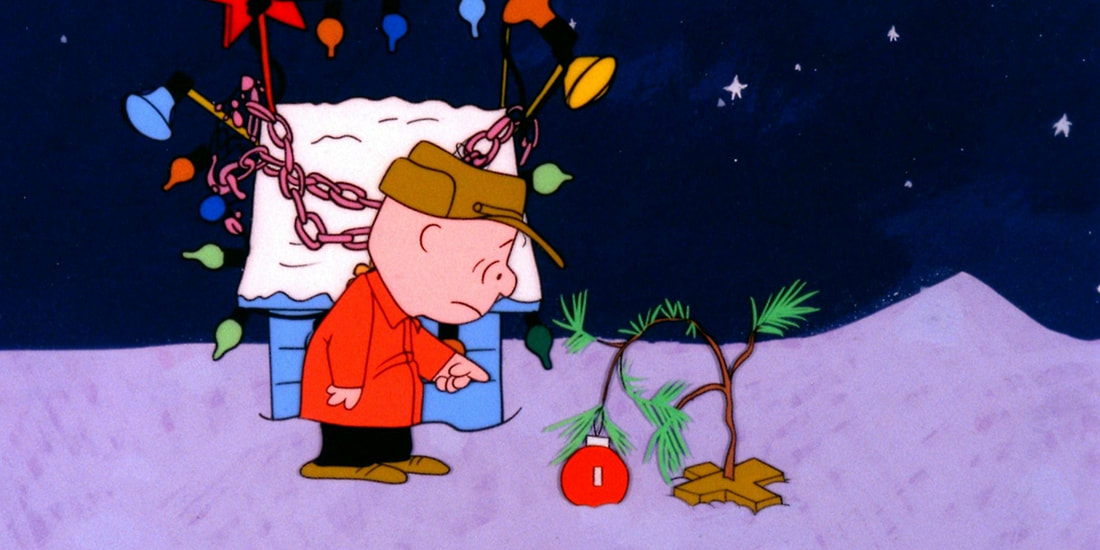 “A Charlie Brown Christmas” is based on the classic comic strip “Peanuts” and tackles the issue of feeling depressed at the holidays and ultimately reveals the true meaning of Christmas through the beloved Charlie Brown characters. It’s amazing that so many iconic quotes like Lucy’s “I never eat December snowflakes. I always wait until January.” are packed into a half hour mini-movie. It’s actually a surprisingly deep story and it’s no wonder it’s been so popular for the past fifty years through its countless re-runs on television around this time of year. 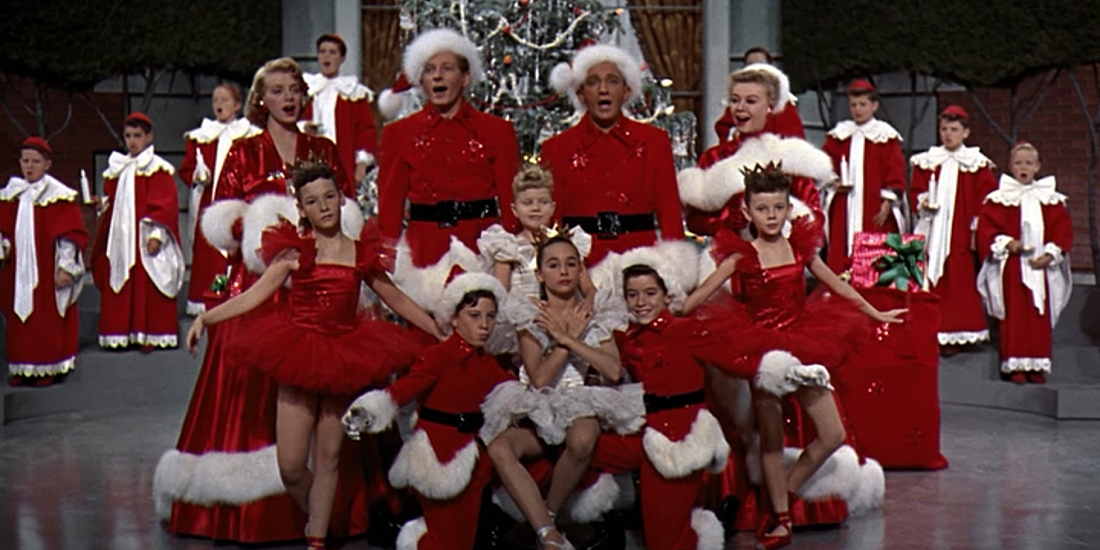 The film starring Rosemary Clooney, Bing Crosby, Danny Kaye, and Vera-Ellen is the most successful Christmas musical movie of all time. “White Christmas” explores the story of two performers who decide to do something special for their former general in WWII when they discover he is now running the inn they’re staying at. The film features music by Irving Berlin including “Sisters,” “Count Your Blessings,” and, of course, “White Christmas” and features beautiful dancing from tap to ballroom which will surely please any film musical lover. 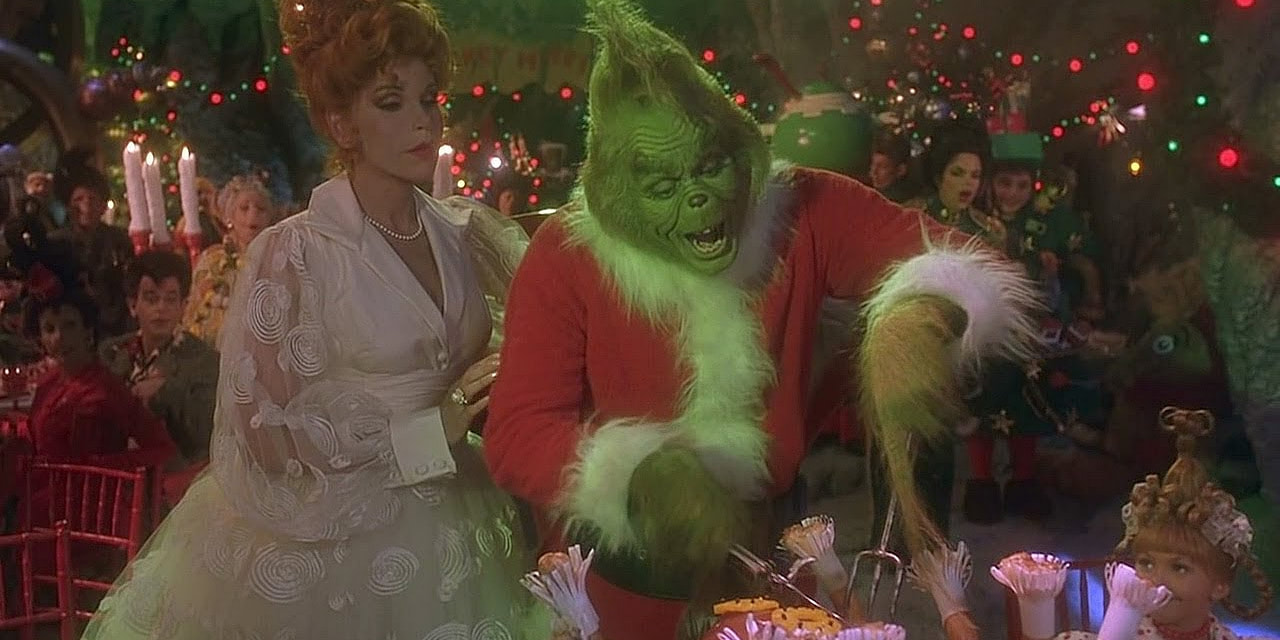 This live-action remake of the original “Dr. Seuss’ How the Grinch Stole Christmas” movie stars Jim Carey as the devious creature who hates Christmas. It retains many of the original rhymes from the Dr. Seuss story while also delving further into the Grinch’s background. It’s not universally well-liked (it carries a 51% rating on Rotten Tomatoes), but the performances by a young Taylor Momsen, the always amazing Christine Baranski and an over-the-top but somehow still lovable Jim Carrey definitely elevate it. 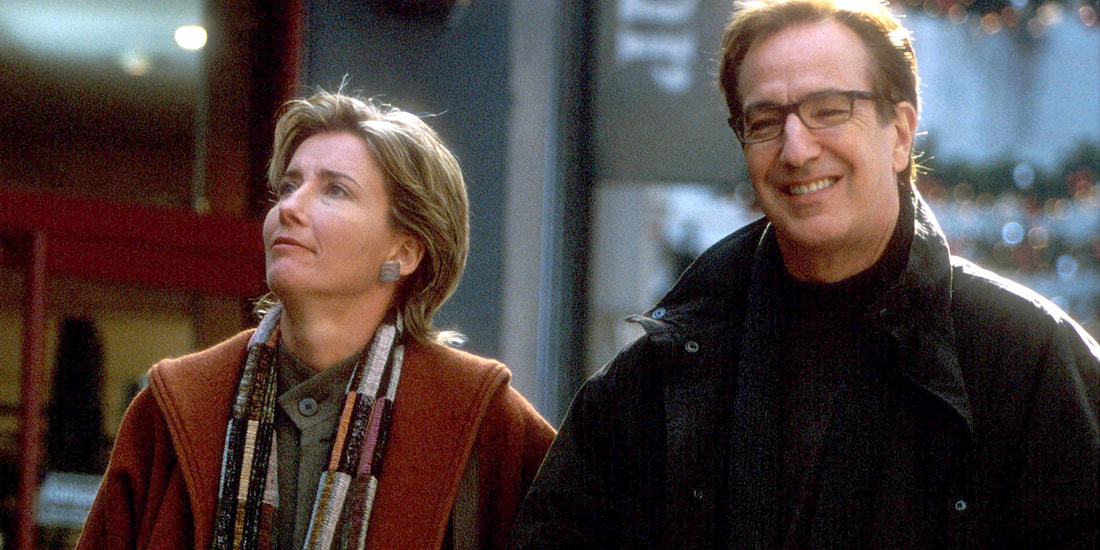 This classic British Christmas rom-com boasts perhaps the most impressive cast of any Christmas movie ever: Colin Firth, Keira Knightley, Hugh Grant, Emma Thompson, Alan Rickman, Andrew Lincoln and Liam Neeson, amongst others. “Love Actually” tells many interweaving stories and everyone who loves it has a favorite (Mine is the one centered around the prime minister, played by Hugh Grant). And who doesn’t tear up a bit at those scenes of families and friends being reunited at the arrivals gate at Heathrow airport? A heart warming classic that has only grown in stature over time. 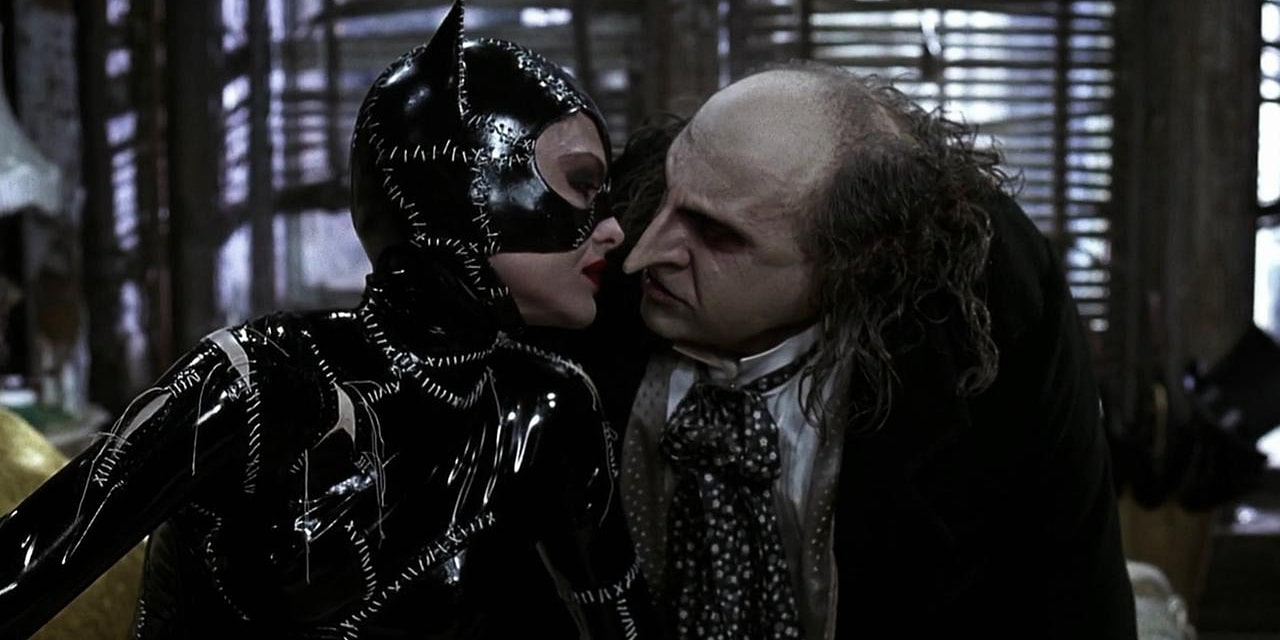 In the second “Batman” installment from Tim Burton, “Batman Returns” stars Michael Keaton once again in the titular role. Batman must defeat the Penguin, played by the always delightful Danny DeVito. This film is darker and more violent than previous Batman iterations but is widely beloved by fans who appreciated its darker, gothic elements. The film is also notable for Michelle Pfieffer’s remarkable performance as Catwoman. The film was arguably more well received by critics and the Academy as well garnering two Academy Awards: Best Visual Effects and Best Makeup. Perhaps it’s not a traditional Christmas movie, but even the people of Gotham celebrate Christmas, so for the purposes of this list, it counts. 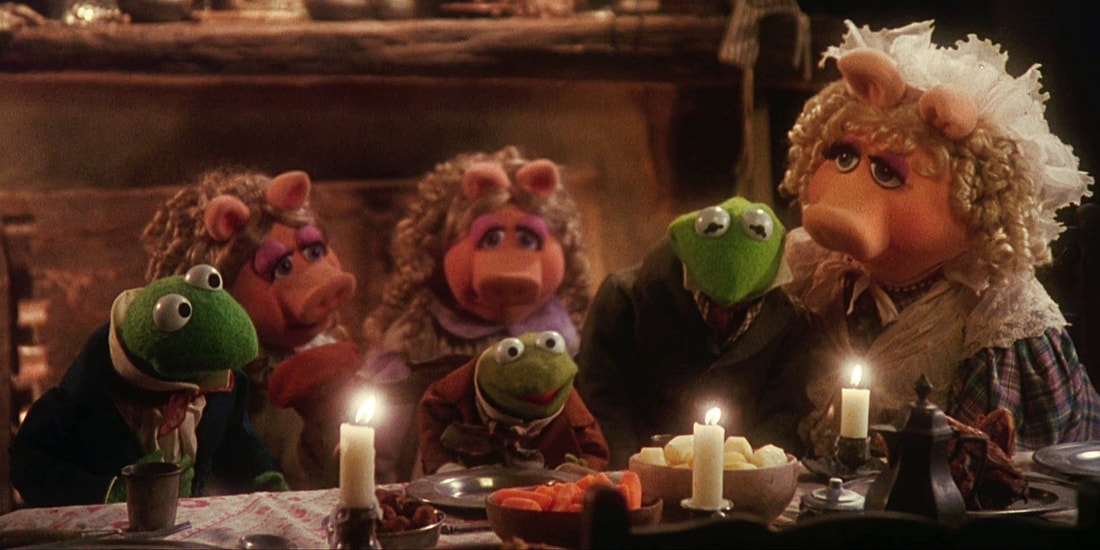 What is a Christmas movie list without an iteration of Charles Dickens’s classic “A Christmas Carol”? Even though there have been many notable versions over the years, the NBP team prefers this version, “The Muppet Christmas Carol” with Michael Caine as Scrooge and Kermit the Frog as Bob Cratchit. Certainly, there’s some nostalgia involved but Jim Henson’s Muppets have always been solid quality children’s entertainment. Arguably, the use of the Muppets actually makes this rather depressing story more suited for a fun family Christmas film and it’s certainly a good introduction to the Dickens classic. 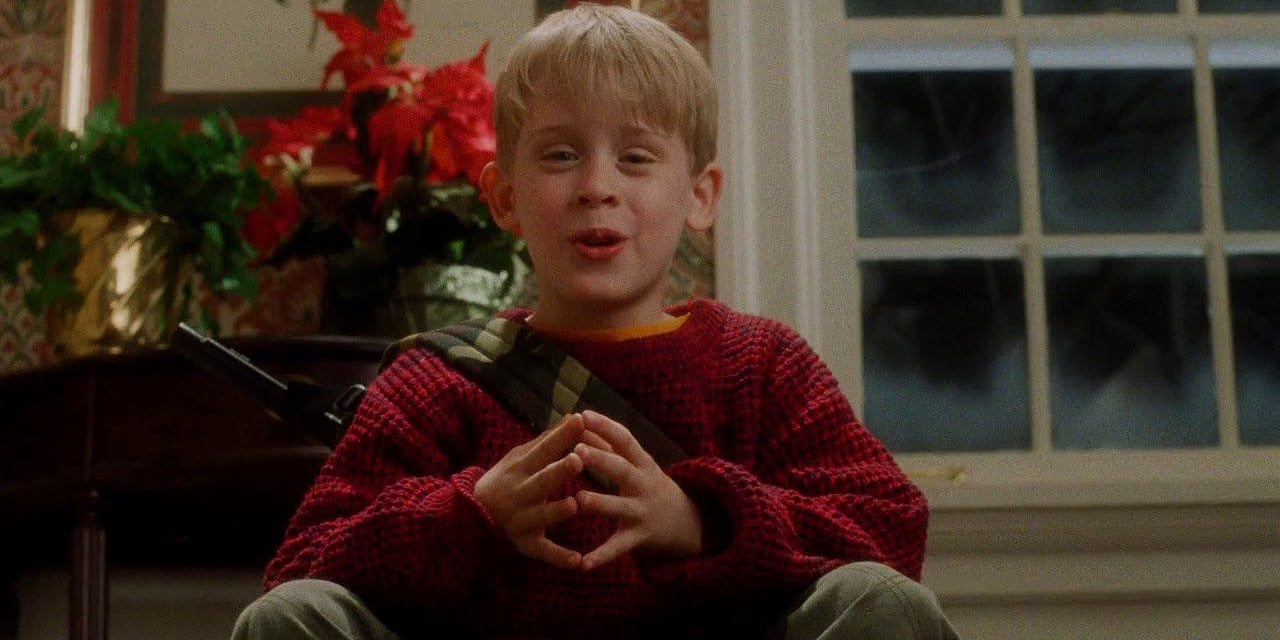 This Christmas comedy classic written by John Hughes and directed by Chris Columbus stars Macaulay Culkin as the mischievous Kevin Mcallister, who is accidentally left home when the rest of his family goes on Christmas vacation. His hilarious hijinks as he fights off two bumbling burglars (Including a toned down for family audiences but always entertaining Joe Pesci) continues to thrill audiences till this day. “Home Alone’s” success eventually led to four sequels (and a rather funny Christmas commercial this year). 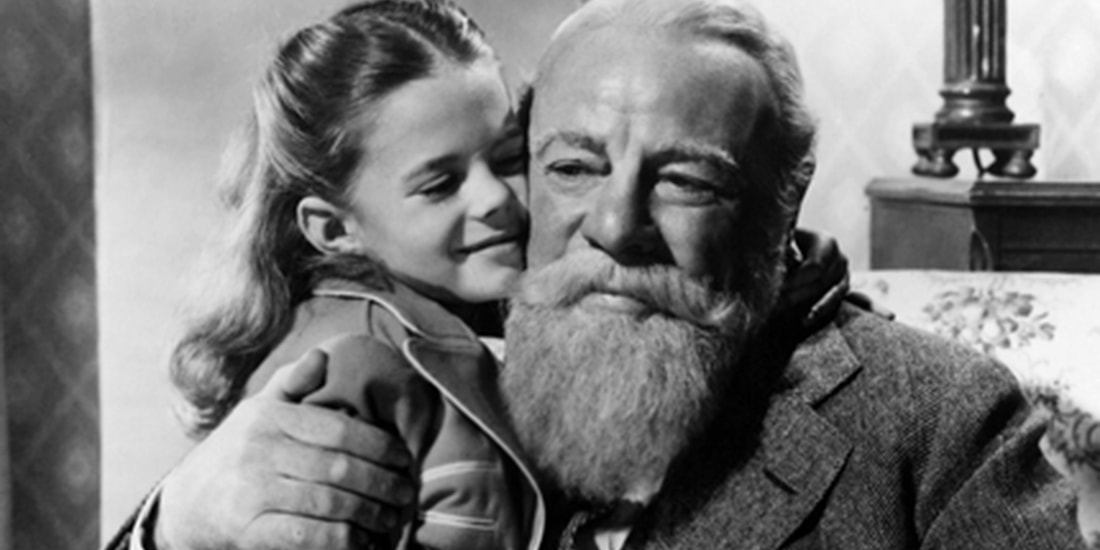 “Miracle On 34th Street” is a Christmas classic that tells the story of a department store Santa Claus who claims to be the real deal and the daughter of the store’s event director who doesn’t think Santa is real. It’s a heartwarming movie about the power of believing and stars Maureen O’Hara and a young Natalie Wood. A 1994 remake was made with Mara Wilson and Richard Attenborough, though the majority of the NBP staff prefers the original film for its warmth, performances, comedy and spirit. 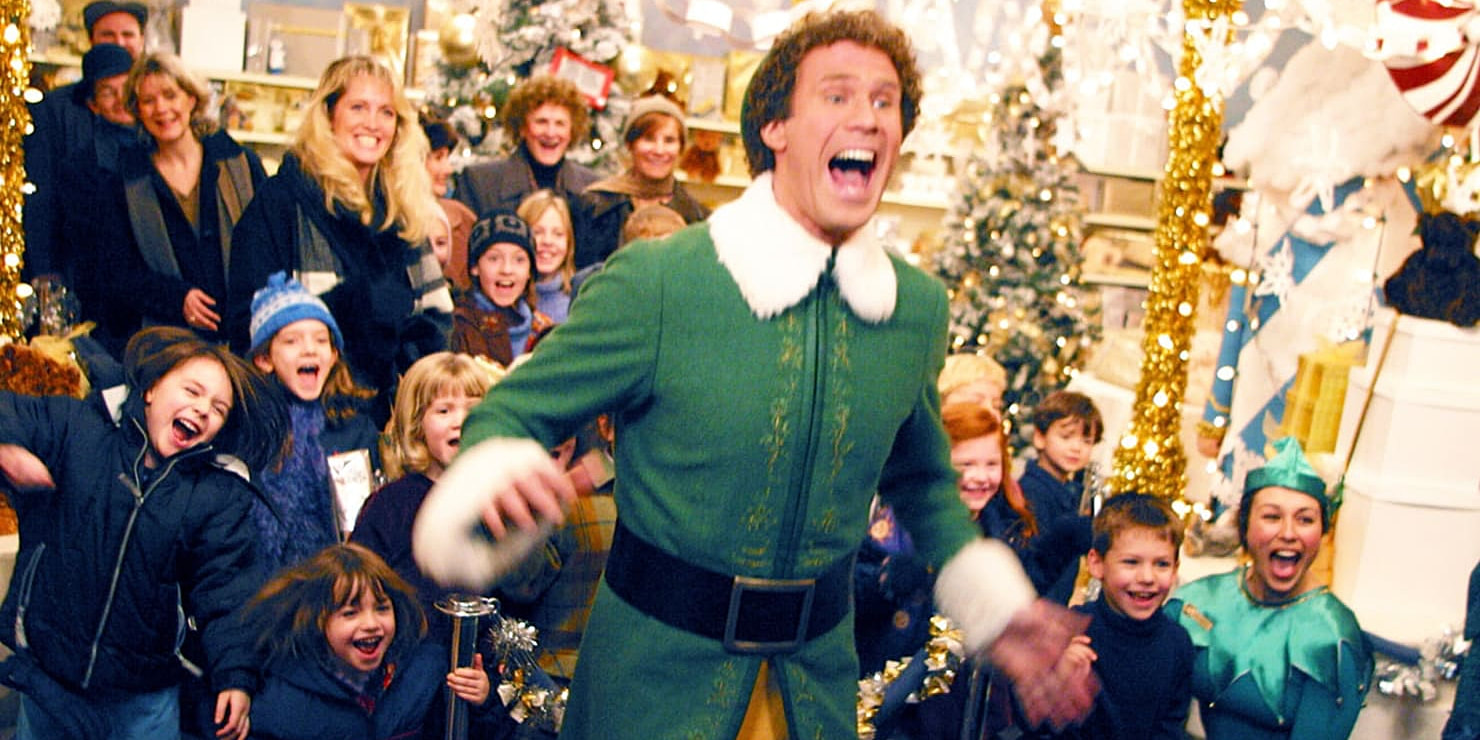 After directing the crime film “Made” and achieving earlier success with “Swingers” few expected Jon Favreau would go on to create a family friendly hit holiday classic. But that’s exactly what “Elf” became. Buddy the Elf (Will Ferrell) is told that though he was raised by elves in the North Pole, he actually is a human. He travels to New York City to find his father (James Caan) and has a little bit of trouble adjusting to big city life and winning over his cynical dad. It is one of Will Ferrell’s most iconic roles with Zooey Deschanel and Ed Asner rounding out the cast making for one of the most quotable Christmas movies of all time. 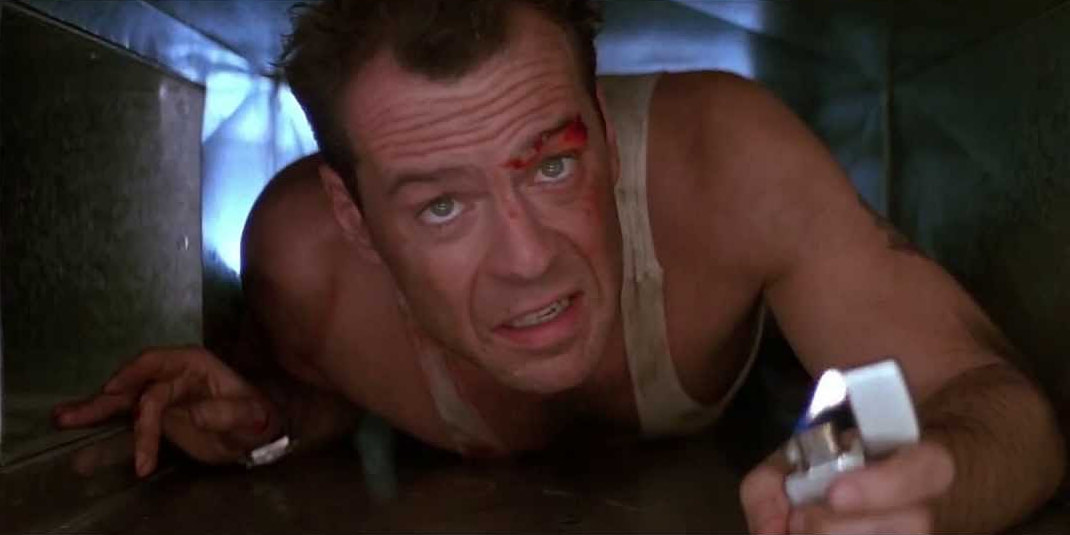 “Die Hard” is essentially the classic Christmas movie that many still claim is not an actual Christmas movie. Directed by John McTiernan, it stars Bruce Willis as off-duty police officer John McClane who is caught within an LA heist led by Hans Gruber, played by the late great Alan Rickman. McClane must rescue all the people stuck inside the building and defeat the bad guys single-handedly. This film propelled Willis into being an action movie star and spawned four sequels. Taking place over the holidays, the debate as to whether this adrenaline filled thrill ride is a Christmas movie or not should no longer be a point of contention. Not only is it considered one of the best Christmas movies, but it’s also perhaps one of the best action movies of all time. 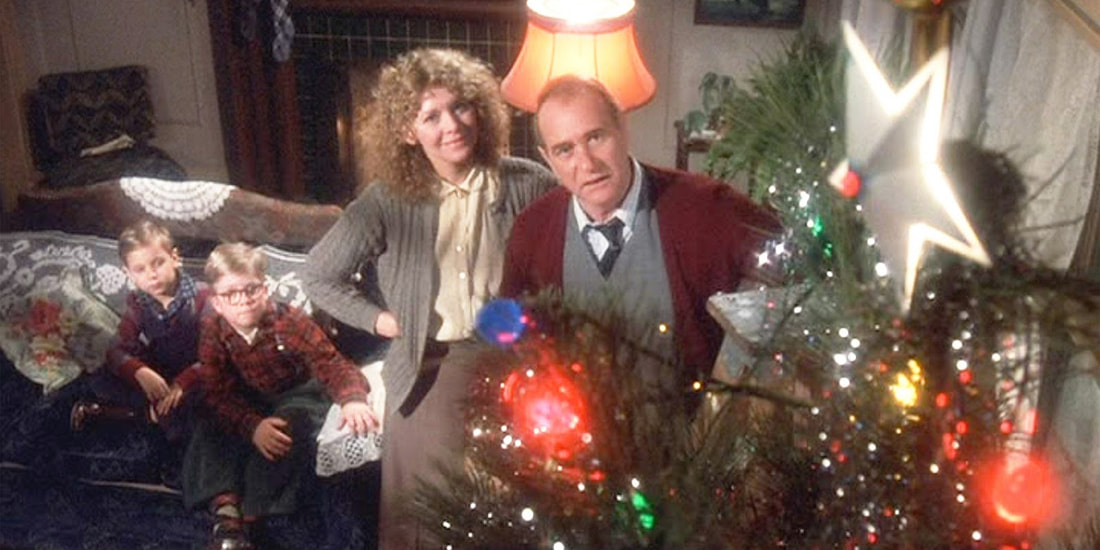 This classic Christmas film portrays the story of Ralphie Parker, played by the talented young Peter Billingsley, who wants a Red Ryder B.B. gun for Christmas more than anything and must convince his parents to get him one. Universally considered one of the best Christmas films, it even inspired a Broadway musical written by Pasek and Paul (“La La Land” & “The Greatest Showman”) that received several Tony Award nominations including Best Musical and has often been quoted and re-enacted with each and every single scene and line of dialogue etched forever in viewer’s minds. 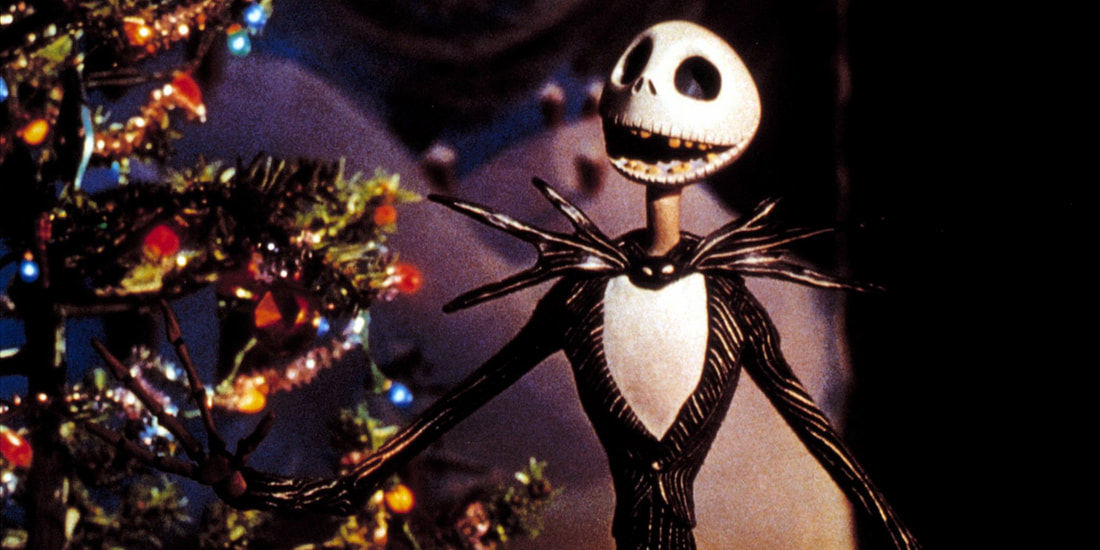 The stop-motion animated musical, “The Nightmare Before Christmas” from the imagination of Tim Burton (but not directed by him. A fact that often gets overlooked. The film’s director was actually Henry Selick) is considered a masterpiece, and not just by the Hot Topic crowd who continue to purchase the film’s merchandise till this day. It depicts the spindly spooky “Pumpkin King” Jack Skellington (A delightful Chris Sarandon who provides the voice and Danny Elfman who does the singing) who yearns for more than organizing Halloween every year. When he kidnaps Santa Claus so that he can organize Christmas for the world instead, rag-doll Sally (Catherine O’Hara) who tries to convince him not to go through with it. The film features many classic songs such as “This Is Halloween” & “What’s This?” and it was the first animated film to be nominated for the Academy Award for Best Visual Effects. 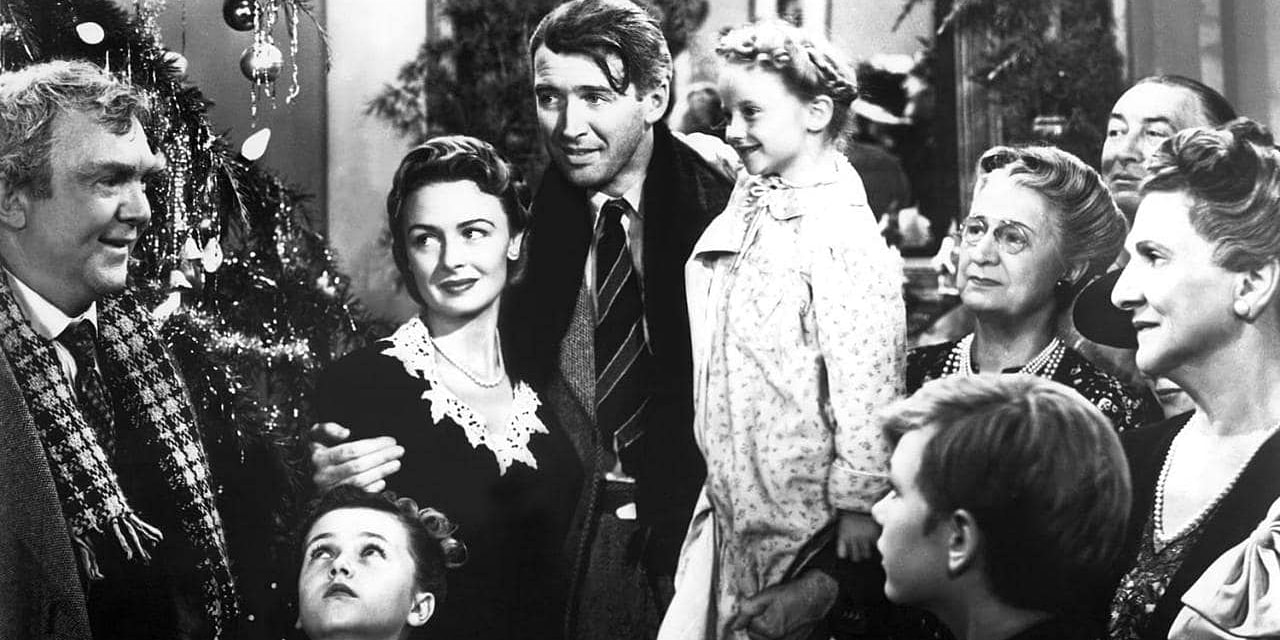 The Next Best Picture team’s favorite Christmas movie of all time is none other than the Frank Capra masterpiece, “It’s A Wonderful Life.” Despite being a box office disappointment initially, it was nominated for five Academy Awards and is now considered one of the best films of all time. With beautiful performances from James Stewart and Donna Reed, the film chronicles the life of George Bailey and considers what would have happened to those he knows if he had never been born. Despite a seemingly dark topic for a holiday film, it’s utterly heartwarming and, in our collective opinion, the best Christmas movie of all time.

What is your favorite Christmas movie of all time? Do you agree with our list? Let us know in the comments section below or on our Twitter account.​