One Week With The Criterion Channel 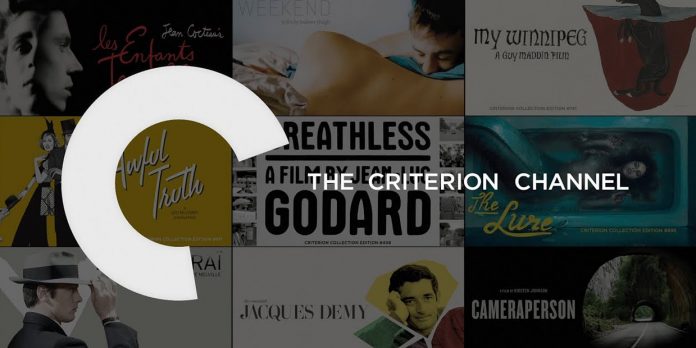 ​I loved FilmStruck. I loved that there was a place on the internet that felt like it was tailor-made for film fanatics. The combination of Turner Classic Movies and the Criterion Collection (brands that started and have continued to influence my love of cinema) was a match made in heaven. So, I was utterly devastated when it was announced that FilmStruck would be shutting down in November of last year. Twitter was ablaze with outrage over its cancellation and pleads for it to return, from casual film fans to critics, all the way up to major filmmakers like Guillermo del Toro.

The Criterion Collection decided to take matters into their own hands and start their own independent streaming service, and on April 8th the Criterion Channel was launched. Since browsing the site and watching some films, I definitely have some thoughts on the service, mainly how it compares to FilmStruck and what it brings to the ever-growing market of streaming services available.

​
​For starters, the site has a very different look from FilmStruck, utilizing a black color scheme and background as opposed to FilmStruck’s bright white and light grays. The channel site has a similar look to that of the actual Criterion website, which had a notorious overhaul and an upgrade to its look last year. Even the search features appear to be the same. They are really playing into the idea of this being a literal Criterion “channel,” with the main page titled “Now Playing” and an emphasis on curated programming (more on that later). That being said, the main page is the only page. At the top of the screen are just the title of the site itself, the “Now Playing” link, and the search icon. We’re so used to streaming services with a plethora of ways to view their catalog, such as by genre or type of medium, that this can be quite jarring at first.

The Channel is prioritizing this idea of a site made up of curated programming, being able to view films within collections based on the filmmaker, genre, or personal suggestions by someone in the film world. This is not something new, as this was found on FilmStruck as well (even down to certain programs transferring to this service like “Adventures in Moviegoing” and “Short + Feature”). These various collections and subsets can all be found on this main page, with “see all” features to browse their entire contents.

One particular feature that I loved about FilmStruck was the ability to view their entire catalog in one long list. While this can be overwhelming at first, it allowed me to create my own curated watchlist and make sure I knew of everything the site had to offer. This was very much unique to FilmStruck in the grand scheme of streaming services so it’s no surprise that this did not carry over to the channel, but I was still slightly disappointed. As a result of this lack of an overall catalog list and the hyper-specific collections, you’re left with searching for films individually or by filmmaker if you want to see everything available on the site. This can get tedious after a while if you’re a completest who values having a watchlist on streaming services (a feature that is available, thankfully).

That being said, the channel features a large portion of the Criterion Collection, including some that are currently out-of-print in physical form. There is a lovely section devoted to the specific Criterion editions of certain films featuring their gorgeous artwork from the Blu-ray releases. The site also features films not currently in the collection, like David Lynch’s The Elephant Man or many of the film noirs found in the “Columbia Noir” section. Like on FilmStruck, a majority of the films available also include special features such as commentary tracks and interviews. There are roughly a thousand titles to choose from and, in the words of Barry Jenkins in his Criterion closet video that has now become a film Twitter meme, “There is just too much good cinema here.”

That is what is most important here: so much good cinema. Even with my nitpicks, I’m so happy the Criterion Channel exists and all that it stands for. Being an avid collector and fan of the Criterion Collection and classic and foreign films as a whole, I want to preserve physical media as long as possible. But, that can get expensive, and while a streaming service like this can also be pricey, it is still cheaper in the long run. Streaming is becoming the norm, but it also allows films to be much more accessible to a wider range of people, especially young people. It’s basically known for this, but Criterion is an international film school of sorts. For people who love movies, this should be the definitive streaming service. Sure, other services have lots of good films, but the wealth of quality films here cannot be ignored. Even people who may not gravitate towards these types of films should at least go into it with an open mind. The thought of anyone denying themselves of seeing movies they may love simply because they are black and white or have subtitles seems so foolish to me. It’s important to remember what we saw with FilmStruck and that something like this can be taken away for being too “niche.” So, do yourself a favor and explore this goldmine of great films.

Have you used the Criterion Channel yet? if not, you can check it out here. For those who have, what do you think? Let us know in the comments section below or on our Twitter account.