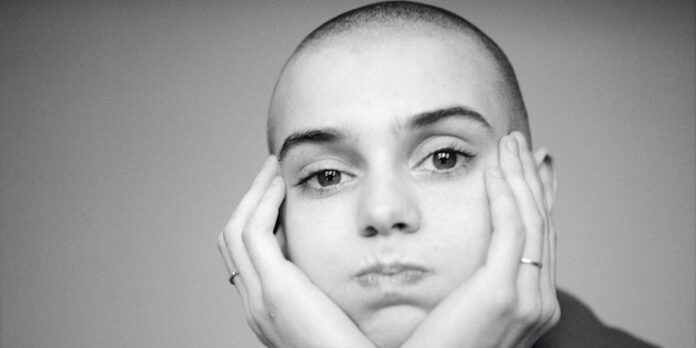 THE STORY – In this accomplished debut feature, Kathryn Ferguson navigates Sinéad O’Connor’s rocky path to stardom with great clarity. The director makes a conscious choice to focus on the late 1980s and early 1990s, when O’Connor was establishing herself as an artist while fighting an onslaught of misogyny and prejudice in the male-dominated music industry and beyond.

​​​​​​Today’s artists have it easy. Suppose a musician makes a controversial statement or is caught in a compromising situation. In that case, it’s safe to say that a good portion of those reacting will have a positive defense of the supposed wrongdoing. The democratic nature of the Internet has undoubtedly allowed for all responses and opinions to get nearly equal attention. But back before social media or even old-fashioned message boards were commonly-visited virtual public squares for all, a unified majority response towards a celebrity’s actions was a more effective form of cancel culture. And arguably, no one was canceled more definitively in the public eye than Sinéad O’Connor. “Nothing Compares,” the new documentary from Kathryn Ferguson, of course, spends a significant amount of time on the singer’s beyond-infamous Saturday Night Live performance. But the greatest achievement of the film is how Ferguson traces O’Connor’s life before the photo tearing incident and shows how her troubled childhood and bravely outspoken adult life should’ve made her defiant act entirely unsurprising to most if they’d been paying attention.

“Nothing Compares” uses primarily archival footage with the occasional brief recreation to give context and help visualize O’Connor’s story. The documentary covers a very slim but important period in the singer’s life, namely 1987 – the year her debut album “The Lion and the Cobra” was released – through 1993, shortly after her SNL performance. O’Connor narrates portions of the film, reflecting on her own life, but the film withholds using any footage of her in the present day until the very end, allowing the focus to remain solely on the six years being recounted.

While the years explored by the film are limited, Ferguson does give space for O’Connor to discuss her turbulent childhood. A line is drawn from this period of her life to the later controversies in which she would find herself. Her strict Roman Catholic upbringing and abusive mother caused a great deal of strife and hardship in her youth. However, the film shows that by O’Connor’s own account, she deeply mourned her mother’s early death for years. It also demonstrates with clarity that she loved the Church when she was younger, and without putting too fine a point on it, it’s shown that part of her outspoken defiance towards the Vatican came from a place of personal betrayal rather than pure provocation, as many later critics would seem to think.

These personal struggles are detailed by the documentary to make O’Connor’s controversies not only make complete sense but feel inevitable. But still, her impactful and unquestionably huge musical career is also explored with affection and clear-eyed reverence. Her sudden burst into public consciousness aligns with a more visible increase in her couldn’t-care-less actions and statements, which makes for a fascinating dichotomy between public affection and ridicule. Again, the film investigates this without making too obvious a comparison.

By limiting the scope of the film’s timeline, it can be seen as making the accidental statement that O’Connor’s life and career after SNL, which saw a notable decrease in public appearances, is less important than the years that the documentary covers. Notably, it jumps suddenly from 1993 to a quick montage of present-day female singers and musicians who are free to be outspoken, showing O’Connor’s influence but practically indicating that she’s more important as a political figure of the past rather than as a musician for all time. However, the film never pretends to be a birth-to-present-day biographical documentary; it’s clearly a portrayal of a defining section of her life. It just so happens that some of the conclusions drawn towards the film’s end have the unfortunate effect of making her impact feel limited to how she’s already viewed by the public today. It doesn’t quite make a case for her being undervalued as a talent, which she certainly is by most.

Despite some messy implications towards the latter portion, “Nothing Compares” is a focused musical documentary that reveres its subject in a non-heavy-handed manner. O’Connor’s impact is made apparent, and her then-shocking acts are shown to have been less unexpected than they were perceived at the time.

"NOTHING COMPARES"<b>THE GOOD -</b> This focused documentary thoroughly examines the period in Sinéad O’Connor’s life when she was most visibly in the public’s eye – 1987 through 1993. It effectively shows how her turbulent upbringing forged her into the outspoken, talented singer she would grow up to be.<br><br> <b>THE BAD -</b> By fixating on a finite number of years, it somewhat makes the unfortunate, if accidental, implication that this was the only important time in the singer’s life.<br><br> ​ <b>THE OSCAR PROSPECTS -</b> Best Documentary Feature<br><br> ​<b>THE FINAL SCORE -</b> 7/10