No Rooney Mara, No Daniel Craig, “The Girl in the Spider’s Web” Set For 2018 Release 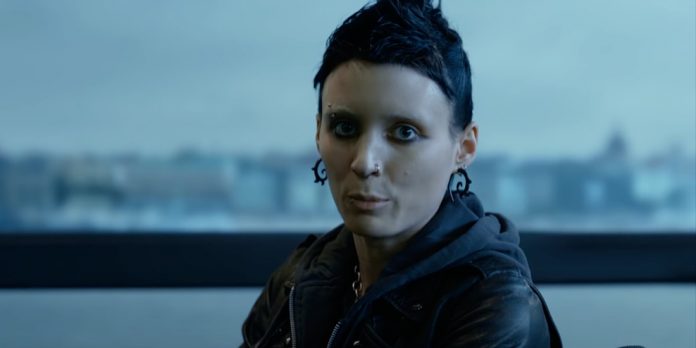 By Josh Tarpley In somewhat unexpected news, Sony is moving forward with a sequel to 2011’s “The Girl With The Dragon Tattoo” and has set a release date for October 5, 2018. In definitely unexpected news, neither David Fincher, Rooney Mara nor Daniel Craig will be returning to the franchise. Director Fede Alvarez makes the jump from the horror realm (“Evil Dead,” “Don’t Breathe”) into the dark mystery that is “The Girl in the Spider’s Web.”
​
Click beyond the jump  to learn more about sequel/reboot. Though it may seem strange that “Dragon Tattoo” is getting a sequel (using that word loosely here) without Mara or Craig returning, when we look back it makes sense. To recap the first film’s reception, imagine you are a Sony executive in 2011. David Fincher is coming off of back-to-back Best Picture/Director nominations for “The Curious Case of Benjamin Button” and “The Social Network,” the Millennium Trilogy have hit the zeitgeist in both book sales and Swedish film adaptations, and you are able to sign on James Bond to star. What could go wrong?

After spending upwards of $90 million on production/advertising, the film made $102 million domestically. Though not a flop (there was another $100 million made internationally), there wasn’t the fervor among audiences Sony wanted, nor did the film earn Best Picture/Director nominations with the Academy. With Craig, Mara and Fincher all in high demand, the chances of a sequel went from guaranteed to slim.

Sony’s solution? Keep the brand, but start from scratch in every other area. We can speculate that “The Girl in the Spider’s Web” will have a much lower budget and Alvarez is currently looking for his new Lisbeth Salander. Alvarez said the following,

“I’m hugely excited and grateful for this opportunity. Sony has become family to me and I can’t think of a more thrilling project to celebrate our relationship. Lisbeth Salander is the kind of character any director dreams of bringing to life. We’ve got a great script and now comes the most fun part – finding our Lisbeth.”

“The Girl in the Spider’s Web” was published in 2014 and was the first Lisbeth Salander book outside of the original Millennium trilogy. The book will serve as a good foundation as a cinematic reboot, as it is less concerned with continuity from the first film and more focused on a self contained mystery.

What do you think? Should Sony leave this “franchise” alone, or does a smaller “Dragon Tattoo” film from the director of “Don’t Breathe” have you excited? Let us know in the comments below.
​
“The Girl in the Spider’s Web” will hit theaters on October 5, 2018. You can follow Josh and hear more of his thoughts on the Oscars and Film on Twitter at @JoshTarpley7