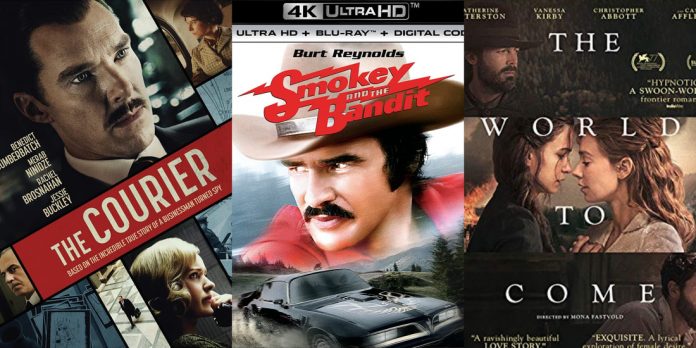 This week, we have some new 2021 releases receiving the home video treatment, plus some comedies and camp classics making their Blu-ray debuts.

Recently, I’ve been doing a deep dive into the films of David Lynch, and recently, I finally watched what I believe to be his best film: 2001’s “Mulholland Drive.” This film’s only Blu-ray release in the US comes from the Criterion Collection, and it is a top-notch release that I would highly recommend. The film stars Naomi Watts, Laura Harring, Justin Theroux, and many more. It is an indescribable film that I’ll just say you should seek out if you’re even a slight fan of David Lynch because it is an other-worldly experience that must be seen to be believed.

The Blu-ray from Criterion is beautiful, as are all of their releases of Lynch’s films, featuring gorgeous digipak packaging with images from the film with a pristine matte finish. This is a newly restored 4K digital transfer supervised by Lynch and cinematographer Peter Deming. It has a lot of the hallmark looks of Lynch’s films but on a grander scale. As far as supplemental features, it includes on-set footage, a deleted scene, and various new interviews with the cast and crew, including a delightful interview with Lynch and Watts together that will just warm your heart with their friendship and collaboration. I would honestly recommend all the Criterion Collection’s releases so far of David Lynch’s films (“Eraserhead,” “The Elephant Man,” “Blue Velvet,” “Twin Peaks: Fire Walk With Me,” and this). Still, if I had to suggest just one, it would be “Mulholland Drive.” ​