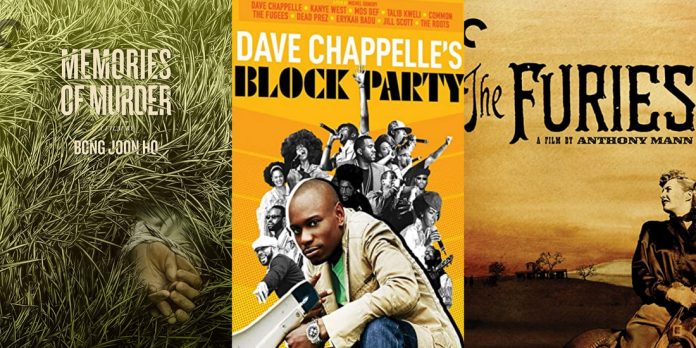 This is a lighter week for recent films on Blu-ray, but there is still an exciting slate of releases from a couple of favorite boutique labels!​

​​Finally, we have several releases this week from the Warner Archive Collection. First comes the 1950 Technicolor musical “Annie Get Your Gun,” directed by George Sidney and starring Betty Hutton, Howard Keel, Louis Calhern, J. Carroll Naish, Edward Arnold, and Keenan Wynn. This includes an introduction and retrospective by Susan Lucci, outtakes with Hutton and Keel, as well as the film’s original star Judy Garland and audio pre-recording session tracks with Garland.

The other two Warner Archive releases this week are both Best Picture Oscar winners. The first is the 1981 British historical drama “Chariots of Fire.” Directed by Hugh Hudson, this stars Ben Cross, Ian Charleson, Nigel Havers, Ian Holm, Lindsay Anderson, John Gielgud, Cheryl Campbell, and Alice Krige. The other is the 1935 version of “Mutiny on the Bounty,” directed by Frank Lloyd and starring Charles Laughton, Clark Gable, and Franchot Tone.

​This week, in honor of the Academy Awards this Sunday and to coincide with the release of “Memories of Murder,” there’s no better time to buy and/or watch the Criterion Collection release of the 2019 Best Picture winner Bong Joon-ho’s “Parasite.” Obviously, there is a standard Blu-ray release and a 4K one can purchase. However, I strongly recommend the Criterion edition due to its impeccable digipak packaging and exclusive special features on this beloved film.

This features a new 4K digital master of the film. It also includes a new audio commentary track with Bong and critic Tony Rayns, the black-and-white version of the movie with an introduction by Bong, a brand new conversation with Bong and critic Darcy Paquet, new interviews with the creative team, a new program on the New Korean Cinema movement with bong and filmmaker Park Chan-wook, the 2019 Cannes Film Festival press conference, a master class with Bong from the Lumière Festival, and storyboard comparisons. When it comes to special features, this release is top-notch and should be a no-brainer to add to your collection. If film quality or price is more your priority and you lean towards the 4K release, that’s fine, but I strongly recommend this release for any film lovers. People sometimes complain about Criterion releasing newer films. However, I appreciate the amount of time and care still being put into physical media releases, and this release is one of the best examples of that.