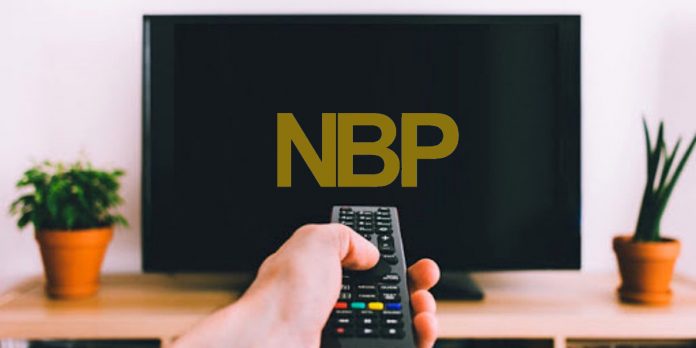 ​Welcome, film lovers! I don’t know about you, but I don’t think my kitchen has ever gotten quite as much of a workout as it has over the past couple of months. And given the rise of community cookbooks and #Instafood posts over that time, it seems like the same is true for quite a lot of people. Some people are in need of the comfort that old family recipes and childhood favorites provide. For others, the mandate to stay at home means that there is finally time to try all those crazy recipes that looked so mouthwatering on “Top Chef” or “The Great British Baking Show”. And for a few, the lack of delivery options means having to figure out what exactly the difference is between a chop and a dice, or how many teaspoons are in a tablespoon. Whatever your level of proficiency in the kitchen, I can guarantee that you will enjoy watching films about food. And it’s not just the impossibly delicious looking meals that you’ll savor, but the heaping portions of emotions that go with them. As always, we’ve restricted the film festival programming to what is available for free on the big three streaming services, so as to make it accessible to as many people as possible.

From the director of “Chocolat” comes another heartwarming tale of the power of food to change a person from a sourpuss to a sweetheart. You can practically smell the spices in the delectable dishes the Kadam family, led by son Hassan, cook across the street from Helen Mirren’s Michelin-starred restaurant in France. The hoary old clichés about the delicacy of French cooking and the bombastic flavors of Indian cuisine are all there and expanded outward to a tale of acceptance, not just of foreigners, but of change. But Lasse Hallström’s light touch makes sure it all goes down as smoothly as a good Hollandaise, and the delightful sparring between Mirren’s Madame Mallory and Om Puri’s Papa Kadam adds just the right amount of kick.

Sticking with French cuisine for a bit as we allow the late, great Nora Ephron to guide us back and forth between two parallel stories of women finding themselves through the joy of cooking (and all the heartburn that comes with it). Meryl Streep’s ebullient performance as Julia Child is supremely entertaining all by itself, but when paired with Amy Adams’ more neurotic, modern Julie Powell, who decides to cook every recipe in Child’s “Mastering the Art of French Cooking” and blog about her experience in order to get herself out of a rut, it pushes the film over into an interesting comment on womanhood in different time periods and societies. Say what you will about Adams’ Julie, but if you’ve ever written something on the internet and sat around all day on pins and needles waiting for a comment or a “like,” you’ll recognize yourself in her all too well. And hey, it might just inspire you to try some of Child’s recipes for yourself!

Now that we’re awake, let’s travel to Taiwan and get ready to climb that one-inch tall barrier of subtitles for this story of a master chef attempting to connect with his three adult daughters. Although they all live in the same house, the only time they seem to be all together is at the weekly “Sunday dinner torture ritual,” to quote one of the young women. If you somehow aren’t hungry yet, you certainly will be after the many culinary delights on display in just the first scene, and it doesn’t let up from there, with enough of a spread to feed the whole of Taipei. This family drama is so keenly observed and deeply felt that it will make you cry over the fact that Ang Lee stopped making this kind of simple, Ozu-like character-focused film in favor of futzing around with cutting-edge movie-making technology.

Brothers Primo (Tony Shalhoub) and Secondo (Stanley Tucci) have emigrated from Italy to America in the hopes of running a restaurant. But 1950s New Jersey isn’t ready for authentic, “fancy” Italian food, and head chef Primo refuses to change his ways. For better and worse, this is exactly the type of film you’d expect it to be when you find out it was a runner-up for the Grand Jury Prize at the Sundance Film Festival. It explores the brotherly bond between Primo and Secondo, who each has something the other lacks, in the day leading up to an appearance at the restaurant by Louis Prima, helpfully arranged by the restaurant’s competitor, fellow Italian Ian Holm (trust me, the casting somehow works). It’s a lively little movie, with some smart blocking and camerawork from first-time directors Tucci and Campbell Scott. Enough so that you long for the two to work on something else in the near future. As a bonus, we also get Minnie Driver, Isabella Rossellini, and Allison Janney in small roles. Buon appetito!

Come on down for some good home-cookin’ courtesy of writer-director George Tillman, Jr. and a tremendous cast. Yes, the plot (about an extended African-American family in Chicago whose already strained relationships begin to break when the matriarch dies suddenly) is super soapy, but it captures the feeling of eating good soul food: It may clog your arteries, but it comforts and warms your soul. With its message about loving each other even at our worst, and its insistence that the simple act of eating together is enough to heal most wounds, this is a perfect film to watch after a big family dinner – when everyone’s stomachs and hearts are full of food and love.

After all that heartwarming family drama, let’s take a detour into pure imagination with this classic. Everyone knows the tale of poor Charlie Bucket who wins a golden ticket to take a tour of the Wonka Chocolate Factory and meet its reclusive owner, candy-maker Willy Wonka. But watch this as an adult and you marvel at just how grotesque it is and just how much surrealism director Mel Stuart managed to pack into a film allegedly for kids. Original book author Roald Dahl may have disowned the film after his screenplay was rewritten, in part to include some Leslie Bricusse and Anthony Newley songs, but the songs are some of the most delightful ever written for a film, and the film captures enough of the cruelty of Dahl’s book to make it a pretty great, if imperfect, adaptation. The real reason to watch, though, is Gene Wilder’s demented, brilliantly unhinged, one of a kind performance as Wonka – one of the greatest performances to not be nominated for an Oscar.

Check out Day 1 and Day 2 of our NBP Quarantine Film Festival programming if you’re looking for more themed options. What are your favorite food movies? Any suggestions for an upcoming theme day for our stay-at-home quarantine film festival? Let us know in the comments section below or on our Twitter account.