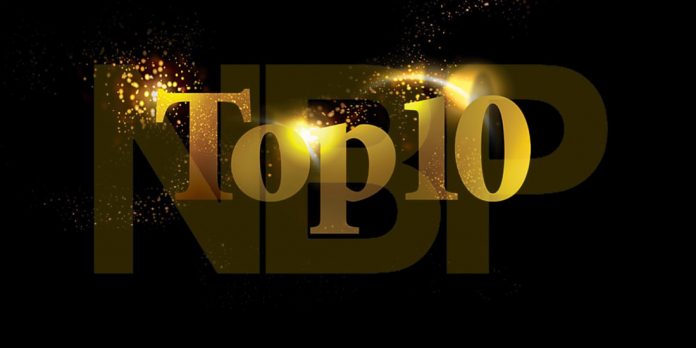 Considering that at the tail end of 2020, I struggled to come up with at least ten films to put on my list of that year’s favorites, 2021 was a cinematic gold mine. Filled with personal histories, fairy tales, epic odysseys, and poignant period pieces, 2021 in film brought audiences to places they’d never been before, creating an exciting foundation for the future of the medium. Compared to last year, I was able to watch a fair amount of films in brick-and-mortar theaters, which only amplified the enjoyment of my film-going experiences. In fact, it was a challenge to cram my list down to only ten titles, and still, there are countless films from 2021 I still have yet to see. Evidently, as a film lover, this is a great problem as I present my top films of 2021.

​Before I present my top 10, I want to make a special note about the Netflix special, “Bo Burnham: Inside.”

Bo Burnham has time and time again proved to have his finger on the cultural and social pulse. As a highly accomplished comedian, singer, director, and actor, there is one skill above all that has cemented him as an essential artistic figure of our era: his impeccable timing. Many forms of media — be that film, television, or music, have taken a stab at tackling COVID-19, often producing groans from consumers who seek out such material for distraction. But once again, Burnham, with the illusion of effortlessness, knows precisely where our collective pain lies and sacrifices himself as the ill-fated messenger of these frustrations to the negligent void. Even though it couldn’t technically qualify for my top 10, this will be the pandemic era’s artistic crowning jewel, serving as a sort of time capsule bearing letters and memories of almost hysterical confusion and for that alone, it deserves a mention.

​I’ve had a lot of time to think about Kenneth Branagh’s semi-autobiographical coming-of-age story about a young boy growing up during the Troubles, and at no point in my critical analysis have I been able to completely separate myself emotionally from the film’s heart and spirit. Seemingly manufactured to make me cry in its familiarity to my own experience with my Belfast-born grandparents, “Belfast” is a bittersweet story without borders, recognizable to anyone with historical ties to a faraway land. I came away from “Belfast “with the feeling of having just poured over a family photo album, relishing in the evidence of familial history while aching for a time gone by.

As someone who had previously declared myself an anti-Anderson type of girl because I found his films “heartless,” I went into “The French Dispatch” with somewhat ill-intentioned expectations. With this film, however, declared Anderson’s most ‘Andersonian,’ I could see the heart in places that I hadn’t even been looking. The film’s anthology of stories is themselves dedicated to love and passion and is told through frames and scenery so precisely crafted as to clearly demonstrate Anderson’s love of his characters and the worlds he creates. Within “The French Dispatch” is a nostalgic look at an era with faith in journalistic standards and a poetic writing style now considered worthless due to our considerably shortened attention spans. Within a culture that pumps out media at the speed of light with little thought, it is refreshing to sit back and allow the cinematic equivalent of a Swiss watch to grab you by the hand and pull you into its own little world.

With this intimate, small-scale fairytale, Celine Sciamma once again earns her place among the most talented filmmakers of the modern era. After her 2019 masterpiece “Portrait of a Lady on Fire” (my favorite film of that year), Sciamma returns with an unconventional love story between a mother and daughter, guiding one another through times of grief and fear. With heartwarming performances from the film’s leads, twins Joséphine and Gabrielle Sanz, the film’s action plays out like a crackling fire, filling its viewers with comfort and a feeling of security. “Petite Maman” may be the one film on this list I can recommend watching alone, under a soft blanket with a warm drink, in the comfort of your own home, because once its seventy-minute runtime is over, that is the only place you’ll want to be.

Denis Villeneuve’s epic Shakespearian space-opera “Dune” ranks among my top ten favorite films of the year primarily because of the wildly enjoyable experience I had seeing it in theatres. These past few years, other film lovers and I have gotten unfortunately familiar with viewing films that deserve the grandiosity of the big screen on our televisions or laptops. But seeing “Dune” in the theatre, in as packed of an audience as one can manage in the COVID era, inflicted one of those moments of blissful satisfaction that film lovers crave. It is an experience that reminds us why we bother with movies in the first place. Like a fine-tuned instrument, the film offers moments of magic in its score, production design, performances, and cinematography that elevate it so high above other films of its kind.

David Lowery’s mystical adaptation of the Arthurian legend ‘Sir Gawain and the Green Knight’ stands firm in its refusal to bend to modern sensibilities and expectations, daringly cracking the source material like an ancient tome and diving in head-first. Lowery and his team managed to create a delicious visual feast for the eyes with gripping performances from its lead performers. As it sits in your mind for days or weeks after viewing, “The Green Knight” forces you to ask yourself if you had really seen what you remember or if it was all just a fantastic dream.

From Socrates to Spike Lee, director Ashgar Farhadi takes a subject debated for thousands of years and methodically uses it to weave a dynamic tale in the space of two hours. 2021’s winner of the Cannes Grand Prix dares to consider the real-life consequences of doing the right thing in an era where one’s every move is so heavily scrutinized by strangers. As if granted an exclusive guidebook to the human species, Farhadi demonstrates how one man’s act of genuine kindness can so disastrously spin out of control to affect everyone around him. Told with wonderful performances and considerate dialogue, “A Hero” presents itself like an ancient fable brought to life, one that offers no simple answers and leaves us with a world of questions.

Once in a while, there comes an artist that so effortlessly displays a capability far above their peers to redefine the limits of a particular artistic medium. Until this year, I was utterly unfamiliar with director Ryusuke Hamaguchi and his work, allowing me to approach his newest film, “Drive My Car,” with no expectations or knowledge besides the fact that it was three hours long. It is a rare feat when a film can declare its brilliance in its first shot, but as many of its witnesses will testify, “Drive My Car” holds its audience from start to finish, resulting in an overwhelmingly emotional cinematic experience. Hamaguchi’s tale feels almost prophetic for our era as a story of solitude and grief, asking us to examine feelings we didn’t even know we had.

​3. THE TRAGEDY OF MACBETH

Shakespeare is a worthy adversary. Filmmakers who dare to tackle the work in the hope of a successful adaptation inadvertently declare expertise beyond filmmaking, suggesting knowledge of centuries of literature, drama, and philosophy. As expected, many fail. Joel Coen, however, succeeds in conveying Shakespeare’s beliefs toward tyranny and power while setting new standards in cinematography and production design. With shades of German Expression and classic Hollywood, Coen understands his sources and how to portray them to the modern audience without cutting corners or lessening any blows. “The Tragedy of Macbeth” sent literal chills down my spine, creating a theatrical experience that went beyond the eyes and ears and instead required the participation of one’s whole physical being.

When Julie Ducournau won the Palme d’Or for her second feature film “Titane,” the title instantly shot up to the top of my 2021 anticipated list. Already defying cinematic conventions with her debut film “Raw,” Ducournau has once again displayed a clear voice and distinct style that has made her one of the most exciting and daring directors of her generation. “Titane” asks us to put aside our expectations and, when we’re not looking, sets our hair on fire like a modern-day Prometheus. Still, when asked what the film is about, I decline to answer, knowing that I can never properly summarize the chaos of the film into a neat and tidy elevator pitch. No one could have predicted how “Titane’s” story would unfold because no one has ever told a story quite like it.

I approached “Passing,” Rebecca Hall’s directorial debut, with almost total neutrality. Naturally, I had a fondness for its lead actress Tessa Thompson and Ruth Negga, a personal interest in the era it sought to portray, and an incorrect assumption that I knew what to expect from the film’s themes and style. What I could not expect was a film so complete, so aware of itself, and so clear in its voice as to become my favorite film of the year. Hall has easily found herself amongst the pantheon of great first-time directors with a steady hand in the film’s stunning cinematography, performances, and screenplay adapted from a novella that does not easily lend itself to a cinematic adaptation. Called to mind are the melancholy paintings of Edward Hopper that so masterfully portrayed an isolated and anxious America in the early twentieth century, images so easily recognizable to audiences of today. Without exaggeration, every single frame of the film could serve as the basis for a short story, so precisely invoking the essence and attitudes of the era and our inherent, eternal desire for belonging.

What do you think of my list? Let us know what you think in the comments section below or on our Twitter account. Be on the lookout for more of our Top 10’s for 2021 and check out our Editor In Chief Matt Neglia’s Top 10 list here, along with Josh Parham, Daniel Howat and Tom O’Brien’s lists here, here, and here respectively. The annual NBP Film Community Award nominations ballot went out yesterday and can be voted on here.