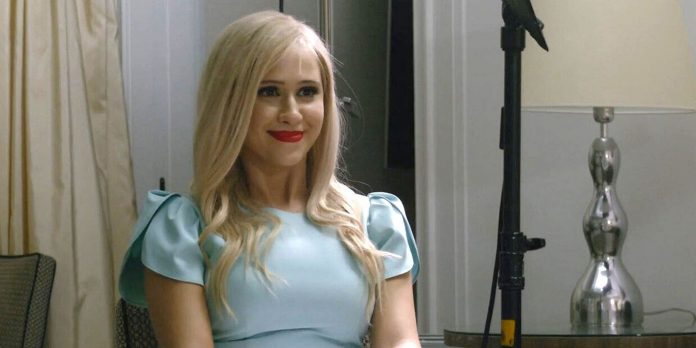 After receiving the bulk of the praise for “Borat Subsequent Moviefilm,” Bakalova has been heavily campaigned by Amazon. This move puts her in some heavy competition for a nomination at the Globes. The contenders include Carey Mulligan (“Promising Young Woman“), Michelle Pfeiffer (“French Exit“), Rashida Jones (“On The Rocks“) and even Meryl Streep times two (“The Prom” & “Let Them All Talk“), among others. “Borat Subsequent Moviefilm” should cruise to Globe nominations for Best Film – Comedy/Musical and Best Comedy/Musical Actor for Sacha Baron Cohen.

While this move complicates our predictions since it moves her away from the rest of the Supporting Actress contenders, it’s a very wise move by Amazon. Supporting Actress is shaping up now, and there are plenty of more traditional choices for voting bodies, like Amanda Seyfried (“Mank“), Glenn Close (“Hillbilly Elegy“), and Olivia Colman (“The Father“). Bakalova, though a fan favorite, was always going to face an uphill battle to any nominations when up against more “serious” performances. By moving her to Lead in one of the only categories that nominates comedies, it all but guarantees her a nomination. Why risk getting bumped out of Supporting Actress at the Globes when they can make sure to keep her in the conversation?

Furthermore, I think she has a legitimate shot at winning the Globe. Her biggest competition will come from Mulligan and Streep (for “The Prom“), but she could easily surprise. If she manages that, while still winning critics prizes, she could overcome the bias that the Academy has with comedic performances to land herself a nomination.

Hear me carefully: it’s still a long-shot for her to make the Oscar lineup. Remember, Tiffany Haddish also won NYFCC and scored a Critics’ Choice nomination and didn’t get an Oscar nomination for her role in “Girls Trip.” The key difference, though: Haddish didn’t get a Golden Globe nomination.
​
Are you predicting Bakalova to get a Golden Globe nomination? Do you think she can break into the Academy Award lineup? Let us know what you think in the comments section below or on our Twitter account.