Looking At The Fall Film Festivals’ Impact On Awards Season 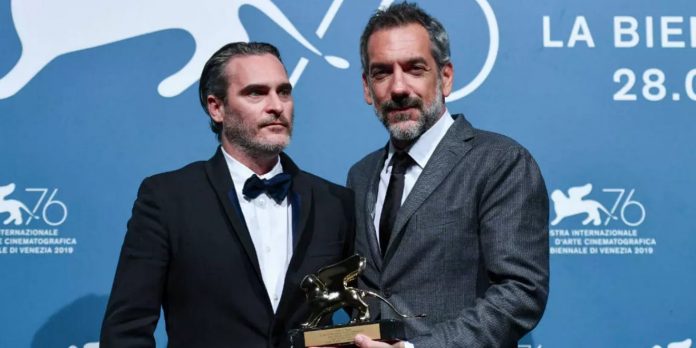 September is here, which means that the fall film festival season is suddenly upon us. Besides the opportunity to see much-anticipated movies from big-name directors, it also means that it’s the official start to the awards season. The fall festival lineups and awards are often seen as the first important precursor for films that can either be the exciting beginning or the unceremonious end to Oscar prospects. But due to unbelievably obvious reasons, the festivals are a little bit different this year. Many films have been pushed back or removed from festivals, and festivals themselves have a different structure entirely. This means that their position as early awards indicators are inevitably going to be looked at in a different light than previous years. To know what to expect, even in this unusual season, let’s take a look at these festivals’ previous track records for being an early predictor of eventual Oscar success.

The Venice Film Festival, which is currently ongoing, presents a whole host of awards to the films they exhibit. Most important is the Golden Lion, which is presented to the best film screened in competition. With it being the most prestigious award at the festival, it’s easy to look to that as an important premonition of what will eventually snag the top Oscar. However, their record of awarding eventual Best Picture players is surprisingly small: Out of the 66 films that have been awarded the Golden Lion since 1946, only six films have gone on to be nominated for Best Picture at the Oscars:

Although this may seem like an unimpressive amount of overlap, the fact that three of the dual awardees occurred consecutively across the past three years seems to indicate that the tastes of Venice and the Oscars may be converging.

Additionally, Golden Lion winner “Rashomon” went on to win an Honorary Award for Foreign Language Film as voted on by the Academy’s Board of Governors. Regardless, the correlation between Golden Lion winners and eventual Oscar success is not there.

The Venice Film Festival also gives out several awards in other categories. However, these awards have even less overlap with the Academy than the Golden Lion. The one area where the Oscars and Venice do walk slightly hand-in-hand is in their acting awards. There are two acting awards given out at Venice: the Volpi Cup for Best Actress and Best Actor. Thirteen of the Best Actress winners have gone on to be nominated for an Oscar:

Even more surprising is the overlap between Volpi Cup Best Actor winners and male Oscar nominees – occurring at a comparatively impressive 15 times:

While the Venice Film Festival may not be historically the most reliable indicator of a film’s prospective chances with the Academy, it does appear that there is greater potential for Volpi Cup awarded performers to eventually find Oscar success. The percentage of overlap is not as strong as the televised awards that come later in the season, but a performer being awarded in Venice should be looked at with interest by Oscar prognosticators.

​The Toronto International Film Festival is another of the all-important fall film festivals. The award to keep an eye on at this festival is their People’s Choice Award. Unlike other festivals where a select jury decides the award winners, Toronto’s big prize is determined by its audience. This award has one of the most famously reliable track records in terms of indicating a film’s Oscar potential. Since the award was first given out in 1978, a whopping 18 People’s Choice winners have gone on to be nominated for Best Picture:

And those are just the winners – an additional 10 TIFF runners-up found eventual Best Picture success:

Also, nine TIFF winners and three runners-up have gone on to be nominated for Best International Feature Film, and one TIFF winner and one runner-up eventually won Best Documentary Feature. What’s even more important to Oscar predictors is the stellar track record TIFF has had recently. The TIFF People’s Choice Award has gone to a future Best Picture nominee every year – except in 2011 – since the 2008 festival. This year’s different festival structure is sure to affect its awards, but statistics and history show that the TIFF People’s Choice winner needs to be taken seriously as an Oscar contender no matter the circumstances.

While these festivals may have different track records for predicting eventual Oscar nominees and winners, they both need to be looked at as important bellwethers. This year’s different festival structure obviously may impact that. We’ve already seen an upending of the typical fall festival season with the cancellation of this year’s Telluride Film Festival. Telluride previously held a stellar track record when it came to selecting future Best Picture contenders. Its absence, along with atypical circumstances for the festivals that are still going forward, means that this Oscar season promises to be even more unpredictable than usual. Can we take this year’s festival selection seriously? Or are we simply dealing with what we’re given? To quote a film which premiered at NYFF last year, “it’s what it is.”

Do you think the film festivals will play as major of a role this year in the Oscar race? If so, how? Let us know in the comments section below or on our Twitter account.