Where To Watch The 2020 Emmy Nominees 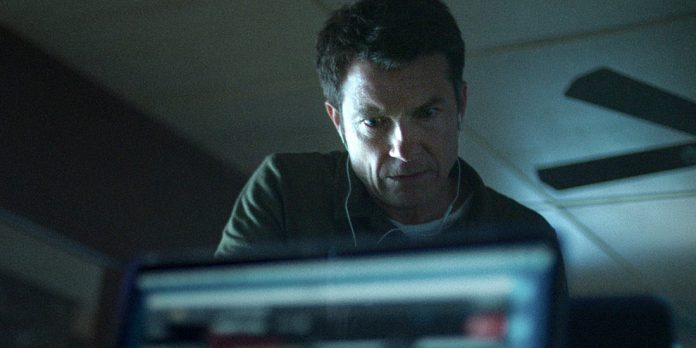 ​One of the most interesting TV events of the fall will be just how ABC pulls off its primetime presentation of the 72nd Emmy Awards on September 20. As the show was originally scheduled to take place at the Microsoft Theater in Los Angeles, the COVID-19 pandemic has forced Emmy producers to rethink just how to televise the awards – still hosted by Jimmy Kimmel – and capture the magic moments of nominees winning that coveted trophy. With cameras at the homes of over 140 nominees, you figure out the logistics.

Now that the Emmy voters have submitted their ballots (as an Emmy voter, I got my ballot in one day early – a new record for me), there’s not much that viewers can do until the ceremony but catch up on the nominees. With a wide range of contenders this year, one of the most frequent questions I get is: “What channel is this show on?”

Let’s go through all of the major Emmy contenders that have earned double-digit nominations, and where you can find them…

The HBO adaptation of the DC comics series is considered to be far superior to the 2009 feature film attempt to adapt the comic book material. In its TV incarnation, the focus is on racial strife, making it far more relevant to events today than almost any other series on the air. Nominated star Regina King (pictured above, right) has the opportunity to win her fourth Emmy (from three different series!), and the wide range of nominations for the limited series indicates support from all over the Television Academy.

​”Mrs. Maisel” is one of the few comedy series that has enormous support in the Academy’s technical branches as it is a one-camera period comedy that has strong costumes and set design. Star Rachel Brosnahan, who won the Emmy in 2018, and supporting actress Alex Borstein, who is the second-time defending champion in the supporting actress category, hope to repeat.

Where to find it: Amazon Prime

This crime-oriented drama is one of those series that started out quietly awards-wise, earning three Emmy nominations for its first year and nine for its second, but this year, its awards recognition has exploded with 18 nods. One telling indication of its strength is that its star, Jason Bateman, wrested the Best Director Emmy win last year during the “Game of Thrones” love fest. Look for “Ozark” to get some more Emmy love this year.

Like “Ozark,” “Succession” has come on strong in its latest season in its tale of a media potentate (Brian Cox) who has reached his retirement age, but who is challenged by his son and troubled heir apparent (Jeremy Strong). Both Cox and Strong are nominated for Best Actor, and that battle will be one of the most interesting of this year’s Emmy night.

The number of nominations that this “Star Wars” spinoff landed was the big surprise on nomination day, especially since Disney+ is only in its first year. Its nomination in Drama Series would be a longshot win at best, but the series’ strong production values could result in a large number of wins at the Creative Arts Emmys. “The Mandalorian” (and Baby Yoda) may be the sleeper candidate of the year.

Where to find it: Disney+

Not much more to say here – 45 seasons and 71 Emmy wins under its belt – but look out for Kenan Thompson in the Supporting Actor race. He’s been the MVP of Season 45 and might be amply rewarded here. Looking forward, I can’t wait for Emmy nominee Cecily Strong’s upcoming take on Kimberly Guilfoyle’s cuckoo speech at this year’s RNC.

Where to find it: NBC On Demand & Peacock

This Canadian sitcom, which has quietly aired on Pop TV, only came to serious Emmy attention in season five (after its reruns were widely seen and loved on Netflix). Now, in its final season six, it has become an Emmy juggernaut, with a strong chance of winning Best Comedy Series, Best Actor, and Best Actress, which would be the story of the night.

Where to find it: Pop TV

This season was the big transition between young Queen Elizabeth (Claire Foy) and middle-aged Elizabeth (Olivia Colman), and from the reaction of critics and audiences, the transition seems to have gone smoothly. Look for Oscar-winner Colman (“The Favourite“) as Elizabeth and two-time Oscar nominee Helena Bonham Carter, as Princess Margaret, to be in the thick of their races for the Emmy.

Ryan Murphy’s alternative-reality look at the film industry in the 1950s disappointed a bit in nominations, missing a nod for the big prize of Outstanding Limited Series, but it did get some key acting nominations. Emmy favorite Jim Parsons got a nod as an abusive gay talent agent, as did Holland Taylor in one of the year’s best performances as a studio executive looking at one last chance for love.

From 22 Emmy nominations in 2017, “Westworld” season three has fallen to half that number this year, but that does include Emmy winners Jeffrey Wright and Thandie Newton, both of whom are back and may surprise. “Westworld’s” Emmy haul, however, has largely been in the technical categories, and there’s no reason that the series will not be a contender again.

“Drag Race” is one of the few series that became an Emmy powerhouse eight seasons into its run. It has won the Competition Program Emmy for the past two years, and host RuPaul has won that Emmy for the past four years, currently tied with “Survivor’s” Jeff Probst for that title. And the ten nominations for the mothership don’t include three additional short series nominations, including its spin-off “Untucked.” After a slow start, this series has become an enormous franchise, and season 12 did not stint on the drama, suggesting yet another victory for the crew. (Bye-eee!)

Where to find it: VH1 on Demand

Dahvi Waller’s look at the 1970s battle for the Equal Rights Amendment under-performed a bit in the Emmy nomination race – its supporting actress candidates could have taken up all five slots – but the Best Actress showdown between Oscar-winner Cate Blanchett (as her first American series regular role) vs. Regina King has Emmy prognosticators salivating at the match-up.

Where to find it: FX on Hulu

As the first series from a streaming service to win the Emmy as Outstanding Drama Series, “The Handmaid’s Tale” has already landed a footnote in Emmy history, but its prospects this year are less likely to turn out as well. For example, its star, Emmy-winner Elisabeth Moss, failed to even garner a nomination as Best Actress and that poses a huge red flag about the series’ chances to snag the big Emmy. Predict at your own risk.

Where to find it: Hulu

Which of the major Emmy contenders have you seen so far? Which ones do you still want to see? Let us know your thoughts in the comments section below or on our Twitter account.