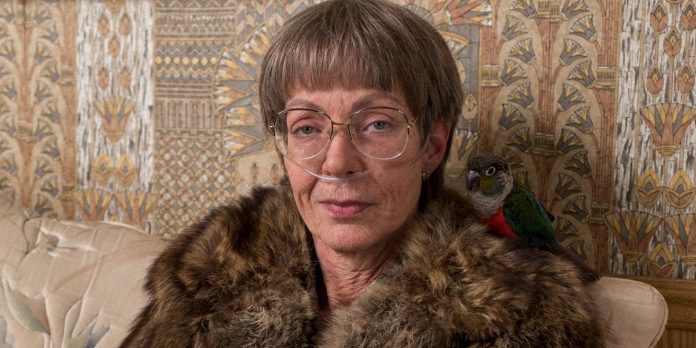 For us here at Next Best Picture and all those who enjoy the awards race, this is the most wonderful time of the year. Peter Travers and David Ehrlich have released their favorites of the year, the regional critics and various awards bodies are putting out nominations almost daily now, and studios are finally giving their Oscar contenders wide releases. With the influx of awards race goodness comes the equal reaction expected when unexpected nominations or snubs are announced. Part of the reason we love the Oscars is deep down inside we like the idea of winners and losers, but with that in mind let’s all just enjoy the excitement of this phase of the race.

It is understandable to express outrage at snubs. There are only so many nomination spots and it hurts when someone we feel is worthy doesn’t get nominated. There is a way to be positive about a snub by saying “well atleast so-and-so got nominated,” but it makes sense for that comment to happen every time a group announces their awards.

What seems to be really popping up these days is an outrage over nominees that are “outside of the box” and they don’t belong. I’ll give you one nominee and one category as an example. On the individual award side, NYFCC awarded Tiffany Haddish their Best Supporting Actor award (BFCA nominated here as well) and it has started a large argument online. Zooming out a little bit, LAOFCS debuted this year with a (apparently) controversial “Best Female Director” award, splitting directors similarly to how they are split in the acting categories.

Yes there is a case as to whether or not these awards should be happening the way they are, but what we should be wary of is outrage against something purely because it is different than the status quo. By the time we get to the PGA/DGA winners most of us will be “bored” with the race because it has become “predictable,” so lets celebrate the different types of awards and nominations we are seeing here this month.

The Critics Choice nominated Patrick Stewart for “Logan.” The WAFCA and LAOFCS nominated “Baby Driver” for editing (it really is a shame that Edgar Wright’s filmography is not littered with Editing wins). Detroit Film Critics gaves us something different by awarding “The Florida Project” with Picture/Director wins. The National Board of Review went out of their way to recognize Patty Jenkins and Gal Gadot for “Wonder Woman” (the film also picked some traction in AFI’s Top 10). Whether or not you agree with the specific nomination, the variety on display here should be celebrated and we should enjoy it.

On one hand, NBR named “Logan” and “Baby Driver” as some of their best films of the year. On the other hand, they also listed “Downsizing” (friendly reminder that “Downsizing” is bad). But you know what, I’m going to take my own advice and celebrate that we have awards bodies like NBR to mix it up every year.

We have a long way to go before we get to Oscar nominations morning. Trust me, there should be no fear of “Twin Peaks” getting nominated for Best Picture by the Academy, but here we are in the first week of December talking about it due to some listing it. At its very core, the Oscars and year-end awards about celebrating the best in film each year. The subjectivity of film means that some out-of-the-box nominations will happen. Lets enjoy it.