It’s Time For The Academy To Finally Recognize The “Mission: Impossible” Franchise 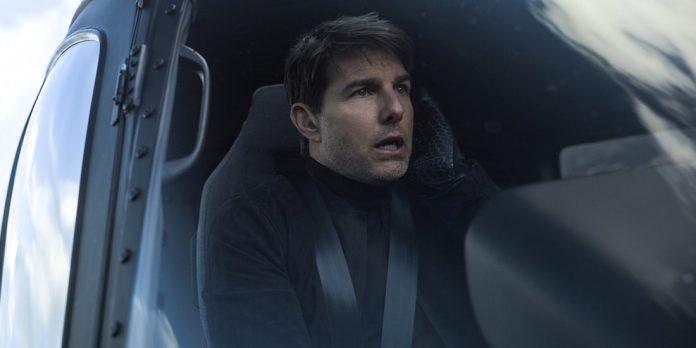 Yet another installment in the “Mission: Impossible” franchise opens this week. Coming up on 22 years running, the franchise has proven itself one of the most reliable action franchises in Hollywood, netting more than $2.7 billion at the worldwide box office. With 6 films under its belt, many argue that the series is one of the rare ones to improve with time. While the first film only landed in the mid 60’s on Rotten Tomatoes, 2011’s “Ghost Protocol” and 2015’s “Rogue Nation” both ended up in the 90s. However, all five films in the franchise have never been recognized by the Academy with a single Oscar nomination in any category. Perhaps the time has finally come for Academy voters to recognize the “Mission: Impossible” franchise with its latest (And many say best) film to date: “Mission: Impossible – Fallout.”​

Each time around, the series makes money. Each time around, the editing, sound design, and VFX are state of the art. Judging by the reviews, the latest installment, which currently sits in the 90s on Rotten Tomatoes is no exception. In fact, many reviews claim that this is the series’ best installment yet, with some calling the film “the best action film since “Mad Max: Fury Road.”

Reviews praise the film’s plot, performances, and humor, but unsurprisingly, it is the film’s techs that are being singled out the most. Brian Tallerico, editor of RogerEbert.com gushes that “The editing and sound design in Fallout is as good as any major film in years. I’m talking ‘Dunkirk‘ good.” Variety’s Kris Tapley states, “the editing is absolute. The sound puts you right there. The cinematography leaves your jaw on the ground at the sheer gall of it all.”

We could focus on why the film’s cinematography would be deserving of a nomination but let’s face it…That’s not going to happen. And neither is best film editing. Where this series could see its first attention is in the sound categories. McQuarrie assembled a team of aces to generate the film’s punishing, immersive soundscape, some of whom are Oscar veterans, and some of whom are frankly overdue for a nomination.

Here are the folks responsible for “Mission: Impossible – Fallout’s” soundscape.

Nominated once but never won

In short, there is a slew of talented people involved with the film’s sound who have yet to receive the recognition they deserve. And the Academy has a long history of throwing sound nominations to well-reviewed summer blockbusters, especially ones with respected industry veterans onboard, like 2-time Oscar winner Chris Munro. And the main response to that argument is, “The Academy has never shown the franchise any love. Why would they start now? The only franchise installments that get attention are ones that have been getting Academy love since the first film.” And while that is often true, there is a precedent for “Mission: Impossible – Fallout” to get some better late than never Oscar love. AMPAS is more willing than one might think to acknowledge later installments in a series.

For example: The “Mad Max” franchise was ignored for its first three installments. Then the fourth came along and netted six Oscar wins along with nominations for Picture and Director. The “X-Men” franchise was ignored by the Academy for the first six installments. Suddenly, on the film’s seventh entry, “Days Of Future Past,” the Academy finally warmed up to “X-Men” and gave the film a Best Visual Effects Nomination. This then set the stage for “Logan” to snag an Adapted Screenplay nomination last year (The first of its kind for the superhero genre and a rarity for big action blockbusters in general). The first two “Bourne” films received no Academy love, although “The Bourne Supremacy” received a few guild mentions. Then, “The Bourne Ultimatum” came along and defeated Best Picture Winner, “No Country For Old Men” to win Best Film Editing, Best Sound Mixing, and Best Sound Editing. The “Terminator,” “Austin Powers,” and “Hellboy” franchises all missed nominations on their first go-arounds, only to get Oscar attention for their sequels. And although earlier James Bond films had been nominated sporadically, the franchise went 31 years between a nomination for “For Your Eyes Only” and the next nomination (And two wins) for “Skyfall.”

Which is to say, just because The Academy ignored “Mission: Impossible” in 1996, doesn’t mean they will in 2018. Academy voters, especially those in the sound branch, listen up…This is a franchise that is long overdue for an Oscar nomination, with sound design by a slew of technicians who are long overdue for some Oscar love.

So what do you all think? Do you have “Mission: Impossible – Fallout” in any of your Oscar predictions at the moment? Check out our predictions here. Have you seen the film? What did you think? Let us know your thoughts in the comments section below.