Is The Path To Oscar Glory For “The Father” Through The BAFTAs? 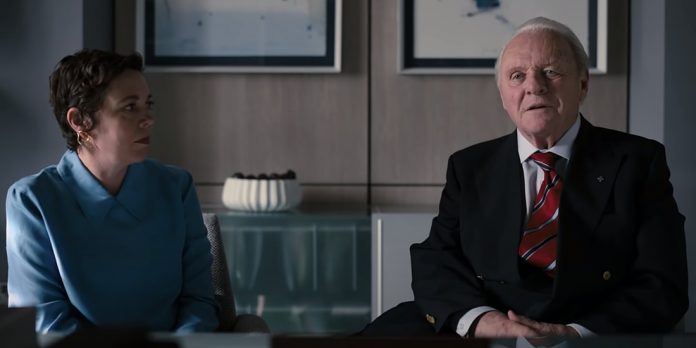 Florian Zeller’s “The Father” is proving to be one of the most exciting pieces in this year’s Oscar puzzle. Although the film premiered at Sundance nearly 15 months ago, the astute psychological drama starring Anthony Hopkins and Olivia Colman was only selectively screened throughout 2020 for some critics and festivalgoers, many of whom proclaimed that the film could be a major awards contender. But its distributor, Sony Pictures Classics, was aware that the film’s core audience (older moviegoers) might be among the last to feel comfortable in returning to cinemas, opted for one of the latest possible dates to qualify for Oscar voting, February 26, for the film’s premiere in theaters.

Though many film writers (including myself, I must confess) were skeptical of SPC’s award strategy, on nomination morning, their approach was validated when “The Father” earned six Oscar nominations — Best Picture, Actor, Supporting Actress, Adapted Screenplay, Production Design, and Film Editing (Only “Mank,” with 10, earned more Oscar nominations). The editing and production design nominations were particularly telling for two reasons: one is that they indicated widespread support for the film among the guilds, and two, the voters saw through what could have been dismissed as the lead character’s simple apartment set, for example, and recognized that the changing design of his flat was almost as an important character as the people in the film.

Still, there are few, if any, Oscar prognosticators who are predicting “The Father,” despite its many strengths, as the front-runner in any of its categories. In Best Actor, for example, wherein another Oscar season, Anthony Hopkins’ towering performance might be a runaway favorite, is facing an equally impressive performance by Chadwick Boseman in “Ma Rainey’s Black Bottom.” And in the Adapted Screenplay race in which Zeller’s dazzling adaptation of his French play has received critical raves, it is competing against the script for the likely Best Picture winner “Nomadland.”

As the deadline for Oscar voting draws near (all ballots must be in by April 20), the window to change the race is beginning to close, with only a few significant award events left to shake things up. However, one of them is the British Academy of Film & Television Awards (the BAFTAs), which will be announced this coming weekend. Though this year’s BAFTAs, with its acting nominations decided by a small jury, has proven to be more interested in highlighting British talent and less of a barometer toward potential Oscar winners, “The Father” did manage to snag six BAFTA nominations, with only “Nomadland” and the British film “Rocks” landing more.

Presuming that the Chadwick Boseman sweep continues here, thus denying Hopkins a much-needed victory for Best Actor, the two most promising areas for “The Father” to prevail would likely be in Best British Film and Best Adapted Screenplay.

Recent voting patterns reveal that the Best British Film winner is almost always an Oscar nominee for Best Picture. The only recent exception was in 2017 when none of the Best Picture nominees were nominated and the British Film award went to “I, Daniel Blake.” Other than “The Father,” the only Best Picture candidate among the 10 BAFTA nominees is “Promising Young Woman” (Yes, despite the story’s location, it is considered to be a British film). As deserving a choice as the Emerald Fennell film might be, “The Father,” despite the play’s French origins, feels more British in the hands of Hopkins and Colman. Suppose the “the more British, the better” mindset that was so prevalent in the juried acting nominees holds here. In that case, that could be enough for “The Father” to win not only for Best British Film but perhaps the coveted Best Film as well, a double win that “1917” managed to achieve last year.

Similarly, the BAFTA for Best Adapted Screenplay has recently gone solely to Oscar nominees in the adapted category, with four BAFTA winners (“Jojo Rabbit,” “BlacKkKlansman,” “Call Me By Your Name” and “The Big Short“) moving from capturing the BAFTA to winning the Oscar. This year, three Adapted Screenplay nominees for the Oscar are nominated here — “The White Tiger,” “Nomadland,” and “The Father” — though it looks to be a showdown between the two Best Picture nominees for the BAFTA. Indeed, “Nomadland” is the front-runner for Best Film, but among writers I know, there is a school of critical thought that considers “Nomadland” more of a directorial achievement. In contrast, the strength of “The Father” is on the page.

There are less than three weeks to go until Oscar night, but if “The Father” can manage to win any BAFTA Awards this weekend, this unpredictable Oscar season could still have one more major jolt ahead of us. It’s all up to the BAFTAs.

Do you think “The Father” will win any BAFTAs this weekend? If so, do you think any will translate into an Oscar win? Let us know what you think in the comments section below or on our Twitter account and be sure to check out our BAFTA predictions here.