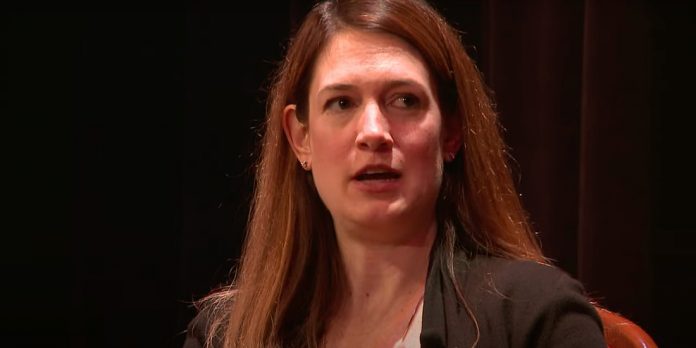 The year is 2014. It’s the year that Ellen DeGeneres broke the internet with a selfie at the Oscars, the Ebola epidemic became a global health crisis, “Kimye” were betrothed, and Sony became victim to, quite literally, a hack attack. While the aforementioned moments of history all have their own repercussions – Kanye’s career has gone missing ever since that fateful wedding day – by far the most far-reaching and timely memory from 2014 was the November release of “Gone Girl,” a thrilling masterpiece penned by novelist and screenwriter, Gillian Flynn.

​​The film, based on the book of the same name, rattled audiences, but not for the reasons you might think. Sure, it was a psychological ride that stayed top of mind for both critics and the general public for months following, but more than that, it presented the world of film with a female character that didn’t rely in some way on her male counterpart. Indeed, by the end of “Gone Girl,” quite the opposite was implied. That isn’t to say that Rosamund Pike’s Amy was your average protagonist – even calling her an anti-hero would be a stretch. It stoked conversations about the complexity and, dare I say it, completeness of her character. Her flaws and vices were celebrated throughout the film, not directly, but the entire structure of “Gone Girl” was rooted in the idea that Amy knew exactly what she did – and did not – have to offer the world and how she used that knowledge to her advantage. It was an ingenious form of storytelling that left Hollywood reeling. A story that both accepts and exploits societal norms for women – that beauty will distract from cruelty, that unchecked emotions lead to volatile consequences, and more importantly, that once a woman stops projecting the traits that society wants from her, she’s now deemed… wait for it… “crazy.”

Gillian Flynn, who penned her first novel “Sharp Objects” in 2006 (which became the hit HBO miniseries starring Amy Adams in 2018), wrote unapologetically. She envisioned female characters who were both just plain nasty ladies and also the story’s centerfold. Whereas villainous female characters before Flynn usually were demolished and defeated by the story’s end, Flynn wrote female leads who outwitted and outmatched their equally not-as-perfect male counterparts. Her stories are compelling, delectable, and enveloping — and they transfer even better to the big screen.

In an interview with The Guardian, Flynn once proclaimed that the goal behind “Gone Girl” was to “make spouses look askance at each other.” She not only achieved that but ultimately had us all looking askance at each other. And so it continued. The years following the release of “Gone Girl” felt a subtle but swift change in the female narrative displayed in films. No longer is the female role either innately nurturing, a damsel in distress, or the wicked witch of the west. There became variables in this skew of goodness. In 2015, there was Charlize Theron’s one-armed Furiosa and the entire squad of female badasses in “Mad Max: Fury Road” along with the Cate Blanchett and Rooney Mara helmed “Carol” – a haunting romantic spellbinder about two not-quite star-crossed lovers. Other strong examples of females owning a screen’s real estate in 2015? Saoirse Ronan’s “Brooklyn” and Brie Larson’s “Room.”

​Moving into 2016, we were gifted with Amy Adams defiance in “Arrival,” Emma Stone’s choice to choose dreams over love in “La La Land,” Natalie Portman’s stoic nature in “Jackie” and of course, “Moana.” 2017 brought us Greta Gerwig’s “Lady Bird,” the controversially delicious “Three Billboards Outside Ebbing, Missouri” and Frances McDormand as the swashbuckling and vaporous Mildred Hayes. We also witnessed Patty Jenkin’s “Wonder Woman” smash box office projections and watched as both Margot Robbie and Jessica Chastain took on the patriarchy in  “I, Tonya” and “Molly’s Game,” respectively.

Then came last year, which included divisive and intricate females in films like “The Favourite,” “Can You Ever Forgive Me?,” and “Widows,” which also happened to be Gillian Flynn’s return to the big screen as co-writer. The women in these films were not inherently nice ladies or even good people, yet their respective films revolved around their vices and their story. They are succulent tales of women clenching onto their own form of power, and no, not in a sanctimonious way. For all the change Gillian Flynn seems to have produced in the last five years, she’s not done inspiring yet – already in 2019 we’ve seen Lupita Nyong’o rip herself inside out in Jordan Peele’s “Us” and Brie Larson reject the hyper-masculine notion of what a female superhero should be in “Captain Marvel.”

Flynn’s desire to portray the female as rancid, manipulative, and imperfect has been called misogynistic in nature and “hindering the feminist movement.” However; it’s had the opposite effect – by opening the doors to authentic character development, Flynn has paved the way for creators to take chances on daring, disgusting, and just-plain-fun lead roles for women. Gillian Flynn is changing the female landscape of film in Hollywood, and I am absolutely here for it.