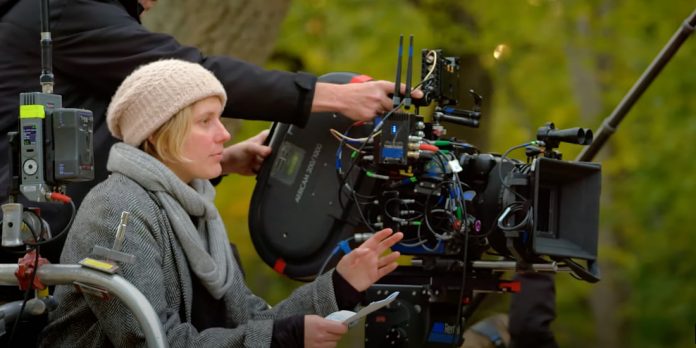 On the morning of the Golden Globe nominations announcement, I excitedly checked my phone to see all the nominees. There were some highlights like Roman Griffin Davis securing an acting nomination and “Knives Out” getting recognition! Of course, not all of my favorite movies and actors made it into the major categories, but that happens every year. It was one category in particular that stuck out to me drastically: Best Director. There were a few men that I assumed would (and should) get in the category like Martin Scorsese for “The Irishman,” Quentin Tarantino for “Once Upon A Time… In Hollywood,” and Noah Baumbach for “Marriage Story” (who somehow got snubbed.) I admire these filmmakers and their precise craftsmanship. I was convinced that either Greta Gerwig, Lulu Wang, or Lorene Scafaria could secure their Best Director nomination for “Little Women,” “The Farewell,” or “Hustlers.” Surely, a woman could take up one slot out of the five, right? Wrong.

​I scrolled through the list and saw the results:

Five directors. Not one female filmmaker. How come, Chief Willoughby?

I don’t write this today to discredit or insult the directors nominated. I’ve watched their films (some of them multiple times) and found them to be impressively directed! I write this because there’s a much larger issue at play. I’ve been following awards season for years, and the lack of female director nominations has become a common trend. I’ve grown so accustomed to female directors being absent from Best Director that it rarely comes as a surprise. It’s just a common occurrence. Men dominate the category while women try to be recognized for their hard work. You all may recall the scene in 2018 when Natalie Portman presented the award for Best Director and said, “And here are the all-male nominees.” I wonder what Natalie would have to say today. Two award seasons later and nothing has changed.

​In the history of the Golden Globes, five women have been nominated for Best Director. Those women are Barbra Streisand (“Yentl,” The Prince of Tides”), Jane Campion (“The Piano”), Sofia Coppola (“Lost in Translation”), Ava Duvernay (“Selma”), and Kathryn Bigelow (“The Hurt Locker,” “Zero Dark Thirty”). As you can see, Barbra Streisand and Kathryn Bigelow found their way on the list a couple different times, which brings the grand total up to seven female director nominations in a 77-year history. The only female winner of the award is Barbra Streisand for “Yentl.” For reference, there have been 351 male director nominees in the 77-year history.

I say this with each passing awards season, but this year felt like it would be different, right? The amount of content released by female filmmakers seems to be at an all-time high. Marielle Heller (“A Beautiful Day in the Neighborhood”), Lorene Scafaria (“Hustlers”), Greta Gerwig (“Little Women”), Lulu Wang (“The Farewell”), Alma Har’el (“Honey Boy”), Melina Matsoukas (“Queen & Slim“), all put their heart and soul into fantastic films this year. Some of these are even in the Best Picture conversation. None of these would be a “pity vote” as many trolls on the internet proclaim. These are all highly acclaimed films which many of these trolls will have on their own year end list representing the best films of 2019, so why couldn’t a single one of the female directors who made those films be recognized for a Best Director nomination yesterday? Better yet, why must we hope for just that one slot in the Best Director category? Imagine if more than one female filmmaker was recognized! How incredible would that be?

This year could still be different. The Golden Globes are not the end of the road for the Best Director category. Greta Gerwig was just nominated for a Critics’ Choice Award for Best Director. With the Directors Guild, BAFTA, and Oscars quickly approaching, anything could happen. Maybe it’s my blind optimism talking, but I wouldn’t count out any of these talented filmmakers as awards season continues. I sincerely hope the remainder of the season will set a different path than the Globes did today. While there are some flat-out fantastic films by male directors this year, there are plenty by female filmmakers as well. It would be so wonderful if they could get the respect and recognition that they rightfully deserve.

Of all the choices I provided, who do you think deserved a spot on the Golden Globe’s list for Best Director? Do you think any of them still have a chance at breaking into the Oscar lineup? Let us know your thoughts in the comments section below or on our Twitter account.