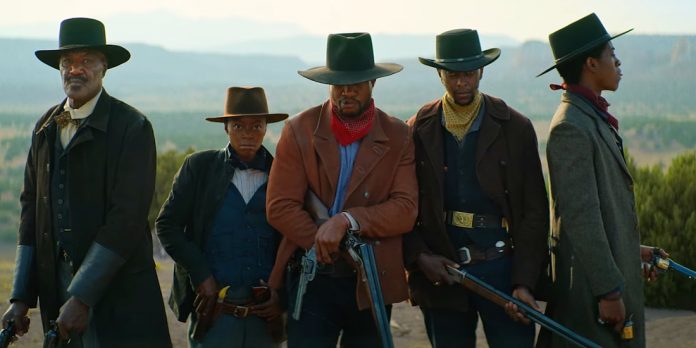 By Matt Neglia
​
Netflix always has numerous movies competing for awards each year. Still, there is one film in particular that has been steadily gaining momentum, praise, and buzz, and that’s Jeymes Samuel’s electrifying feature directorial debut, “The Harder They Fall..” The all-Black revisionist western recently received a record-breaking 20 nominations from the Black Reel Awards, a Critics Choice nomination for Best Ensemble, and won the National Board Of Review for Best Ensemble. With such prizes already under its belt, one must believe a SAG Ensemble nomination is definitely in the cards. And what a cast to highlight with names that include Jonathan Majors, Idris Elba, Zazie Beetz, Regina King, Delroy Lindo, and Lakeith Stanfield.

​Click below for an exclusive behind-the-scenes featurette with the cast for “The Harder They Fall.”

Have you seen “The Harder They Fall” yet? If so, what did you think? Do you believe it will receive a SAG Ensemble nomination? Let us know your thoughts in the comments section below or on our Twitter account.