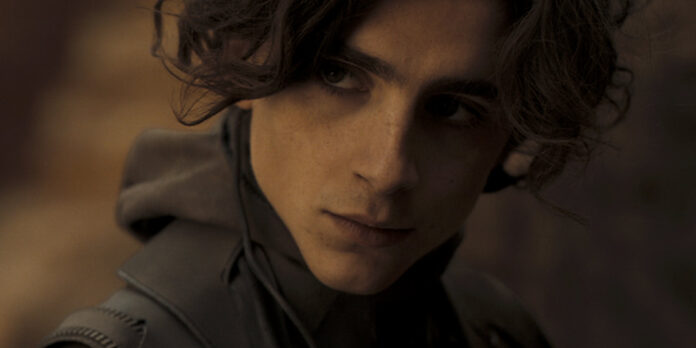 THE STORY – A mythic and emotionally charged hero’s journey, Dune tells the story of Paul Atreides, a brilliant and gifted young man born into a great destiny beyond his understanding, who must travel to the most dangerous planet in the universe to ensure the future of his family and his people. As malevolent forces explode into conflict over the planet’s exclusive supply of the most precious resource in existence—a commodity capable of unlocking humanity’s greatest potential—only those who can conquer their fear will survive.
​
THE CAST – Timothée Chalamet, Rebecca Ferguson, Oscar Isaac, Josh Brolin, Stellan Skarsgård, Dave Bautista, Sharon Duncan Brewster, Stephen McKinley Henderson, Zendaya, Chang Chen, David Dastmalchian, Charlotte Rampling, Jason Momoa & Javier Bardem​

​Hype is the mind-killer. Denis Villeneuve’s adaptation of Frank Herbert’s genre-defining science fiction novel has arrived after much anticipation, both optimistic and pessimistic. Before seeing the film, I straddled the line of those two camps. I didn’t enjoy the novel when I read it last year in preparation for its original November 2020 release date. Still, I also value ambition from filmmakers above nearly all other directorial qualities. To my surprise and delight, like a sandworm rising out of the desert landscape, “Dune” snuck up on me until I was firmly and happily in its grips before I even fully realized it.

One of the story’s many hallmarks is its elaborate fictional world. The novel’s unabashedly fantastical world-building is faithfully emulated in the film. We follow Paul Atreides (Timothée Chalamet), the heir apparent of the powerful House Atreides. His mother, Lady Jessica (Rebecca Ferguson), has trained him in the ways of the mystical group, the Bene Gesserit, and his father, Duke Leto Atreides (Oscar Isaac), has made sure that he’s equally prepared for physical combat. The all-powerful Emperor decrees that House Atreides shall take over as rulers of the desert planet Arrakis, home to “spice,” the universe’s most valuable product. As the family moves onto the hostile new world, political complications arise, and Paul must face his destiny head-on – even if it is still a mystery to him.

And that is the shortest possible description of “Dune” that I could come up with. There is enough complicated history, power dynamics, extraterrestrial abilities, locations, and other world-building details to fill several file cabinets, let alone a Hollywood script. It is therefore beyond impressive that this adaptation manages to keep the narrative focused and coherent. Like so many science fiction films, seemingly every other line of dialogue involves at least one made-up word. And while many films can confuse the audience with such hastily tossed-off otherworldly descriptors, “Dune” never loses its viewers. It establishes every aspect of its complex world firmly and assuredly. If one weren’t paying complete attention, it would still be possible to get lost in the twisting narrative, but the film is compelling enough to securely hold its viewers. It also, happily, manages to avoid the knowing cynicism that Marvel has made a trend amongst modern blockbusters. Those films tend to undercut their own power to make the audience feel okay about liking decidedly dorky material by cranking up the self-awareness in a way that only comes across as increasingly disingenuous. “Dune” is delightfully imaginary and knows it. This is deep, unyielding science fiction that trusts in its audience’s intelligence and maturity. And yet, even in its self-seriousness, it’s never dour or too heavy. It strikes the perfect tone between dense and entertaining. It throws a lot at its viewers, but it rewards patience and attentiveness with its well-structured screenplay.

But even if you just took the film in as a visual experience, you’d still be impressed. The beautiful and varied costumes do a lot of heavy lifting in terms of making characters, tribes, and clans distinguishable. The soldiers’ armor looks resourceful yet stylish, and many of the more decorative outfits are pleasingly ornate. Just to highlight one costume as an example, Charlotte Rampling’s Bene Gesserit Reverend Mother looks like a glamorous chess piece in mourning. I can’t undersell how satisfying it is to repeatedly watch long, flowing garments whip around in the desert wind. The production design uses an intelligent mix of real-world locations and CGI environments, rather than just relying on green and blue screens to transport the characters to alien worlds. In this sense, it recalls the look and feels of fantasy worlds that have aged the best, like those in the “Lord of the Rings” series and “Game of Thrones.” And the visual effects overall are both well rendered and impressively composited, which is essential in selling such a vast fictional world. They’re particularly adept at portraying the different scales of imaginary objects and creatures, both big and small.

The cast list is also so impressive. It is hard to imagine that any potential casting choices came before those with which they landed. Nobody misses. Chalamet is an assured lead – he’s headstrong in a way that’s true to his boyish character while never coming across as arrogant or annoying. Ferguson was my personal favorite of all the performances, acting as a constant source of assurance and stability for both her fictional son and the real-life audience. Rampling is pure terror incarnate in her minimal screen time – I wish we saw more of her captivating work. And Jason Momoa is a delight as one of Paul’s combat mentors. He brings a welcome light energy to the film while never distracting or undermining the tone.

“Dune” effectively won me over and brought clarity to a story I previously only found confounding. Villeneuve adds his usual brains and soul to yet another epic blockbuster property and, once again, he’s secured victory. But it is we, the audience, who gets to reap the rewards of his hard work.