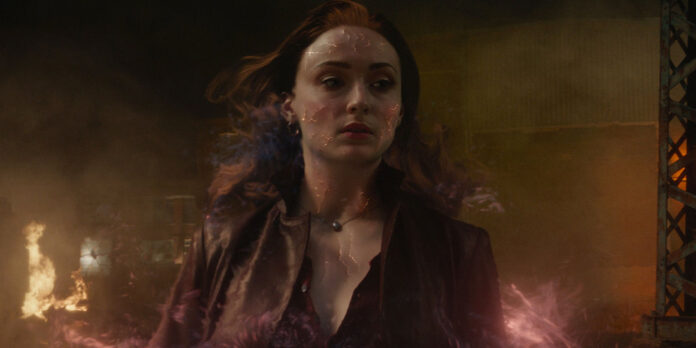 THE STORY – This is the story of one of the X-Men’s most beloved characters, Jean Grey, as she evolves into the iconic DARK PHOENIX. During a life-threatening rescue mission in space, Jean is hit by a cosmic force that transforms her into one of the most powerful mutants of all. Wrestling with this increasingly unstable power as well as her own personal demons, Jean spirals out of control, tearing the X-Men family apart and threatening to destroy the very fabric of our planet. The film is the most intense and emotional X-Men movie ever made. It is the culmination of 20 years of X-Men movies, as the family of mutants that we’ve come to know and love must face their most devastating enemy yet — one of their own.
​
THE CAST – James McAvoy, Michael Fassbender, Jennifer Lawrence, Nicholas Hoult, Sophie Turner, Tye Sheridan, Alexandra Shipp & Jessica Chastain

​​​​The reigns have officially been passed over from Fox to Disney/Marvel. Other than “The New Mutants,” there will be no more “X-Men” films under the Fox banner. They had a great run, bringing characters we loved in the comic books to life on the big screen with iconic performances from Hugh Jackman, Ian McKellen, and Patrick Stewart to name a few in “X-Men,” “X2: X-Men United” and “Logan.” But that was not all. We also got a prequel/reboot with a younger cast (“X-Men: First Class”) and even a crossover film between both generations (“X-Men: Days Of Future Past”). Then came “X-Men: Apocalypse” and it became abundantly clear that the franchise was running out of new ideas and the actors were growing bored of their characters. In comes Simon Kinberg (writer of “X-Men: The Last Stand,” “X-Men: Days of Future Past” & “X-Men: Apocalypse”), making his directorial debut with “Dark Phoenix,” promising to make good on the failure that was “X-Men: The Last Stand” (which was the last film to address the Jean Grey/Phoenix storyline) and hoping to send this generation of “X-Men” films out on a high note. Does he succeed?

Taking place in the 1990s, “Dark Phoenix” follows the X-Men, who are now at peace with the humans through their heroic efforts and Professor Xavier’s (James McAvoy) relationship with the President of the United States. On a mission to space to rescue a ship that has encountered some trouble, Jean Grey (Sophie Turner) comes into contact with an unusual and powerful force that awakens her darkest impulses and transforms her into something that she is not. Being hunted by an unknown woman (Jessica Chastain), running from her family and seeking answers on who she is and what is happening to her, Jean goes down a dark path which will push the X-Men to their emotional limit.

The “X-Men” franchise’s greatest strength has always been its characters, and when played by the right actors, they can really elevate the film above its other faults. Sadly, in this final entry, only two actors were able to make a lasting impression on me due to their performances. James McAvoy exudes warmth, wisdom and an undying sense of hope for his family, even as they all start to turn on him due to his consumption with a unified peace between mutants and humans. His dream of that lasting peace and the price that needs to be paid in order to maintain it is one of the film’s stronger themes, and McAvoy embodies the weight of that very well. It’s just a shame that the film’s scattered writing and pacing does not bring the theme home for us, where it can really resonate and make a lasting impact. The other outstanding performer is Sophie Turner playing the film’s titular role. In “X-Men: Apocalypse” I struggled with Turner’s first attempt at playing the difficult part that is Jean Grey. However, this time around, I felt her pain, her confusion, and rage. She owns the movie and if there’s any success for “Dark Phoenix,” a large chunk of it should be owed to her. Sadly, all the other characters we’ve come to love over the years are either phoning it in (I don’t think Jennifer Lawrence has ever been this lifeless in a performance), are not given enough to do (Michael Fassbender doesn’t show up until half-way through the movie) or don’t have anything resembling a character arc at all and are merely here to lend the film some dazzling special effects due to their mutant powers.

It’s all very strange because “Dark Phoenix” does not add as many new mutants as the previous films did before, which brought upon similar issues in terms of balancing the story and characterization. Jessica Chastain is the only notable addition to the cast for “Dark Phoenix” but her role is a mystery throughout, with uninspired motivations and no characterization, making her a plot device to Jean rather than a memorable character for a film that is already filled with so many to begin with.

“Dark Phoenix’s” story is more self-contained and personal with some painful repercussions for our heroes due to the lack of new characters to share the sotry with. It’s also benfitting from working off of the emotional buildup from the previous films. However, that is a risky gamble that Kinberg makes and it ultimately does not fully work, mostly because “X-Men: Apocalypse” zapped whatever interest most fans had in the franchise out of them. There are a few emotional beats which on paper, should be making us cry or fear for the safety of these characters. So why do we not care at all? As much as I commend Simon Kinberg for delivering a better version of the Dark Phoenix/Jean Grey storyline this time around compared to “X-Men: The Last Stand,” I think it’s his directing that is to blame for why certain moments don’t land the way that they should. The screenplay has a few awkward lines but they come across much worse to the viewer because of how they are being delivered by the actors. And once again, everything is hindered by how quick the pacing is. Kinberg was in the tough spot with having to followup “X-Men: Apocalypse” and it was a hopeless position to be in. Sadly, I don’t think that even with the film’s positive attributes, it rises above to become anything special or matching the highs in the franchise.

Does “Dark Phoenix” get anything right? The visual effects are quite dazzling at times at least. Whenever Kurt teleports, Quicksilver makes a speedy dash or Jean uses her powers, Kinberg directs the action with clarity and conviction. There is a car crash in the first opening minutes of the movie that is well done both for its visual component and for the sound it generates due to it being shot in slow-motion. Composer Hans Zimmer provides what can only be described as the most unique and possibly best score the franchise has ever heard. His work evokes more feeling from the story than some of the actors are even able to do themselves. Because of his presence and the Christopher Nolan inspired ending (which I won’t reveal here but you’ll recognize it when you see it), let’s just say they should’ve retitled this film “The Dark Phoenix Rises.” Kinberg tries to provide a satisfying emotional closure for the X-Men franchise but there’s far too much damage that’s been done and when we get to the final climatic scene, this franchise reminds viewers of how great it once was and how far it has fallen. Overall, “Dark Phoenix” may not be the worst film in the franchise but seeing as how this is the last for Fox and this cast, it may be the most disappointing. Time to see how the Mouse House and Kevin Feige evolve the property from here.