Creative Control: Was “Zack Snyder’s Justice League” Worth The Wait? 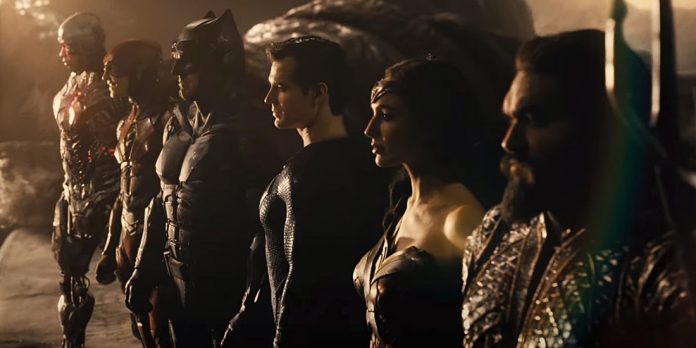 ​Filmmakers have always struggled to get their creative vision past Hollywood boardrooms. Charlie Chaplin was so dismayed with the original release of “The Gold Rush” (1925) that he decided to re-score and re-release the comedy in 1942. The same year, Orson Welles had his sophomore film cut to shreds, reshot, and dumped in theaters by RKO Pictures. These struggles have occurred regularly throughout the decades, but they’ve seemingly reached their zenith within the superhero genre.

Marvel and DC have given people like James Gunn, Jon Watts, and Patty Jenkins enormous career boosts, but for every success story, there’s an instance of a filmmaker clashing with their bosses. Joss Whedon left the “The Avengers” franchise after one too many studio notes, David Ayer claimed, “Suicide Squad” was ripped apart in the editing room, and Edgar Wright ditched “Ant-Man” before shooting even began, citing Marvel’s reluctance to make a full-blown “Edgar Wright” movie. It’s obvious that superhero movies, with their enormous budgets and blockbuster appeal, are considered too valuable a commodity to place in the hands of a lone visionary.

This cautious approach is what makes “Zack Snyder’s Justice League” such an anomaly. It’s a Hollywood miracle by sheer virtue of its existence. It’s a rebuke to every studio note and test-audience suggestion that’s been given out over the past two decades. It’s the resurrection of a film that underperformed at the box office (four years ago) and the second rollout for a sequel to some of the most polarizing superhero films of all time. Beyond these bizarre footnotes, however, “Zack Snyder’s Justice League” is an unparalleled case of a comic book studio handing total control over to its filmmaker. The lone visionary has finally been given keys to the castle, and regardless of how one feels about Snyder’s work, it’s a liberating precedent for the genre. 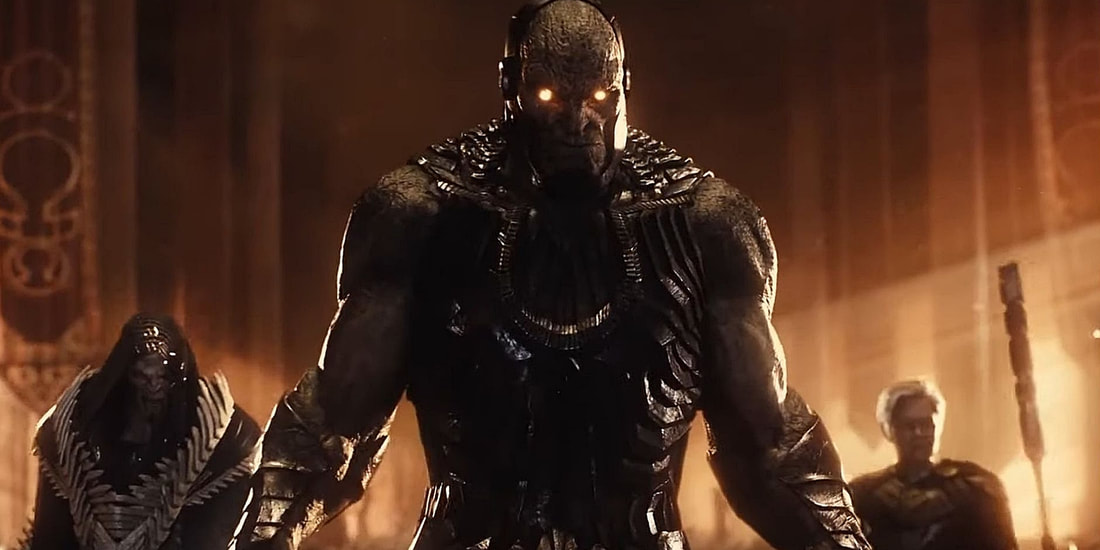 “Zack Snyder’s Justice League” makes some obvious improvements to the 2017 theatrical cut (which was reworked by director Joss Whedon in Snyder’s absence). The tonally mismatched dialogue by Whedon has been largely scrubbed out, and some of the more disjointed opening scenes involving Batman and Superman have been excised as well. The film has stronger thematic consistency, and many of the characters who were sidelined in the 2017 cut have been beefed up with their own subplots.

Snyder is an undeniably gifted stylist, as evidenced by the chiseled pulpiness of “300” (2007) and the poetic brutality of “Watchmen” (2009), and he puts these talents to good use in elaborate set pieces involving Thymisrian warriors, Atlantian fleets, and the titular band of superheroes. Scenes that were teased in the original theatrical trailer have been restored to memorable effect, such as the origin story of Cyborg (Ray Fisher) or the sequence where Flash (Ezra Miller) runs through a plate glass window.

Sadly, the improvements stop there. Those expecting the film to supersede the flaws of Snyder’s previous DC outings, “Man of Steel” (2013) and “Batman v Superman: Dawn of Justice” (2015), will be sorely disappointed. Despite running at a staggering four hours, “Zack Snyder’s Justice League” still falls victim to rushed storytelling, unclear motivations, and painfully bland characters.

The film is broken up into six chapters, with subtitles ranging from “Don’t Count on It, Batman” to “Change Machine.” The decision to structure the film this way is baffling, seeing as these title cards do nothing to establish concentrated themes for each chapter. It feels as though Snyder picked six timestamps at random and titled them after lines of dialogue that sounded meaningful. The use of title cards in a film can be effective, much like narration, but its application here feels less like an attempt to heighten the story’s strengths and more like an attempt to convince us of strengths that are nonexistent.

The story is largely identical to the theatrical cut. Batman (Ben Affleck), Wonder Woman (Gal Gadot), and the rest of the Justice League must unite to stop the evil Steppenwolf from taking over the world. It’s boilerplate superhero stuff, and while it was enough to sustain a light two hours, the inflated runtime slows the plot’s progression to a snail’s pace. Instead of strengthening the bonds between heroes or providing the laughably generic Steppenwolf with some depth, Snyder and his co-writers decide to bring in more characters and more subplots that barely scratch the surface.

The quality of “Zack Snyder’s Justice League” was never dependent on the supporting cast. Still, given the emphasis the film puts on characters like Iris West (Kiersey Clemons), Commissioner Gordon (J.K. Simmons), and Lex Luthor (Jesse Eisenberg), you’d be forgiven for thinking they’d amount to more than a glorified cameo. None of these characters lend anything to the plot, despite the pedigree of the actors playing them and their iconography within the comic books. Lois Lane (Amy Adams) has even less to do here than she did in the previous DCEU films, which is saying a hell of a lot.

The addition of Darkseid and Martian Manhunter are some of the sloppiest instances of shoehorning that I’ve ever had the misfortune of seeing. The former was touted as DC’s answer to Thanos, but his screen time is so limited and his few seconds of battle are so underwhelming that he winds up feeling less threatening than his subordinate, Steppenwolf. Martian Manhunter’s introduction is so obviously a retcon of a pre-existing character that it feels as though Snyder concocted the idea after scouring conspiracy threads on Reddit. Both characters appear early on, suggesting they could play major roles in the film’s climax. The fact that neither appears until the end of the film affirms the feeling that they were merely included to entice hardcore DC fans. The transparency of these particular choices borders on condescension.

This surface-level approach carries over to the main cast. Cyborg is given the biggest boost in terms of screen time and character motivation, but Fisher is so rigid in the part that his transformation barely registers. The Flash and Aquaman (Jason Momoa) are given a bit more to do than in the theatrical cut, even if their characters barely change by the finale. Wonder Woman and Batman are the most egregious casualties here. Despite being pegged as the de facto leaders of the group and having some fun investigation scenes early on, both characters feel like afterthoughts in a sea of unsatisfying subplots. I’d go as far as to say that the theatrical cut did a better job of streamlining Batman and Wonder Women while still making them feel vital to the operation.

I point to the film’s epilogue (titled: “Epilogue”) as a rebuttal for those who feel I’m being too critical. Snyder takes us back to the post-apocalyptic landscape that was first teased in “Batman v Superman” and gives us a glimpse at a timeline in which Superman (Henry Cavill) has gone rogue. Batman is heading up a team of surviving heroes, and the direness of the situation has forced a temporary truce with his nemesis, the Joker (Jared Leto). The lack of exposition, the startling shift in time, and the embittered exchange between Batman and Joker are so invigorating that the film briefly finds a spark of invention. The predictability that had sagged down the rest of the film had dissipated for something that felt strange and idiosyncratic. It’s a film I’d much rather watch, and given how often Snyder returns to this post-apocalyptic vision, I assume it’s a film he’d like to make.

Alas, the scene was merely a nightmare, and the film tidies up with a bland exchange between Batman and Martian Manhunter. It feels like an attempt at sequel bait, but the preceding four hours found so little interest in the DCEU that it registers as wishful thinking. Batman, groggy and somewhat befuddled by the sight of an alien he’s never seen, shrugs it off and goes back to bed. How am I expected to feign excitement when even the characters are unimpressed? 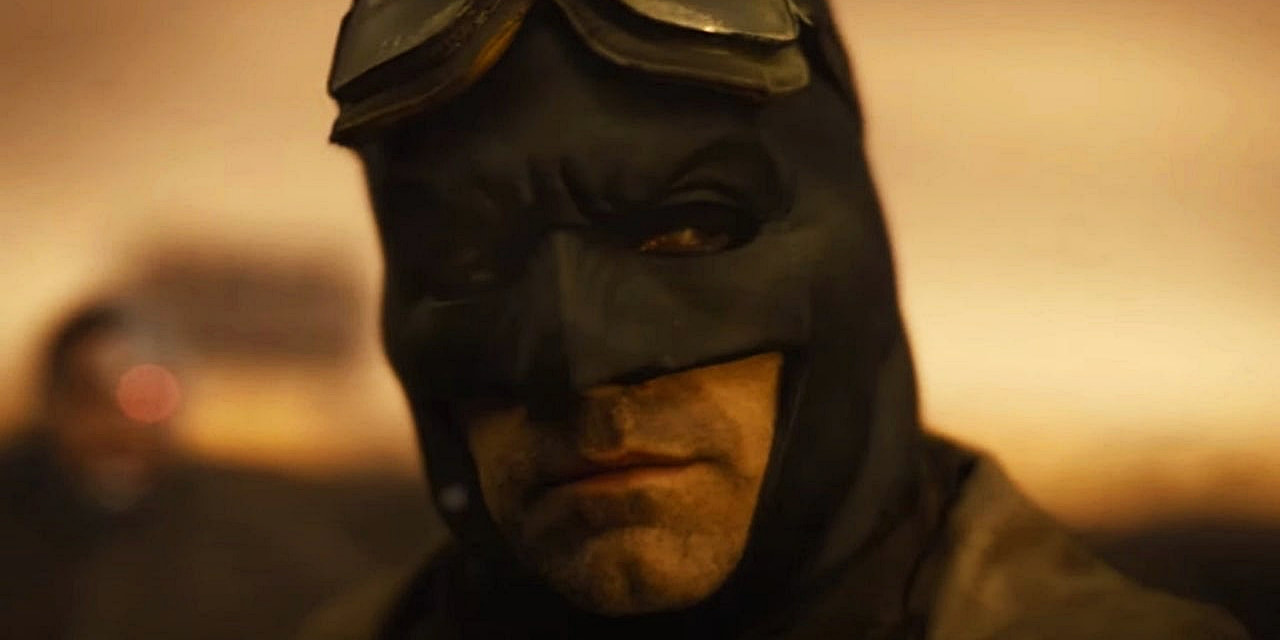 I wish Snyder had taken the extra time and the extra $70 million (on top of the original $300 million budget) to flesh out the plot points and the motivations that mattered. There was so much additional filler, yet there were no additional moments between Batman and Superman (Henry Cavill), which is posed as the film’s core relationship. Even though Superman’s death inspired Batman to form the Justice League, they barely speak, and then suddenly they’re palling around at Martha Kent’s farm. Snyder wants the emotional weight of the MCU’s Cap/Iron Man dynamic but he doesn’t bother to put the work in. A bigger budget can only do so much when you spend time fixing the wrong things.

Seeing as I started this piece talking about Hollywood’s past, I’d like to bring things full circle and compare “Zack Snyder’s Justice League” to another famous release, “Heaven’s Gate” (1980). Both films were wildly expensive and saw their studios grant total control to their filmmakers, Snyder and Michael Cimino, respectively. Both films are admirably ambitious, but they ultimately fall short of greatness because their filmmakers become too precious with the material and lose objectivity.

“Zack Snyder’s Justice League,” like “Heaven’s Gate,” has its aesthetic virtues and will surely develop a cult following in the years to come. Still, both films showcase what happens when a filmmaker is given the final cut and falls prey to their own pomposity. I hope that whatever film Snyder embarks on next, he scales down and takes a more collaborative approach. As the old adage goes: sometimes less is more.

What do you think of Zack Snyder’s other films in the DCEU? How do you feel about the release of the “Snyder Cut?” Will you be watching it this week on HBO Max? Let us know in the comments section below or on our Twitter account.