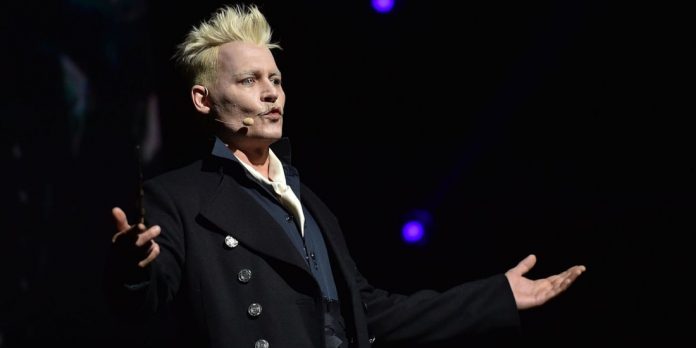 I previously told everyone about my first hand account from this year’s San Diego Comic-Con here. Now, I am going to get you all caught up on the other interesting bits of information, trailers and pieces of entertainment which were dropped last week. This year’s Comic-Con felt a little underwhelming compared to past years, with the elephant in the room being the absence of big-hitting panels from Marvel, HBO, Netflix, and LucasFilm; however, this did allow for studio competitors Warner Bros. and DC to take center stage, and they did not disappoint.

A ton of highly anticipated trailers debuted during the con, including DC’s “Aquaman,” which features Jason Momoa in the titular role, and from the looks of the trailer and from the information released during the panel, Aquaman is definitely not the most powerful creature under the sea (i.e. giant rideable sharks). He could be, however, the dawn of a new era for the DC Universe, whose pitiful attempt at a group hero film, 2017’s “Justice League,” nearly solidified an eternal second place trophy in comparison to its Marvel counterparts.

Along those happier lines is another DC/Warner Bros. trailer release, Director David Sandberg’s “Shazam!” to the surprise of Comic-Con attendees. Featuring a cast including Zachary Levi, Djimon Hounsou, and Mark Strong, the “Shazam!” trailer has a much more lighthearted and playful feel than other DCEU films in recent history.

Though only three weeks into shooting, even Patty Jenkin’s much anticipated sequel to “Wonder Woman,” titled “Wonder Woman 1984” made a Hall H appearance, joined by Gal Gadot and Chris Pine (Who Patty Jenkins refers to as the “water boy” since technically his character is dead). While a trailer was, understandably, out of the question, director Jenkins was able to premiere footage of Gadot’s Wonder Woman saving a man in a mall by throwing him into a giant teddy bear. It would appear that DC may have finally learned its lesson about incessantly brooding and depressing comics films – every upcoming DCEU release they have appears to be cheerful, frothy, and ready to have a good time.

Warner Bros. continued to shock audiences with its debut of the trailer for “Godzilla: King Of The Monsters,” a truly earth-shattering release directed by Michael Dougherty (Who is replacing “Godzilla” director Gareth Edwards for this sequel). With an all-star cast including “Stranger Things” Millie Bobbie Brown, along with Sarah Paulson and Vera Farmiga, Sally Hawkins, and Kyle Chandler, this epic monster-movie sequel is pegged to be a box office explosion in 2019. The action-packed trailer is set to Debussy’s Clair de Lune, for a truly eerie trailer-watching experience. While it can be easy to get lost in the capes-and-cadavers of superhero fanfare, “Godzilla: King Of The Monsters” definitely managed to prove itself King of Con.

Another exciting trailer release of the weekend was M. Night Shyamalan’s “Glass,” featuring the return of “Unbreakable”’s Bruce Willis as David Dunn, along with the decided villain in the series, the Beast (James McAvoy) from “Split,” and the trilogy’s newest addition, Mr. Glass (Samuel L. Jackson). Shyamalan is bringing his superhero trilogy to its head with “Glass,” as the three interlocking characters are thrust into a psych ward to “cure” them of the belief that they have special powers. In the midst of the modern comic book superhero movie, Shyamalan’s “Unbreakable” trilogy could just be the breath of fresh air we never knew we needed.

On the other side of the coin was the debut of a new “Fantastic Beasts: The Crimes Of Grindelwald” trailer, which was largely overshadowed by the surprise arrival of Johnny Depp, in character as Gellert Grindelwald, during the Warner Bros. panel. He was there to deliver a personal call to arms as the villain, which was very reminiscent of Tom Hiddleston’s Loki appearance several years back during the Marvel panel. Unlike the ever-popular Marvel films, though, this was likely a last-ditch attempt to create more buzz for the film’s sequel, considering how poorly the first performed both with critics and fans alike. However, the second edition to this new take on our beloved “Harry Potter” universe focuses on a young Dumbledore (Jude Law) and his rivalry with Grindelwald (Depp), and from the looks of the trailer, could be exactly the cure for what its predecessor lacked in charm and character development.

Another Comic-Con has come and gone, and with Thanos having ruined any bit of Marvel happiness to look forward to in the near future, perhaps the time for DC is finally upon us. Only time will tell. Thank you for reading through my experience at this year’s Comic-Con.

What was your favorite trailer from the 2018 Comic-Con? What are you most looking forward to? Let us know in the comments section below.