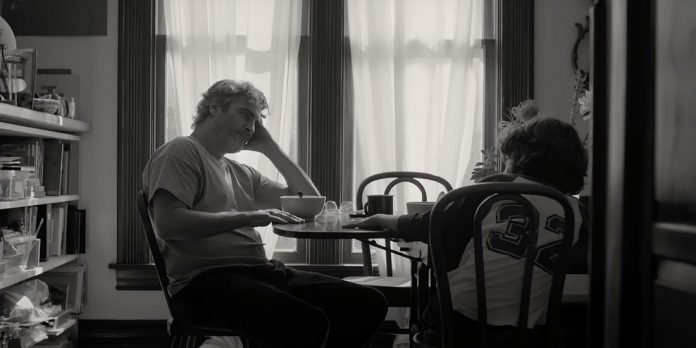 Since it was announced that this year’s Oscars would feature a set ten in Best Picture following years of the sliding-scale system, there has been much talk over what will round out the nominees. As the festival circuit has wound down and the final contenders are being seen, some films have disappointed or proven to be divisive and less than ideal choices. One film that could benefit from this and rise above is Mike Mills’ fourth feature film, “C’mon C’mon.” While the film was already highly anticipated, it did not seem at the offset to be A24’s biggest Oscar contender. However, following an impressive festival run, it is receiving universal acclaim and love, with some critics calling it their favorite film of the year. It’s benefitting from organic, passionate word of mouth from audiences who are also falling in love with it. And how could you not? It is a sweet and heartwarming film that is very easy to love and seems more likely to be a contender in filling out this year’s Best Picture lineup. Should A24 secure a nomination for it in Best Picture, then the question becomes: what other nominations could the film receive?​

It is unlikely that a film could receive just a Best Picture nomination in the modern era, so the easiest place to look for another nomination is Original Screenplay. Mike Mills’ previous film, “20th Century Women,” received its only nomination in this category in 2016, so it’s possible he can get a repeat nomination for his follow-up film. Obviously, there are a lot of contenders for Original Screenplay this year, and this is unlikely to win the big prize. However, the script utilizes a realistic, natural, and honest approach with a blend of humor and heart that could easily set it apart from other contenders while also potentially filling out the quintessential indie spot typically found in this category.

Another place where “C’mon C’mon” could show up on Oscar nomination morning is with its actors. This is Joaquin Phoenix’s follow-up to his Oscar-winning performance in “Joker” and could not be a more different type of performance from the versatile actor. In “C’mon C’mon,” he is gentle, funny, and perhaps the closest we as an audience have come to seeing his true authentic self onscreen. The uniqueness of this performance within his filmography could work to his benefit, and he may receive another Oscar nomination for it. If people were put off by or not a fan of his turn in “Joker,” this could come across as a fresh direction for the actor and a reminder of how much range he has. There’s little to dislike or take offense with the performance and the character. It is much less intense than that of his previously nominated performances like “The Master.” Obviously, Phoenix showing up in Best Actor is less likely than the film’s Original Screenplay chances as that category is quickly proving to be stacked with contenders. Still, he is certainly in the hunt for a post-win nomination similar to Leonardo DiCaprio in “Once Upon a Time in Hollywood” or Gary Oldman in “Mank” following their Best Actor wins.

Although he gets top billing, Joaquin Phoenix is not the only actor to appear in “C’mon C’mon.” Gaby Hoffmann delivers a tremendous supporting performance as Phoenix’s character’s sister and should be in the conversation for Best Supporting Actress. She was a well-known child actor in the 90s and has made a name for herself as an adult in independent films and television shows like “Transparent.” If the film is really well-liked by Academy voters, it would be a welcome surprise on nomination morning to hear her name get called out. It seems like the kind of performance critic’s groups and the Independent Spirit Awards would highlight, which can help to push her further in the conversation (she already has a Gotham nomination for Best Supporting Performance).

The Best Supporting Actor category is currently a mess with no clear consensus frontrunner or even top five to be found. Newcomer Woody Norman, who plays Johnny’s nephew, Jesse, could shake up that lineup and inject new blood into it. Unfortunately, child actors have the worst luck getting nominated at the Oscars, especially in recent years. Performers like Jacob Tremblay in “Room” or just last year with Helena Zengel in “News of the World” couldn’t cross that threshold. However, Norman could be a surprise nominee if voters are looking for a fantastic performance to nominate and are unsatisfied with the crop of more established (aka. they might carry some baggage with voters) contenders right now. He has a natural screen presence and wonderful chemistry with Phoenix and Hoffmann, including a flawless American accent (yes, he’s British!!). Whether he ultimately shows up at the Oscars or not, he will undoubtedly be taking home a slew of Young Performer awards from regional critic’s groups and probably the Critic’s Choice Awards.

Strangely enough, Best Picture seems to be the “C’mon C’mon’s” easiest nomination to obtain. The field of ten nominees, as opposed to five, obviously helps. It is a sweet and likable film that a large group can easily come to a consensus over. Nobody appears to hate it or be offended by it. It does get serious and emotional without ever getting too dark or hard to watch, and it conjures heartfelt feelings by the end that people can really connect with after the last couple of years. Despite having a high pedigree of people attached to it and being an A24 film, people are still coming away from it surprised at how good it was or how much they liked it. This good word-of-mouth buzz will be this film’s greatest asset as the season continues and more people see it.

No one is expecting “C’mon C’mon” to win any of these speculated nominations, become a frontrunner in the Best Picture race, or anything like that. However, Mike Mills has crafted yet another beloved film that could end up with anywhere from two to four nominations to its name. There’s even a world where Aaron and Bryce Dessner are recognized for their beautiful score, or Robbie Ryan is highlighted for his subtle but effective black-and-white cinematography. “C’mon C’mon” is a film that wholly benefits from other, more high-profile contenders disappointing or being divisive as the season carries on. With the final big contenders, “West Side Story” and “Nightmare Alley,” set to have their world premieres this week, “C’mon C’mon” could keep building its momentum under the radar and have a secretive but solid hold on voters’ hearts.

Have you seen “C’mon C’mon” yet? If so, what did you think and how many Oscar nominations do you think it will receive? Let us know your thoughts in the comments section down below or on our Twitter account.