Chadwick Boseman’s First And Only Chance For Oscar Glory 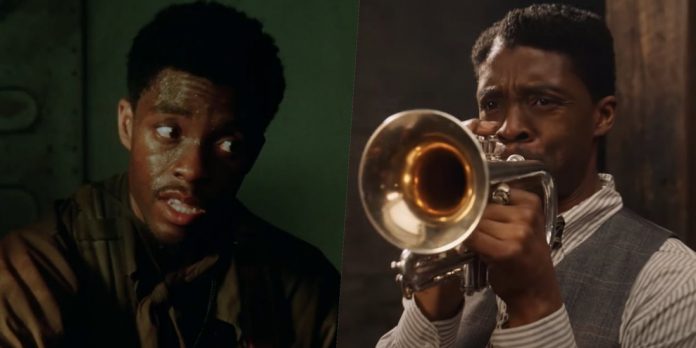 It was a shock to movie fans around the world when Chadwick Boseman passed away earlier in the year after a long fight with colon cancer at the age of 43. With his performances in “Da 5 Bloods” and the upcoming “Ma Rainey’s Black Bottom,” this should have been his coming out party as far as award races come. But now, it will be his first and only opportunity. If earning an Oscar nomination is difficult for the living, it’s even harder to do once you’ve passed away. Only eight performers in the Academy’s 92-year history have been able to earn a posthumous nomination and only two were able to win. Will Boseman be next?


Jeanne Eagels was the first and currently only woman to be nominated after passing away for Best Actress for her performance as a jealous woman who murdered her lover and stands trial in the film “The Letter” at the 1929/1930 Oscars. Although at the 2nd Academy Awards, nominees were not announced, the Academy retroactively awarded her with the nomination. Eagels sadly passed away in October of 1929 due to complications of alcohol and substance abuse problems which were at the time covered up by the Hollywood studio system.

Spencer Tracy a past two-time winner for “Captain Courageous” (1937) and “Boys Town” (1938) received his ninth and final Best Actor nomination for the comedy “Guess Who’s Coming to Dinner” in 1967. Tracy sadly did not live to see the film in theaters as he died 17 days after completing the film of a heart attack.

Peter Finch won Best Actor for his performance as aging news anchor Howard Beale in “Network” in 1976. Finch, passed away from a heart attack while promoting the film at the age of 60. He is the first performer to win an Oscar posthumously for a film that received a Best Picture nomination.

Ralph Richardson received what was considered a career Best Supporting Actor nomination after passing away from a series of strokes at the age of 80 for “Greystroke: The Legend of Tarzan, Lord of the Apes” in 1984. Richardson was considered one of the greatest theater actors of his generation (think today’s Mark Rylance). He has the distinction of not only being the first actor of his generation to be knighted by the Queen and the first to be nominated posthumously for Best Supporting Actor.

Massimo Troisi earned two nominations, Best Actor and Best Adapted Screenplay for “Il Postino” in 1995. Sadly, Troisi delayed necessary heart surgery in order to finish the film leading to his untimely death of a heart attack at the age of 41. Troisi made history as the first to receive multiple Oscar nominations in a single year posthumously. He currently is the only performer to receive a nomination after passing away for a performance in a foreign language and he’s the second on the list after Tracy, whose film also received a Best Picture nomination.

Heath Ledger made history as the first to win Best Supporting Actor posthumously for his iconic performance as the Joker in “The Dark Knight” in 2008. Ledger is the only actor currently to have been nominated for and win an Academy Award for appearing in a “Batman” film. Ledger, sadly passed away at age 28 due to drug complications.

Now, Boseman will try and do what so few have accomplished by being nominated for an Oscar posthumously. He’ll have the power and large pocketbook of Netflix as the streaming service will campaign Boseman in Supporting for “Da 5 Bloods” and Lead for ”Ma Rainey’s Black Bottom.” Should Boseman receive two nominations, he would be the first actor to do so after his death and as well as the first American actor to do so. If Boseman receives just a single posthumous nomination he will be the first Black actor to do so posthumously and only the second after August Wilson received a posthumous nomination for Best Adapted Screenplay for “Fences” (2016).

Finch and Ledger have one thing in common that could potentially trip up Boseman. Both Finch and Ledger were past Oscar nominees. Boseman will be in competition for the first time and that could sadly be the difference between being a nominee and winner. Helping Boseman will be his legion of fans and the overall goodwill for this actor we all lost way too soon. “Da 5 Bloods” is currently streaming on Netflix and “Ma Rainey’s Black Bottom” will be playing in limited release tomorrow, November 25th, with a launch on Netflix on December 18th. Do you think Chadwick Boseman will be nominated for an Oscar? If so, which category do you think he’ll be nominated in? Do you have him winning in your predictions? Check out our current Oscar predictions here. Let us know your thoughts in the comments section below or on our Twitter account.