Can “Judas” Be The Messiah Of The best picture Race? 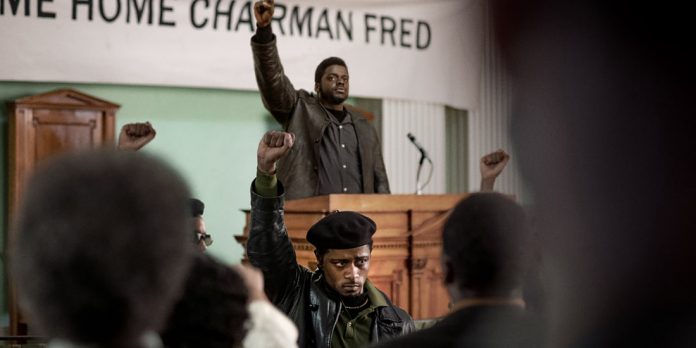 ​For the first and hopefully last time in modern times, a New Year has come without bringing the Oscar submission deadline with it. As such, 2021 begins with a few mysteries left this season, chief among them “Judas and the Black Messiah” Suspicions are abound that this last-minute entry could seriously shake up the Best Picture race, along with the growing sense that this race really needs it to.

Right now, the most heated Best Picture speculation is over who’s getting nominated rather than who will win? When it comes to potential winners, the pecking order is all but set for “Nomadland” to lead among critics. Simultaneously, the industry is still predicted to lean towards “The Trial of the Chicago 7,” “Mank” or another Netflix contender. But as of yet, none of these supposed frontrunners have the passionate backing of a “Parasite” or “Moonlight,” which could leave “Judas and the Black Messiah” as the last chance for the 2020-21 season to yield such a contender.

Critics and early critic groups have shown passion for “Nomadland,” Frances McDormand, and especially, Chloe Zhao. However, the general public won’t get to see their already award-winning work until mid-February at the earliest, so there’s still no way of knowing how hard wider audiences will embrace it. Since it is an artsy, minimalist guide through America’s landscape, it may have a tougher time being overwhelmingly embraced like “Parasite” was last year. It might be easier to see it ending up like “Roma” in that it won most critic prizes and a Best Director Oscar but ultimately lost to a much less acclaimed competitor.

In this case, there are only a few alternatives to “Nomadland” most can see so far, mainly based on guessing what the industry will do rather than what some want it to do. While “The Trial of the Chicago 7” and “Mank” have their fans and critical champions, they haven’t been widely – or at least nosily – adored by every corner of Film Twitter or the general audience. But because of Netflix’s growing power and “overdue” narrative, and how specifically “The Trial of the Chicago 7” and “Mank” are tailored to certain Oscar voting demographics, many still assume one of them will win whether they admit it with a shrug or not.

There is more open adoration for other contending films, but not necessarily for a Best Picture win. “Ma Rainey’s Black Bottom” might actually be the most acclaimed Netflix film this season. Yet, the main focus of that passion so far is on wins for Chadwick Boseman and Viola Davis, which may well be a big enough victory for the movie. The same can possibly be said of “The Father” as it centers on Anthony Hopkins’ candidacy, and “Sound of Metal” for Riz Ahmed and Paul Raci. “One Night in Miami” should get big pushes for Kingsley Ben-Adir, Leslie Odom Jr, director Regina King and Kemp Powers’ script, but its odds for a Best Picture win appear longer. As for the loud champions of “Promising Young Woman” and “Minari,” they’ll likely need to spend most of their energy just getting these films and their stars nominated before daring to dream bigger.

This leaves a Best Picture race with one frontrunner that could need far more vocal support soon, one or two main challenges that may be more loved by industry viewers than Netflix viewers, and other contenders whose main hopes for victories are in different categories. But when it comes to a critical and audience darling that can be pushed by sheer force of will to victory like “Parasite” or “Moonlight,” we might still be looking. Which is why “Judas and the Black Messiah” has a real chance to steal such thunder if it fulfills expectations.

Technically, those expectations mainly come from one 2-minute trailer over four months ago. But that alone built up huge Supporting Actor buzz for Daniel Kaluuya, suggested Lakeith Stanfield as a potential Best Actor nominee sleeper, and positioned “Judas and the Black Messiah” as the “movie of the moment” to reflect our troubled times of racial unrest, despite being set over 50 years ago.

“The Trial of the Chicago 7” can also claim to be the “movie of the moment” for reflecting unstable political times then and now, and for also featuring Black Panther chairman Fred Hampton and his murder in a much smaller role. Yet that movie is a more triumphant and reassuring tale of defying anti-democratic law enforcement, at least by comparison to what “Judas and the Black Messiah” is likely to be. For that reason and others, those lukewarm towards “The Trial of the Chicago 7” and its perceived frontrunner status are more likely to hype up “Judas and the Black Messiah” as a more hard-hitting and powerful alternative.

If it is indeed a visceral and relevant account of Hampton’s life, the forces who eagerly or reluctantly plotted against him, and the war they fought over civil rights and black liberation, “Judas and the Black Messiah’ can ride such a tide into the Best Picture race and push for much more if it gets there. Such a scenario could yield a true culture clash with “The Trial of the Chicago 7” and its symbolic place as a return to Oscar and political normalcy in a post “Parasite,” post-Trump world, whereas “Judas and the Black Messiah’ may not be as eager to turn the page towards easy, voter-friendly Hollywood endings.

Of course, “Judas and the Black Messiah” must be seen first, which will be somewhat easier now that it’s under the Warner Brothers/HBO Max banner. It would be ironic, if not hilarious, if Netflix’s third straight Best Picture defeat comes partly at the hands of a streaming service that only started premiering major movies on Christmas Day 2020. But until its release to streaming and theaters on February 12th, there’s still ways to go before learning if “Judas and the Black Messiah” is a game-changing as projected. A few tweets from those who saw very early screenings before New Years’ suggest it is, yet as fellow HBO Max co-release “Wonder Woman 1984” just proved, the first wave of positive tweets can prove very misleading once more voices are heard.

There’s always a chance another late film could have a more significant impact, like fellow politically-minded true stories “The United States vs. Billie Holiday” or “The Mauritanian” or Netflix’s last surprise award season film “Malcolm and Marie.” Yet, even if one or all of them could sneak into contention for a spare Best Picture slot, they would probably need near-unanimous raves to go beyond that and a lot of other resources to overcome their very late start – the kind only “Judas and the Black Messiah” might have in its favor.

​Being one of the last films released before the Oscar submission deadline is a hopeful strategy with very mixed results. No movie first seen so close to the deadline has won Best Picture since “Million Dollar Baby” back in 2004. Yet, “1917” very nearly broke that streak just last year, and a last-minute release helped “Phantom Thread” stay fresh enough to garner several surprise major nominations in 2017. Plus, in an Oscar season extended by two months, it would only make sense to have 2020’s Best Picture be an early 2021 movie. That and many other reasons would make “Judas and the Black Messiah” a particularly explosive Best Picture entry.
​
Maybe that still won’t be enough to make a serious dent in the race, and perhaps it will come down to “Nomadland” vs. “The Trial of the Chicago 7” & “Mank” or another Netflix film after all. In that scenario, a repeat of “Roma’s” loss is just as easy to see as a repeat of a “Parasite” win. “Roma” lost its early lead in part because people were more loudly pro or anti “Green Book” than pro “Roma,” and the field beyond it was too splintered to unite behind a different non “Green Book” challenger. “The Trial of the Chicago 7,” “Mank” and even “Hillbilly Elegy” haven’t brought about a “Green Book” level backlash or counter-backlash yet, but that should change if or when one of them ever wins a prominent industry award.

By then, if “Nomadland” hasn’t developed that kind of broader passion and if no other contender who can win has, there may be little to stop a 2018 redux of some sort. That’s why “Judas and the Black Messiah” is the biggest if not last hope for another alternative to this potential outcome. It’s also partly why for the first time, January 1st has come and gone with at least one major question mark still left in the Best Picture field.

Whatever the answer turns out to be on February 12th or beyond, it could be a loud one – and in one way or another, the shot in the arm the Best Picture race spent all of 2020 waiting to find.

What are you predicting for Best Picture at the moment? Are you excited for “Judas And The Black Messiah?” Let us know your thoughts in the comments section below or on our Twitter account. Also check out the latest Oscar predictions from the Next Best Picture team here.