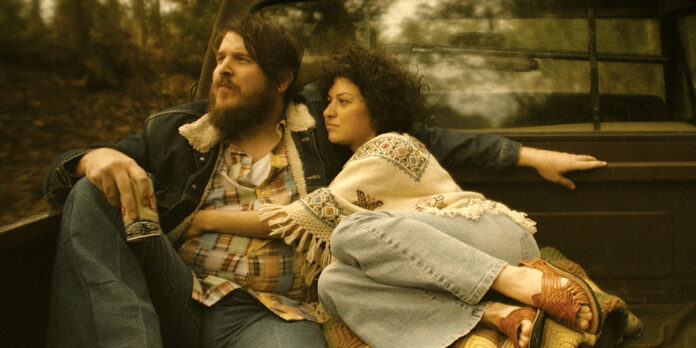 ​​​Ethan Hawke has spent the last few years reminding us that he is an exceedingly talented actor. But with “Blaze,” he proves that he is an adventurous and talented director. His touching, if messy music biopic is an incredible acting showcase for stars Ben Dickey and Alia Shawkat (“Arrested Development”), and a fascinating exploration of a tragic figure.

“Blaze” follows the turbulent life of the troubled alcoholic country musician, Blaze Foley, who penned beautiful folk tunes before tragically being killed at a young age. That’s the story. And truth be told, there’s not a whole lot of plot per say beyond that. We know Blaze died young even from the film’s earliest scenes during which former bandmates share their recollections of the singer. Hawke and editor Jason Gourson are unconcerned with chronology. Instead, they string the film’s scenes along by how moments in Blaze Foley’s life connected with other moments on an emotional level. In one scene, Foley might be happily sitting in a treehouse with his wife at the time, Sybil Rosen (Shawkat) and a minute later, he may be in a drunken bender years later. Time is unimportant. What matters instead is the heart. And so, the film moves along, dreamlike, almost as a series of vignettes of moments that mattered to Blaze Foley and the people around him. And somehow, Ethan Hawke makes it all works.

The ‘moments’ Hawke and his two leads conjure up are stunning to watch. Ben Dickey, in his debut performance, is heartrending, showcasing the soft and loving side of the musician, while also making you despise him for his self-destructive tendencies and for the lack of care he exhibits for those around him. Due to the film’s structure, this emotional whip crack of a performance and behavior can happen from scene to scene and then back again. But even in his worst moments, Foley is never a truly “bad” man. He’s an almost quixotic figure. He’s someone who makes his proverbial hill to die on, protecting an old man he just met from a wayward son. Meanwhile, Shawkat is also just as heartbreaking. At first effervescent and sweet, and later on, she’s strained and tormented by the unreliability of her lover. While the cast boasts some recognizeable names such as Sam Rockwell, Steve Zahn, Kris Kristofferson & Richard Linklater, it’s really Dickey and Shawkat who command our attention the most.

Cinematographer Steve Cosens lenses the film with shades that capture Foley’s stage in life with crisp autumn hues and later, gloomy overcast settings. And all throughout, there are the wonderful songs of Blaze Foley. They could not be more melancholy and they tinge the film with a sense of loss. The whole time, the viewer feels as though they (and Blaze) are losing something. And so, while “Blaze” lacks real narrative structure, it instead offers something else: A pure emotional wallop packed by two powerhouse performances under the direction Ethan Hawke. Watching “Blaze” is as if somebody bottled up the human sense of melancholy and force fed it to you.