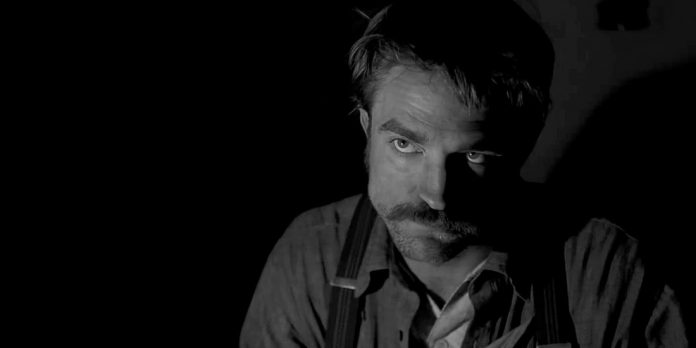 By Bianca Garner
​
“Why’d ya spill yer beans?” If anyone is aware of Robert Eggers’ surreal black comedy/horror film “The Lighthouse” then they’ll most certainly get this reference. As I found myself standing in line at 7:30 am for the press screening of “The Lighthouse” I was wondering just what had I gotten myself into. Is this film really as bizarre as everyone claims it is? Would I find it a challenge to watch and a film that would leave me frustrated, and dissatisfied as a result? Well, “The Lighthouse” is most certainly bizarre and at times, it’s a real challenge to watch, but it was the most fun I have had in the cinema this year so far. Perhaps, fun isn’t the right word because this isn’t exactly a laugh-out-loud comedy, but the surrealness of the events taking place manage to evoke laughter. I wonder whether this was just an involuntary reaction that I had little control over. Even so, I found the film frightfully funny to watch, I also found it frightening and disturbing to watch, and the imagery that Eggers has created has burned its way into my skull.

“The Lighthouse” is a film about two men who are tasked with maintaining a lighthouse a remote island in the middle of nowhere. These men are Thomas (Willem Dafoe sporting a nice bushy beard) and Winslow (Robbert Pattinson also complete with his own facial hair in the form of a mustache). Thomas tells tales of sea gods, magical gulls, and seductive mermaids. He also dishes out the orders and mocks Winslow for not drinking. Winslow begins to slip into madness. Thomas might already be mad. There are all sorts of bodily fluids depicted throughout the film. At one point, Pattinson’s character throws a bedchamber pot into the sea only to have the contents fly back into his face. If you have a queasy stomach then “The Lighthouse” is not for you.

There’s so much to unpick in terms of “The Lighthouse” and its a film I am still processing in my mind. I love the performances with both of the actors being such a dominating presence. I can’t get over the haunting score by Mark Korven and Jarin Blaschke stark black and white cinematography. I know that this will be a film that will divide audiences, but I feel compelled to revisit the film as if it was a siren lulling me out to sea.

The next film on my schedule was Kantemir Balagov’s Russian epic, “Beanpole” a film about friendship, motherhood and a broken city trying to heal. Set just after the end of WW2, the film follows two women Iya Sergueeva (Viktoria Miroshnichenko) and Masha (Vasilisa Perelygina) who became friends after fighting on the front line. Masha had a son with another soldier and asked Iya (known as Beanpole because of her height) to take care of her child. However, a tragedy takes place, and the women find their friendship is being tested.

This is a slow film, but it’s beautifully shot by Kseniya Sereda, who along with Balagove manage to capture a city and its people trying to recover. There’s a deep solemness to the film, and it’s a complex drama reminiscent of Ingmar Bergman’s “The Silence” or “Persona” both films that deal with the relationship between two women trying to support each other. “Beanpole” is certainly a slow burner, but such a rewarding watch, full of depth and soul.

​Next up was Babak Anvari’s “Wounds” which is meant to be a horror, but came off more a comedy, but unlike “The Lighthouse,” I don’t think Anvari intended to make his film a comedy. Armie Hammer plays Will, a bartender who is in a messy relationship with Carrie (Dakota Johnson) and secretly wants to hook up with his best friend Alicia (Zazie Beetz). Will’s life gets a whole lot more complicated when some mysterious college students leave a cell phone in his bar one night. He manages to unlock the phone only to discover some disturbing photos and videos and his activity soon attracts an unwanted presence.

I’m not sure what to make of this film, it felt like a poor attempt the outdo “The Ring,” and it was completely nonsensical. The film started off well but quickly lost its way and by the end, it was hard to contain my laughter at how ridiculous everything was getting. Johnson does her best, so does Beetz. Hammer takes his shirt off at one point so that’s a highlight. And, there are some genuine jump scares which are quite effective. However, this is a mess of a film and one that is worth catching on Netflix when you’re looking for something to fill some time.

Lastly, I caught up with Jessica Hausner’s “Little Joe” starring Emily Beecham who garnered a lot of critical praise at Cannes for her performance. She is simply superb in this film, playing a single mother called Alice who is obsessed with her job as a senior plant breeder who is tasked with creating a plant that makes its owner happy. She ends up taking a plant back for her son called Joe (Kit Connor) and they name the plant “Little Joe.” However, there’s something not right with the plants, as it affects anyone who comes into contact with them in a strange manner. Or does it? What is so wonderful about Hausner’s film is that it is open to multiple readings and interpretations. Is Alice simply cracking under the strain of her career and motherhood, or is there something far more sinister at play?

“Little Joe” is also deeply ingrained with dark humor, and even when the film feels like it’s on the brink of becoming a straight thriller or horror, the comedy comes to the surface. This may annoy some who aren’t expecting this type of film, but it was entertaining to watch and I think it’s a film that you will get a lot of rewatching enjoyment out of as well. Beecham is not the only actor who delivers a great performance, Ben Whishaw is very effective as the creepy colleague that doesn’t understand boundaries, and Kerry Fox is brilliant as the tragic Bella, a colleague with mental health issues and has become a subject of much mockery in the workplace. Like “The Lighthouse” there’s much to unpack with “Little Joe” and it will certainly be a polarizing film and one that you’ll either fall in love with or dislike. Either way, it’s worth seeking out for Beecham’s performance alone.