A Return To The World Of “Breaking Bad”

This phrase from Kylo Ren, or Rian Johnson technically, constantly echoes in my head during the current era of filmmaking. Whether that be for big-screen blockbusters or even television shows. Re-makes of every single nostalgic property from our past, or expansions on already completed universes seem to be bursting at the preverbal edges. Sometimes this approach can be successful. Think “Blade Runner 2049” or the resurrection of “Star Wars.” Other times it can be not so successful, such as this year’s “The Lion King” or “Aladdin.” Sometimes things should just be left alone and other times the fresh approach to a once perfectly wrapped up property can work brilliantly.

A perfect example of this working when it probably shouldn’t have worked at all, along with being one of the reasons you’re reading this article today is, “Breaking Bad.” The Emmy winning AMC show is often hailed as one of the greatest television dramas of all time. One of the many reasons this claim gets shouted from the rooftops is due to the program’s ending. Vince Gilligan, the creator of “Breaking Bad,” and his team had always discussed that the show should not go on any longer than it needed to. They had an end goal in mind and they knew how to reach it. In case you’re unaware of how the show ends, allow me to give a brief recap. Spoilers ahead, yo. ​

Basically, Walter White dies from a gunshot wound after murdering an entire compound of Nazi’s who stole his money and murdered his brother in law. These Nazis also had kidnapped Jesse Pinkman and instead of killing him as they promised, they made him cook meth to sell. So Walt is able to exact his revenge, and Jesse is allowed to ride off into the sunset. The show ends with practically universal acclaim, the finale gave everyone exactly what they wanted and then we never looked back.

Until February 8th, 2015 when we returned to an all too familiar world. The show “Better Call Saul” debuts on AMC and we get a glimpse back into the land of enchantment. Now Walt and Jesse are nowhere to be found in the show, it instead focuses on how Saul Goodman became the criminal lawyer we know him as in “Breaking Bad.” This show does take place six years prior to the events of “Breaking Bad” so they had a lot of room to work with in terms of not upsetting the fanbase. And again, Vince Gilligan and team nailed it. “Better Call Saul” is a massive critical hit that has been nominated for 23 Emmy’s. So their somewhat return proved to be worth it and quite a success. Ahead of “Better Call Saul” I’ll admit, I was a tad nervous. As a massive fan of the show, I just wanted the property left alone. I didn’t want anything to tarnish the reputation and I was proven wrong for the better.

And now, for what is seemingly going to be one final time, Vince Gilligan and his team of writing and directing geniuses take a stroll back home. A week from today, premiering on Netflix and at select theaters, “El Camino: A Breaking Bad Movie” will release. “El Camino: A Breaking Bad Movie” follows the events of Jesse Pinkman’s life after everything that occurred during the television show. Once again, here I am worried that the return to the good ole ABQ is going to end up turning sour. 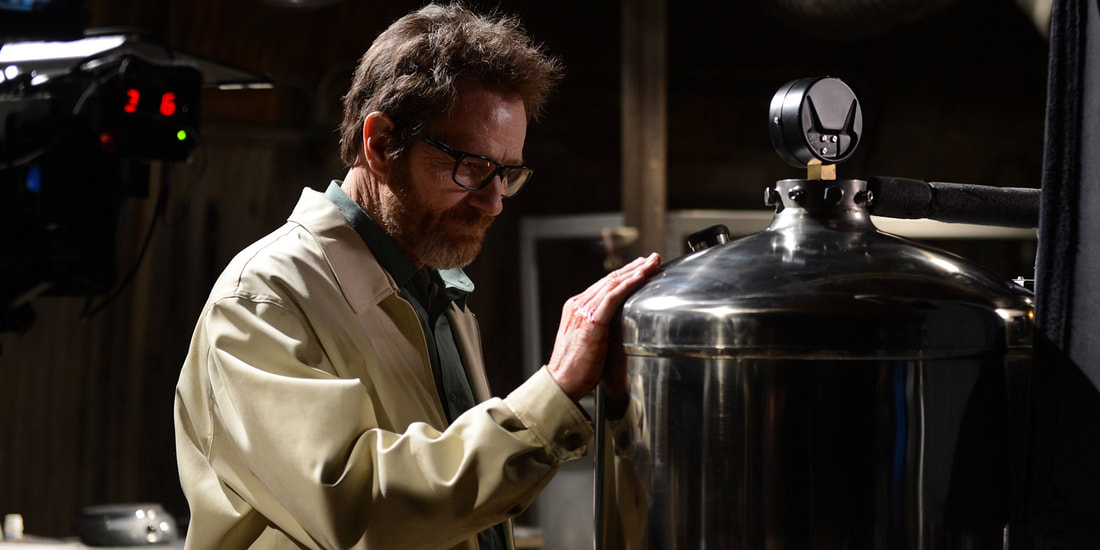 I will say, after the release of the full trailer I did get a small amount of comfort. The biggest difference between the show and the movie is that the movie does not look like the show. The film looks very cinematic which is a big bonus I think. It feels like they are truly trying to separate the two entities and make them stand completely on their own. But I do find myself asking, why? What could have made the creative team want to get back in the RV and cook one final time? I’m hoping that Gilligan and company have come up with something that is truly amazing but I remain reluctant.

This has been a question on my mind for quite some time but it has only grown more and more relevant, especially with “El Camino” releasing. The main question is: why? And it’s not more of angry “WHYYYY?!??!!” It’s more of a curious “why.” Because clearly, the independent studios are proving that to us that we aren’t running out of original ideas. One clear cut answer, especially in a case like Disney, is money. But for something like “El Camino”, which will only have a three-day theatrical run, there has to be something larger. Maybe something has just been eating away at Vince Gilligan since the end of the show and he needs to let it out.

It’s a tricky tight rope act to walk. Returning to a beloved world that had been wrapped up in such a beautiful bow with the risk of tearing that reputation down. “Let the past die, kill it if you have to.” Is Vince Gilligan going to kill his past? We’ll find out. But since we don’t know what they have in store, I suggest that we tread lightly.