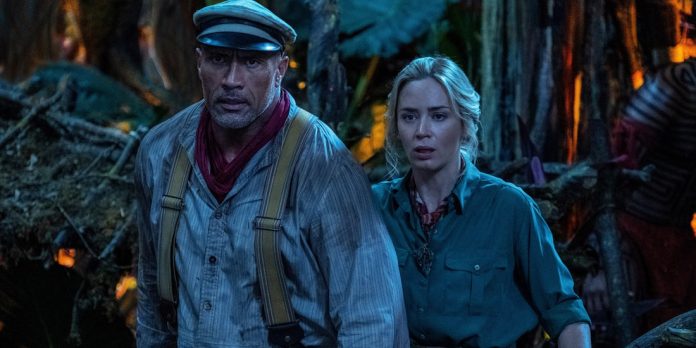 Dwayne “The Rock” Johnson continues to be the world’s biggest box-office draw as Disney’s latest film “Jungle Cruise” topped the box office this weekend with $34,200,000. The film also premiered on Disney+ with Premiere Access and will be the last of the studio’s films to have a simultaneous release format throughout the rest of the year. Meanwhile, David Lowery’s newest film, “The Green Knight,” debuted at number 2 with $6,784,000. This is perhaps the most significant opening and box office placement for a film such as this since the pandemic began and bodes well for not only other A24 movies but also other art-house features hoping for a solid turnout from moviegoers as we head into awards season (although, the negative audience scores for this film might hurt its legs in the coming weeks). M. Night Shyamalan’s “Old” held on in the number 3 spot with $6,760,000, while “Black Widow” also remained strong in the top 5 in the number 4 spot with $6,426,000. The new Matt Damon-starring drama “Stillwater” debuted at the number 5 spot with a strong $5,120,000, but his recent controversial comments might hurt that film’s chances at staying in the top 10 in the weeks ahead. The rest of the top 10 features the same franchise-fare that have held on at the box office since their respective debuts: “Space Jam: A New Legacy,” “Snake Eyes,” “F9,” “Escape Room: Tournament Of Champions,” and “The Boss Baby: Family Business.” With the release of “The Suicide Squad” coming up, what will drop out of the top 10 next week?

For physical media, Pixar’s latest film “Luca” arrives on Blu-ray and 4K UHD this week, along with exclusive special editions from Best Buy, Target, and Walmart. Another recent film coming to Blu-ray is the Angelina Jolie thriller “Those Who Wish Me Dead,” directed by Taylor Sheridan. This week’s other major new releases are the Suki Waterhouse-starring horror film “Seance” directed by Simon Barrett and the comedy film “Here Today” starring Billy Crystal and Tiffany Hadish. Arrow Video is releasing a 3-disc box set of “The Daimajin Trilogy,” the 1966 kaiju trilogy. In addition to a slew of extras, it also includes a poster and a 100-page book. Finally, Shout Factory is releasing a 4K UHD SteelBook of “The Transformers: The Movie” from 1986, with a standard edition 4K arriving in late September.

​“A Quiet Place Part II” and “A Quiet Place” both landed once again in the top 10 this week, with the sequel claiming the top spot due to its release on both physical media and streaming on Paramount+. “Pig” will be available on PVOD tomorrow and has seen a considerable uptick in popularity due to the overwhelmingly positive reviews. “Jungle Cruise” naturally had a lot of buzz around its theatrical and Disney+ debut hence why it too made the top 10. With the release of the new trailer for “Ghostbusters: Afterlife,” it’s not surprising for there to be renewed interest in the original “Ghostbusters.” Guy Ritchie’s “Wrath Of Man” is a title many are catching up with from the first half of the year while the original “Escape Room” continues to find its way in the top 10 while its sequel holds on at the box office in its respective top 10 as well.