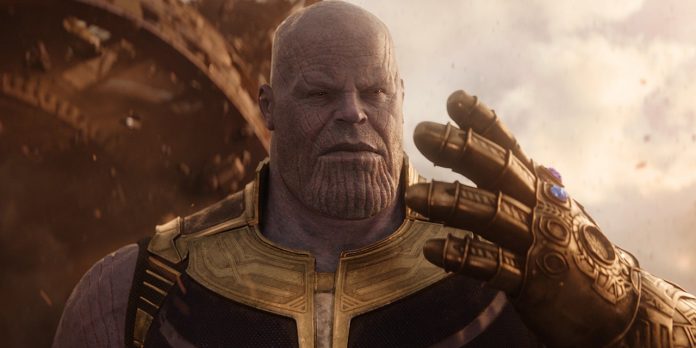 ​Marvel has seemingly strived to capture the magic behind the idea of the shared universe. Each installation of their films falls under the umbrella of the “Marvel Cinematic Universe” or MCU for short. These films take place in the same general location, at the same general time, and with the same general characters. Now, while this seems like something that would be particularly easy to produce, other studios have unfortunately found out that it is not that simple. Marvel has found a massive amount of success in something that competing studios just cannot seem to get their hands on. But what happens when over the course of ten years, the story that you have been building towards finally prepares to see its end? With the release of last year’s “Avengers: Infinity War” and now “Avengers: Endgame“, the overarching story that Marvel has been building towards is finally coming to a dramatic close.

While Marvel sees a tremendous amount of success with a majority of their films, the Avengers titles are the ones that always seem to do the best. Whether it’s the big action set pieces, the drama, or just getting to see all of our beloved heroes on screen at the same time, the Avengers films tend to perform rather well. Most recently with “Avengers: Infinity War“, Marvel crafted a perfect blockbuster. While it saw some criticism, it did achieve some things within their set universe that I believe are truly outstanding. “Infinity War” has some of the best performances in any Marvel movie, some of the most exciting action sequences in any Marvel movie, and an ending that knocks the wind out of you. So without further adieu, here are some things that I think make “Avengers: Infinity War” one of the greatest blockbusters in recent memory. 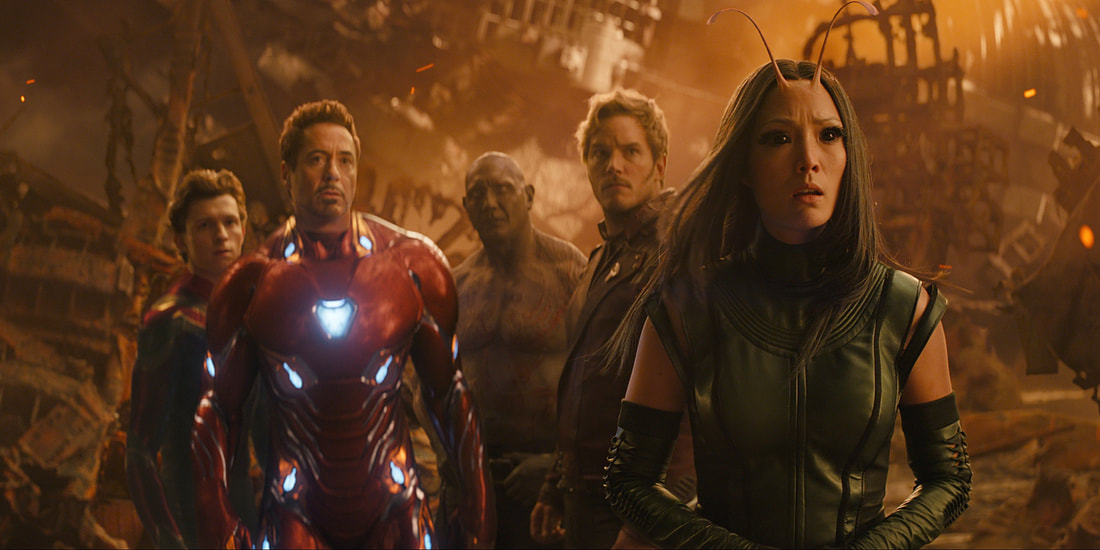 It was beyond impressive what we saw Joss Whedon do with the number of characters he had to wrangle in the first “Avengers“, but Anthony and Joe Russo are working with almost triple the number of actors in this film, with an even larger number of extras. While there are obviously some characters who get a little more screen time than others (I.E. Thor, Gamora, Iron Man, etc.), just about every hero we’ve grown to love over the last decade gets a shining moment. While some characters get to show off a bit more range with their scenes, like Rocket and Thor in the spaceship, Star-Lord, and Gamora on Knowhere, and Iron Man and Spider-Man during the climax, everybody gets to have something to chew on, whether it be dramatic or comedic. Danai Gurira’s brief performance after the loss of Black Panther is a massive emotional gut punch and her reaction is only shown for a maybe seconds, but we still feel the massive impact of how her character feels in that very moment.

​2. A Memorable Performance From Josh Brolin 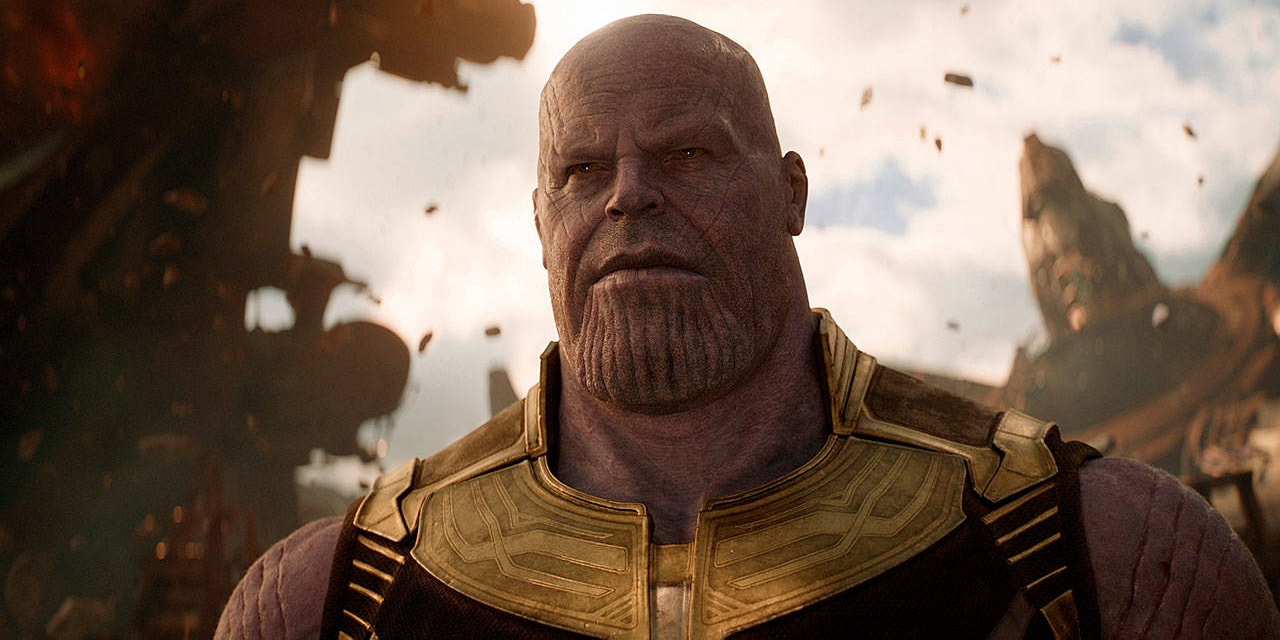 I kind of feel bad for the actors playing the heroes in Marvel films during 2018, because that was the year for villains. The year exploded with easily one of the greatest villain performances to date with Michael B. Jordan’s Erik Killmonger. The trend continued with Josh Brolin’s Thanos and wrapped itself up with Hannah John-Kamen’s Ghost. In the case of “Infinity War”, Brolin as the self-proclaimed prophet, hellbent on balancing the universe, is one of the most underrated performances from a comic book movie. Much like Andy Serkis in the “The Planet of the Apes” franchise, the way that Brolin manages to get his subtle facial expressions to shine through an entirely motion-captured CG performance is absolutely outstanding. He delivers his dialogue with grace and fluidity. Rarely do we see Brolin speak out of anger. He is always calm and collected, at peace with the decisions he is making. The emotion that shines through his giant purple face is something I often find myself thinking about: How he was so perfect at making his facial, vocal, and physical cues known through the technology. Thanks to Josh Brolin, Thanos was saved from just being another typical “I want to end the entire world” type of villain. He brought balance to the stereotype if you will.

​
​3. A Surprising Yet Comfortable Amount Of Humor 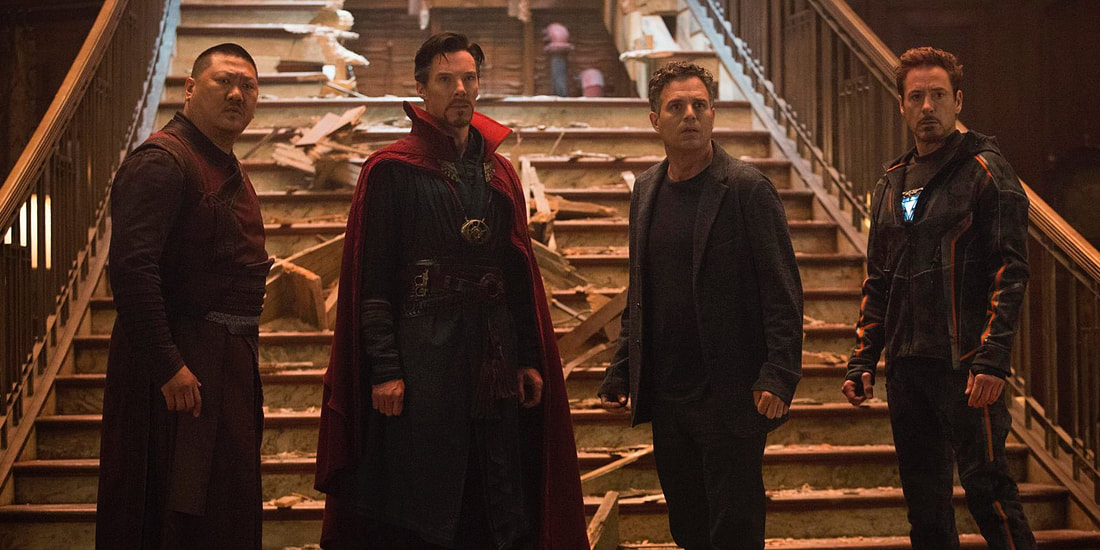 Marvel is no stranger to comedic relief. Sometimes the majority of the film is based around the humor like “Guardians of the Galaxy”, or “Ant-Man.” When the stakes are incredibly high, the studio likes to scatter jokes throughout the film so that we can still have a fun time. “Avengers: Infinity War” is easily one of the most dramatic and intense Marvel films to date but it had a surprising amount of comedy. The comedy mainly came from certain heroes meeting and interacting with others for the first time. The pairings that the Russo’s chose were flawless and offered up some downright hysterical moments. Some of those moments included “I’ll do you one better, why is Gamora?!” or Thor introducing Groot to Captain America, “This is my friend, tree.” “I am Groot!” “I am Steve Rogers.”

“Avengers: Infinity War” might be one of the most exciting Marvel films action wise, aside from “Captain America: The Winter Soldier” and “Civil War.” One of the reasons I think this may be is because all of the heroes have had their powers for a significant chunk of time so they’ve learned how to harness them and use them at their full ability. The Battle in Wakanda and the Battle on Titan are both incredibly exciting action sequences. The chills that get sent down your spine when T’Challa screams “Wakanda Forever!” as his army and fellow heroes sprint down the hill to fight Thanos’ army or the back and forth dueling of the heroes against Thanos himself on the titan’s former home planet, or even the opening fist fight between Hulk and Thanos is one that doesn’t get a lot of love. Instead of just two giants throwing each other through buildings, Thanos shows off some insane moves to best the Hulk. One fight sequence that gets me incredibly excited is when Doctor Strange faces off against Thanos. Getting to see the master of the mystic arts use all of the crazy spells that he has learned since becoming Sorcerer Supreme is easily one of the coolest parts of the movie. And of course, there is the ridiculously amazing moment of Thor arriving in Wakanda to turn the tide of the fight, which is easily one of the coolest things to ever happen in any Marvel movie. 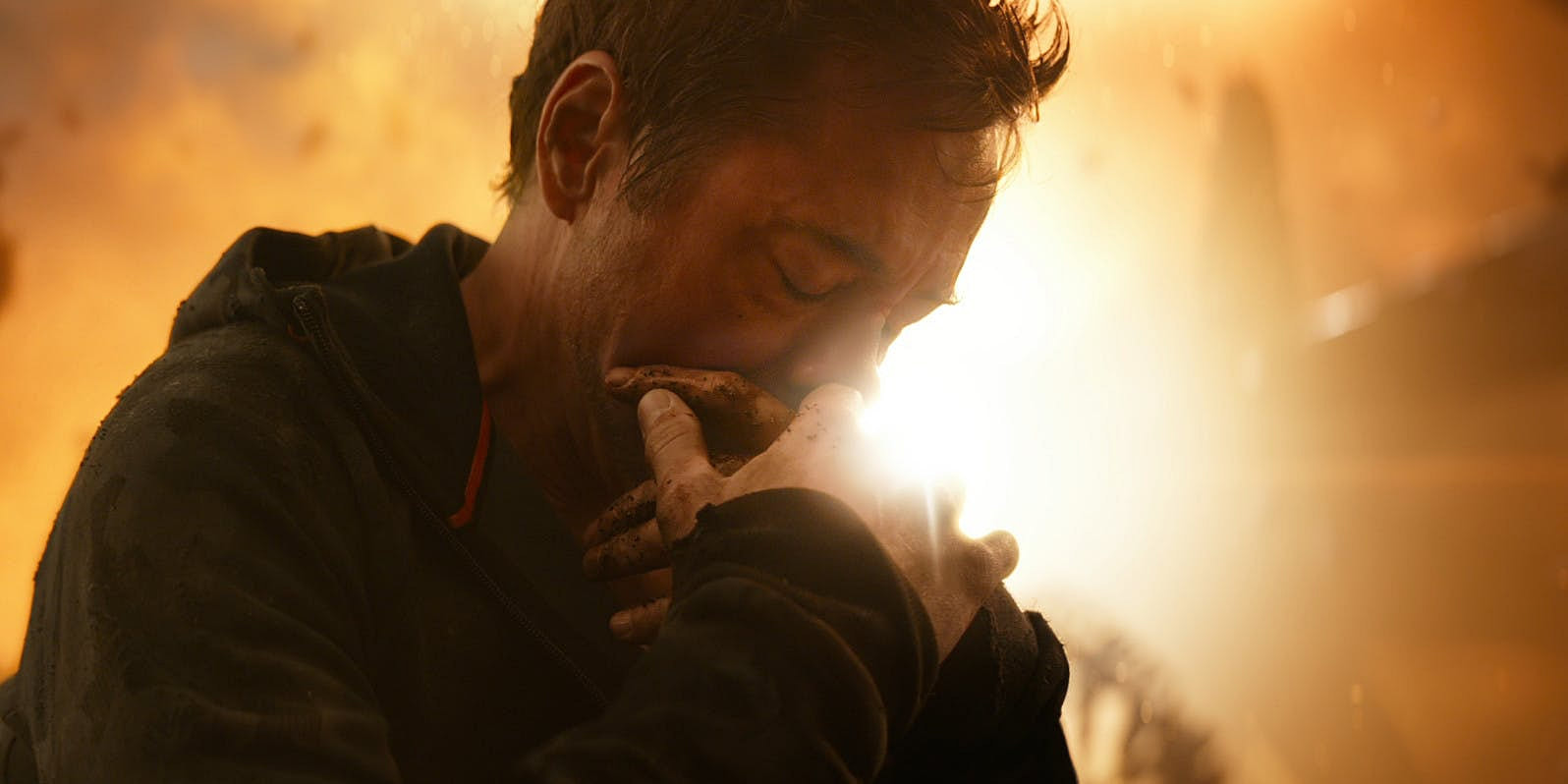 The ending, which has now coined the phrase “The Snap”, is something that I think has gotten a ton of unfair criticism. I saw a lot of people saying that the ending isn’t emotional because we know that Marvel is making more movies with the characters who were snapped. But within the context of the film, the Snap is one of the most devastating things to happen in a Marvel movie. Sure, we know that there will be more movies with those characters that bite the dust but for the first time ever, our heroes have lost. Almost every Marvel movie that leads up to this one dealt with some sort of being who wanted to end the world and those villains never came remotely close to actually winning. Thanos succeeds in his goal and wipes out of half of the universe. Our heroes watch as their friends and allies die before their eyes with no foreseeable way of getting them back. It’s a massively crushing moment for the heroes we’ve come to love over the past decade because for the first time, they are helpless. They aren’t super anymore and their immense power can no longer fix all of the problems. Obviously in “Avengers: Endgame” we will more than likely see our heroes devise a plan to save their friends but for now, they are left alone and completely useless.

What do you think of “Avengers: Infinity War“? Are you excited for “Avengers: Endgame“? Let us know int he comments section below or on our Twitter account.