​Are Comedies For Adults On Life Support? 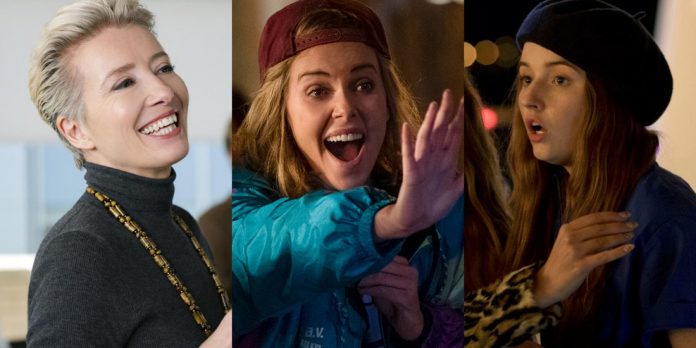 The biggest story in the past few weeks among Hollywood industry watchers has been the soft summer returns at the box office (though that’s about to change with another Disney release this weekend), a complaint that seems to come up in some form year after year. What is different about this summer, however, is that the major disappointments so far have been with sequels to previous hits, usually the most reliable tentpoles on which a studio can rely. Week after week this summer, sequels to such box office winners as “Godzilla,” “X-Men,” “The Secret Life of Pets” and just last week, “Men in Black” and “Shaft,” each of which opened at least 50% lower than their predecessors. The only spectacular exception is “John Wick: Chapter 3 — Parabellum” which has already grossed more than the previous “John Wick” films combined.

Yet, underneath the headlines of “sequelitis” lies an equally disturbing box office story, one that may have far more disturbing ramifications as to what kind of films get green-lit in the future. Comedies made for adults, a summertime staple often used as successful counter-programming for grown-ups who have little interest in seeing a prehistoric monster stomp around Boston, are suffering the same box-office fate as the blockbuster sequels: far fewer people are going to see them.

​Case in point: in the month between May 3rd and June 7th, three mainstream comedies were released as an adult alternative to the blockbusters: “Long Shot” on May 3rd, “Booksmart” on May 24th and “Late Night” on June 7th. Each title had a significant amount of promotion behind it and, more importantly, each had solid to excellent reviews — “Late Night” has an 80% favorable rating among critics on Rotten Tomatoes, “Long Shot” is at 81% favorable, and “Booksmart” a whopping 97% favorable. Yet all played to relatively sparse crowds.

“Long Shot” is arguably the most baffling of the disappointments because it highlights great work by two bona fide movie stars who have in the past put butts in seats. I’m convinced that Oscar winner Charlize Theron can do anything, and her Secretary of State here is at times laugh-out-loud funny, as is Seth Rogen, who I would argue hasn’t been this good since “Steve Jobs.” But “Long Shot’s” budget is said to have been about $40 million with an equal amount likely spent on publicity and advertising (that P&A cost on summer films can be especially high). Yet after seven weeks in theaters, it has only grossed $30 million, with little chance to make its money back in the international market.

A similar fate may befall Mindy Kaling’s “Late Night,” a comedy for which Amazon had high hopes, shelling out a reported $13 million for the film at Sundance, perhaps seeing it as this year’s equivalent of 2017’s summertime comedy hit “The Big Sick.”  Certainly, with a smart script by Kaling and a star performance from Emma Thompson, that outcome might easily have happened. Amazon’s last-minute decision to switch its June 7th opening to a NY/LA platform gave it a huge per-theater average that weekend, but when the film opened at 2200 theaters recently, its gross was $5.25 million, about half of even “Long Shot’s” opening 3 days.  With a rumored P&A cost of $35 million, “Late Night” has a ways to go before remotely smelling profitability, at least in its theatrical run.

Most upsetting of all was the relative tanking of Olivia Wilde’s “Booksmart,” one of the most anticipated films of the summer after its triumphant screening at this year’s South by Southwest festival in March. Given its awards potential, most film observers anticipated a platform release, with its distributor Annapurna gradually rolling it out through the summer to keep the awards momentum going. Instead, the studio opened it wide at over 2500 theaters, and by this coming weekend, it will be gone from most of them. A case could be made that Annapurna made more money with a wide release (nearly $20 million so far) than they could have with a platform rollout, but the in-and-out strategy will make it that much more difficult for awards voters to remember the film at year’s end where it certainly deserves to be recognized.

​This comedy box-office drought is not simply limited to mass-audience films — it’s being seen even in the art-house world. For example, one of the most reliable teams in the specialized film arena has been French filmmaker Olivier Assayas and his favorite star, Oscar-winner Juliette Binoche, who team up again with the smart sex comedy “Non-Fiction,” which opened on May 3rd.  Assayas’ most recent films have delivered solid box office, at least in art-house terms. His 2015 film, “Clouds of Sils Maria,” pairing Binoche and Kristen Stewart, grossed $1.85 million and his most recent film with Stewart, the ghost story “Personal Shopper,” earned $1.3 million in the U.S. alone. “Non-Fiction” will be lucky to break $700,000 at the U.S. box-office. Granted the earlier films were in English, and “Non-Fiction” is in French, yet Assayas’ 2009 film with Binoche, “Summer Hours,” was also in French but still grossed almost $1.7 million. Something’s going on here, and it may have a few disturbing consequences.

The most obvious answer is Netflix and other streaming services, which have helped moviegoers around the world much more comfortable with cuddling up on the couch and watching a comedy in their home La-Z-Boys. (Granted, most Netflix original comedies seem to star Adam Sandler, but you know what I mean). Why go to all the hassle of hiring a babysitter, paying for parking and putting up with texting teens when you can stay home and see the same comedy via steaming in three months?

And that question leads to a larger, more disturbing one: why would any studio risk tens of millions of dollars on an original comedy if the film (based on this summer box office) is likely to lose it all? If next year, moviegoers complain, “Why aren’t there any good comedies?”, it’s because we didn’t support the good comedies they gave us this summer. So if any of these four comedies are still playing near you this weekend, please pay to see them in a theater. And by all means, put on your radar upcoming comedies of quality — start with Lulu Wang’s “The Farewell” on July 12nd — so that we can show the studios that there still is an audience for smart, funny comedies.