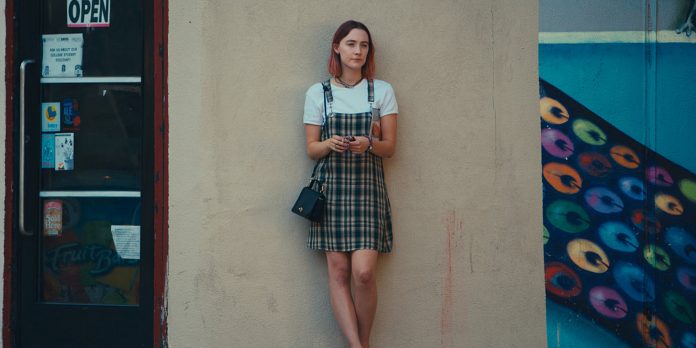 “Lady Bird” took the world by storm after premiering at the Telluride Film Festival early September. The buzz since then has been quite resounding. Written and directed by Greta Gerwig, whose fame mostly derives from her performances as an actress, “Lady Bird” has been heralded by the consensus with a unanimous adoration and praise. The film’s reviews have been spotless since Telluride, mostly crystalizing through its limited theatrical release this week. The reviews, such as one from The New York Times’ A.O. Scott, make the film seem untouchable and literally perfect. Its Rotten Tomatoes and Metacritic scores support this claim. It could be argued that no other film this year has been reviewed better than “Lady Bird.” Talk of nominations and awards has inevitably followed. More and more people have placed the film in their predictions in the Oscars’ biggest categories.​

​If anything, “Lady Bird” has had a rise in Oscar predictions that felt too quick and forced, all based on personal or intimate reactions to the film. In fact, it has taken me a long while to consider “Lady Bird” as a legitimate contender for categories like Best Picture and Best Actress. Why? Because I’ve been down this road with female-driven and female-centered projects, and it doesn’t end pretty. “Lady Bird” is not a typical movie we see nominated the Academy Awards. Academy members mostly skew to an older, white, male crowd, and their selections for the major categories reflect their personal tastes or films with which they can identify. Most of the time, films with a female protagonist are not even considered in categories like Best Picture or Best Director.

“Lady Bird” is a coming-of-age comedy about an eccentric young woman. While it’s quirky and unique, it’s not necessarily Oscar bait. Though films with female leads are becoming more common, the Academy has shown they have to have some other kind of aspect to admire for them to latch onto a film. The cast and screenplay are what primarily drives “Lady Bird;” it’s not a science-fiction epic like “Arrival,” nor a historically safe period piece like “Hidden Figures.”

“Lady Bird” could be a hard sell to the Academy. No movie quite like it has ever been nominated in the big categories (Best Picture, Best Director, or even Best Actress). If I stretch for a recent Academy precedent to argue a feasible path for “Lady Bird,” one could see “Juno” and “The Kids Are All Right” are female-led comedies that earned Best Picture nominations. Still, those films carried a larger, more relevant social commentary, and I would argue were friendlier to a mainstream audience. My fear in using the glowing reviews as a reason to predict “Lady Bird” for Best Picture, Best Director, and Best Actress is, the film is probably more in the vein of a film like “20th Century Women,” and which the Academy did not wildly shower with nominations last year, rather than the other films I mentioned above.

That all being said, “Lady Bird” has a lot going for it and an opportunity to build momentum for a theatrical release, wide-scale lauding from critics in reviews, and building a reputation through major film critic circle awards. If the film is kept in the conversation as the golden child of the year, it could very well be difficult for the Academy to ignore it. Heck, it could play the major award circuit on the back of its actors and build steam gradually, something like “Dallas Buyers Club” did in 2013, as the independent film that could.

The easiest nomination for the film to earn at the Oscars will be Best Supporting Actress for Laurie Metcalf, who plays the central figure of the protagonist’s mother in the film. Metcalf has been around the block in the industry and has been celebrated for her work in television. With this role, she has a character who is emotionally resonant and funny. Considering her lack of competition in the category, a nomination is almost certain. (Though fellow television-veteran, Allison Janney’s mother portrayal in “I, Tonya” may outpace Metcalf for the eventual win).

A film like “Lady Bird” is the type of movie that feels destined to be recognized for its clever, bright, and humorous screenplay. The script is one of the most mentioned attributes in film reviews and discussion panels, so “Lady Bird” should be winning the hearts and minds of the Academy’s writing branch. My only hesitation is, Best Original Screenplay is jammed pack this year and “Lady Bird” could be the victim of the films in the top five or six for Best Picture pushing it out of the category.

The hardest category for me to get on board with for the longest time was Best Actress for Saoirse Ronan as the title character. Not because her performance looked inferior in any way to the other contenders, but because this is not the typical role that earns a spot in the Best Actress Oscar race. For the Golden Globes, this is the perfect type of role to nominate, or even win the category. But compared to her stiff competition, some of whom are playing nonfictional characters, there seems to lack a sense of urgency, especially since Ronan was recently nominated for “Brooklyn.” However, her reviews are stellar and if the film begins to take off, it’s my growing opinion that Ronan will make room for herself in the Oscar’s category on the backs of critical support. If she can fend off actresses whose roles are more up the alley of the Academy voters, like Jessica Chastain in “Molly’s Game” and Judi Dench in “Victoria and Abdul,” it’s her nomination lose.

Best Picture is a difficult category to talk about because of the roaming 6-10 slots. “Lady Bird” has the sense voters would rank it somewhere in their top 10 of the year. But voting for Best Picture is more complicated than that. Voters choose their top five films and, to receive a nomination for Best Picture, a movie has to accrue a “magic number” of votes that is earned by being listed in the number one slot on the Best Picture ballots. It’s difficult to imagine how many voters in the Academy, based on the demographics and age makeup, are going to vote “Lady Bird” as their number one film of the year. That idea has been holding me back for a long time…until the film’s reviews from its theatrical run were released recently. The hype around “Lady Bird” and all of its storytelling successes are unheard of in contemporary coming-of-age stories. Better yet, having the November 3 release date allows it time to build word-of-mouth and an even bigger reputation than it already has as a pundits’ festival favorite.

I’m sold on Best Picture, Best Actress, Best Supporting Actress, and Best Original Screenplay for now, at height of the film’s release, while all eyes are on it. A category like Best Actress could shift as later films are released and peak at the right time, or its status in Best Picture could be in jeopardy if the film doesn’t perform at certain guild awards, like the Producer’s Guild Awards. But one category I’m adamantly against predicting “Lady Bird” for is, Best Director. For the record, Gerwig being nominated for her directing work would be awesome and a big move for female filmmakers and the possibilities for women within the industry. But, the tone, topic, focus, and genre of “Lady Bird” will most be injured in the Best Director category. Only four women have been nominated for Best Director in the history of the Academy Awards: Lina Wertmuller (“Seven Beauties”), Jane Campion (“The Piano”), Sofia Coppola (“Lost in Translation”) and Kathryn Bigelow (“The Hurt Locker”). All of these films fit the Academy mold and carried more Oscar-bait than “Lady Bird” does. Fair or not, the Academy is not always a meritocracy. It can’t be when the majority of the directing branch consists of heterosexual, white, male voters.

What do you think? What nominations are you predicting for “Lady Bird?” Will it be a hit with Academy voters or simply perform well in a handful of categories?